Home Entertainment I’ll do giveaway to real rape victims with proceeds from my lawsuit...

Talented Nigerian entertainer Oladapo Daniel Oyebanjo, popularly known as D’banj, has vowed to do giveaway for the real victims of rape if he wins the N1.5 billion suit against Seyitan.

named Seyitan Babatayo and the issue have been on the spotlight ever since it started.

against him by Seyitan, has sued for N1.5 billion.

to do if he’s found innocent by the court of law.

@EkehWest, who asked him to give his fans a share of the money when he gets it.

“Promise us also that you will do giveaway from that 1.5b,” he tweeted.

In his response, Dbanj promised to do a giveaway for the real victims of rape and

also to the helpless people rendering support to Seyitan, his accuser.

“Of course I will, for the real victims of rape and the helpless. @[email protected]” 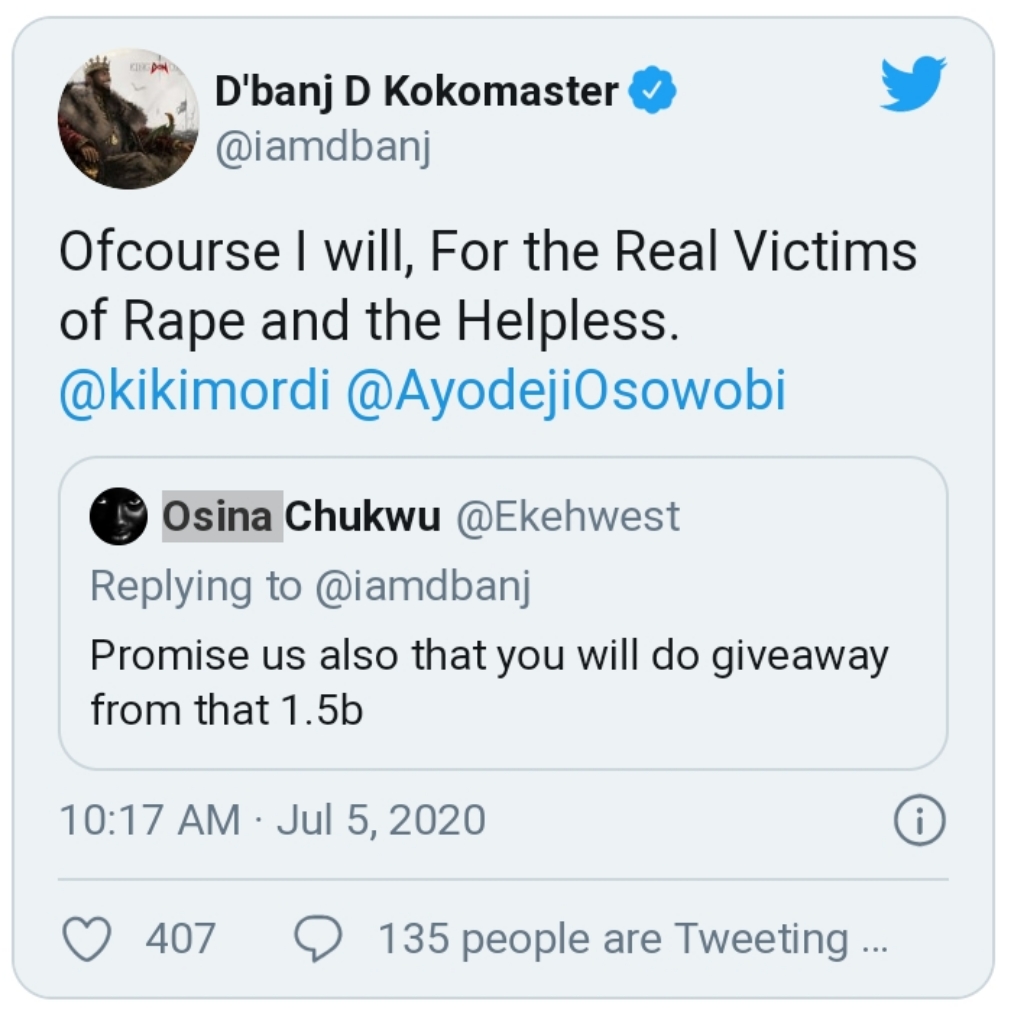 fans await the final judgement from the police who are currently investigating the situation.

EndSARS: We have to complete what we started — Falz breaks silence (Video)