Afrobeat singer and songwriter, Reekado Banks has come hard on a troll who 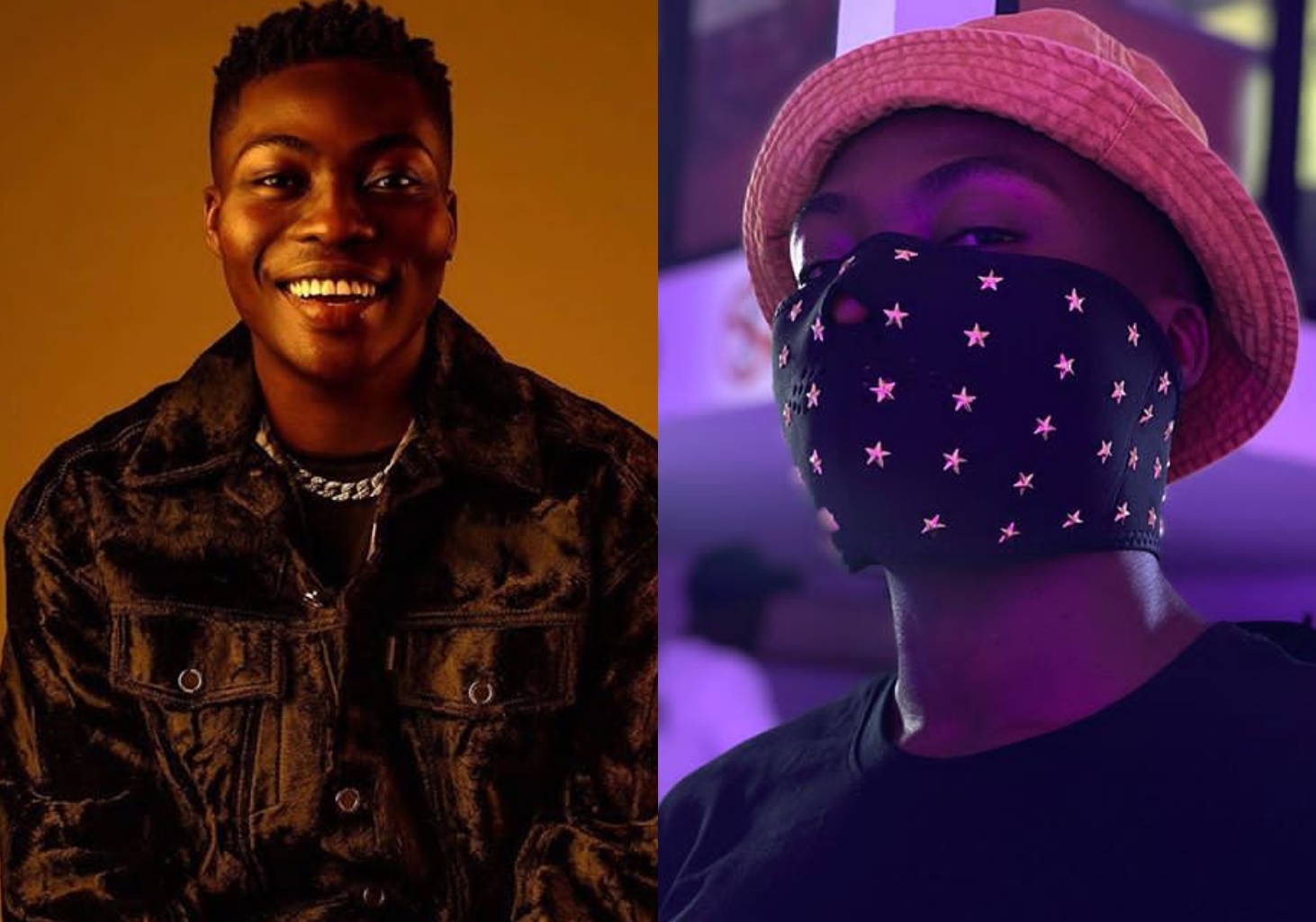 fans for any reason that’s best known to them.

Reekado Banks has now been dragged into a heated conversation with a fans who tried to troll him concerning his musical career.

However, Reekado Banks’s attention was caught by a follower reply who stated he

The fans had tweeted: Lol. Reekado actually has good songs.

Not having time for such on his page, Reekado Banks blast him as he noted that

he has been dropping hits for 6yrs, an achievement Don Jazzy can vouch for.

at this time in his career then he should just f*ck up his page.

What is the ‘lol’ for , what is the ‘actually’ for? Na my job, been doing it for 6yrs now. If you don’t expect me to have good songs, the joke is on you ! Musically, no one knows more than Don jazzy that introduced me to the game, so fuck you and the useless surprise.

See screenshots of their conversation below; 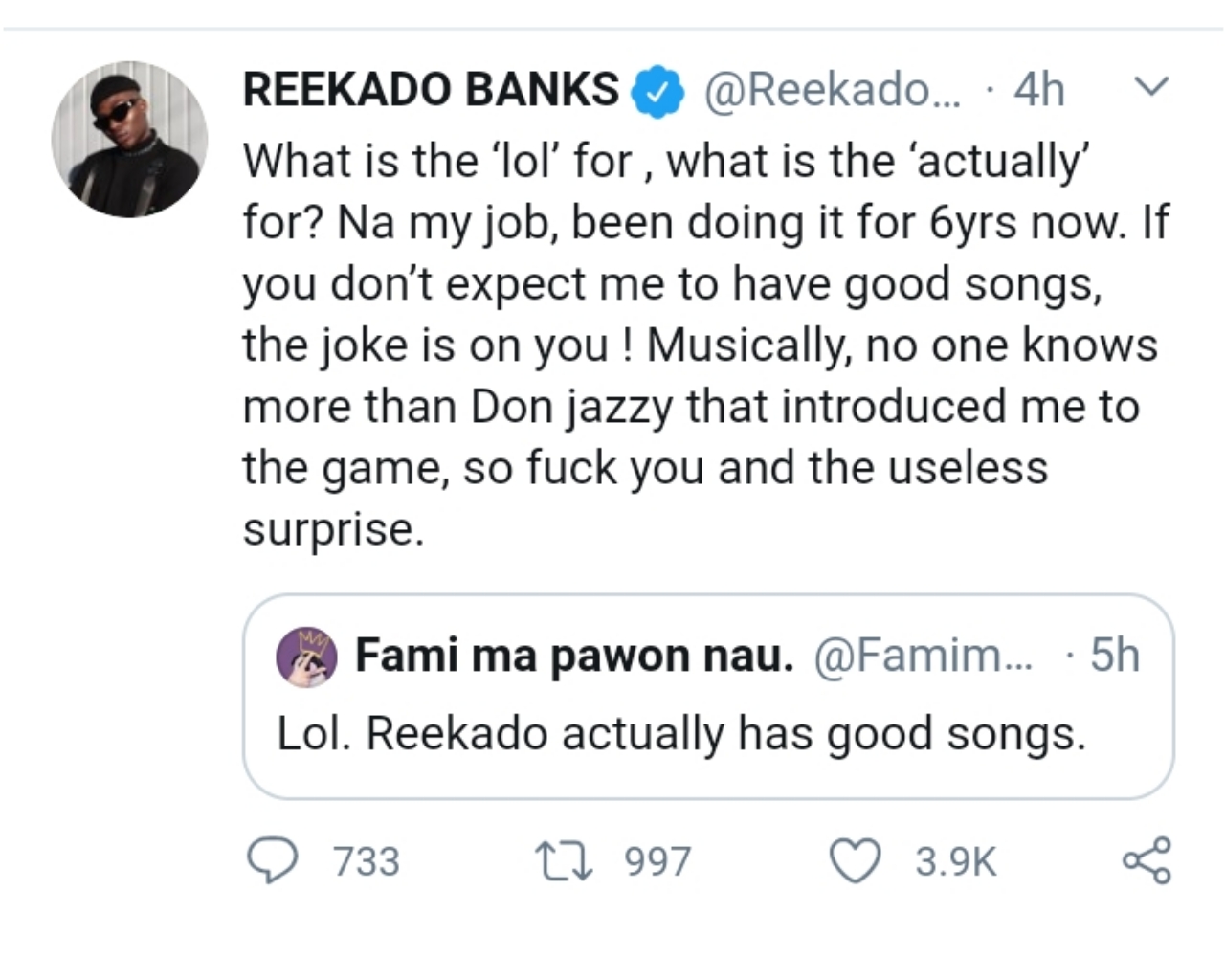