Nigerian singer and songwriter, Burna Boy has a big thing to cheer about as his collaboration with Jorja Smith has been recognized in France. 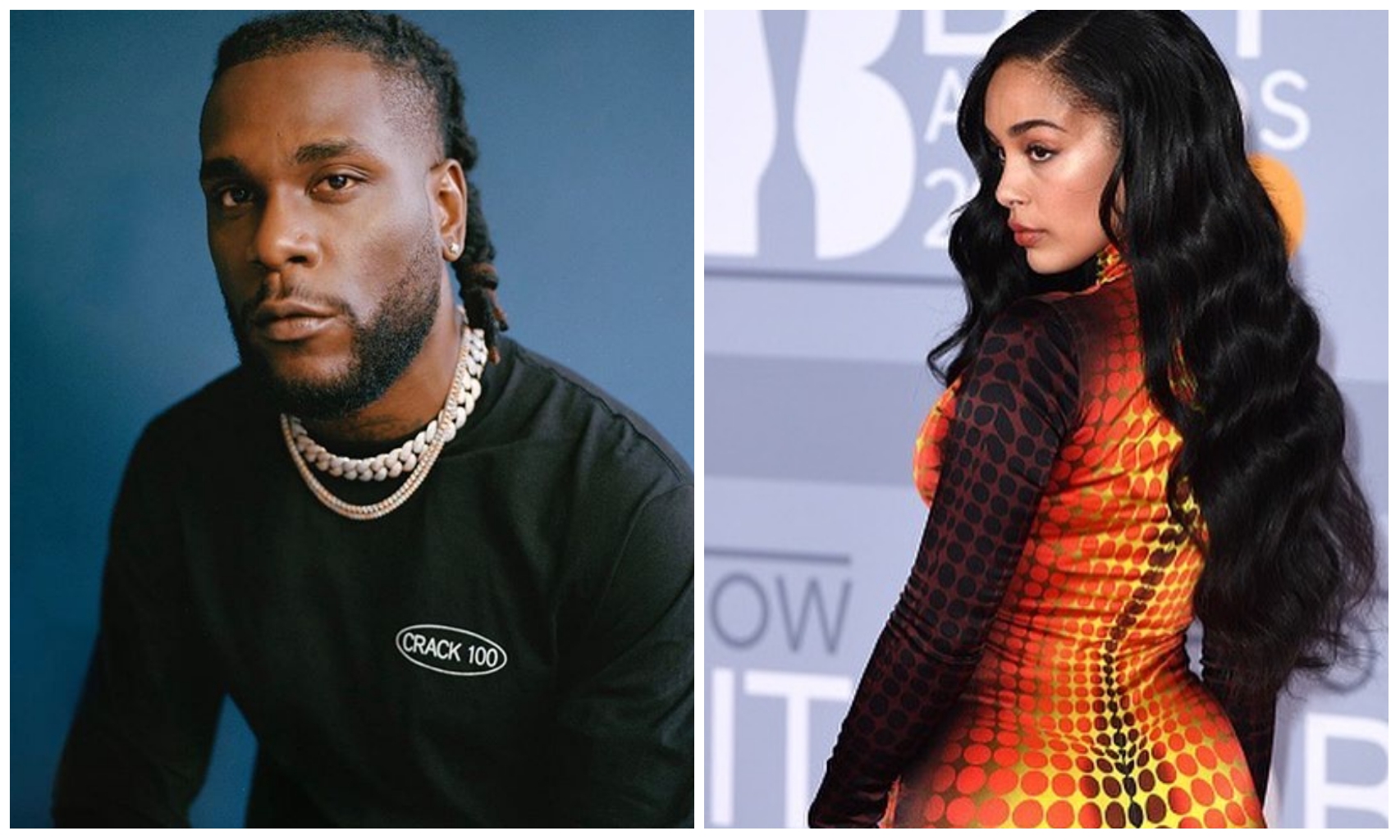 media but his past works are doing good for him in the global stage.

collaboration with Jorja Smith get recognised in the European country.

goes Platinum in France, a move that delight Burna Boy.

Burna Boy and Jorjasmith had previously collaborated on “Gum Body”, a song off of

have their song recognized in the country.

One dance by Drake ft. Wizkid & Kyla and Bella by MHD ft. Wizkid have also been

certified Platinum in France in the past

before but has now been joined by Burna Boy. 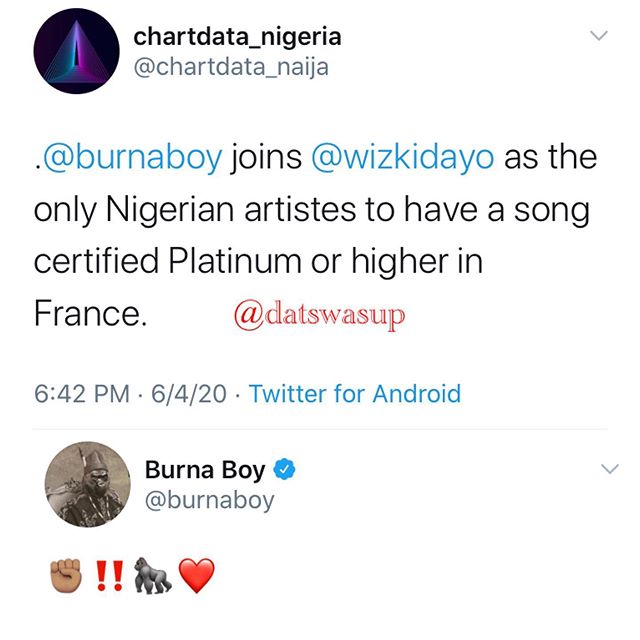