Though she is Kenyan and the aalleged racist attack was against a Kenyan, still Victoria Kimani saw no bias but only the bigger picture that we are all Africans afterall. Her defense of Nigerians occurred when a Nigerian twitter user made an allegation that Nigerians are simply hypocrites when it comes to doing things to trend. 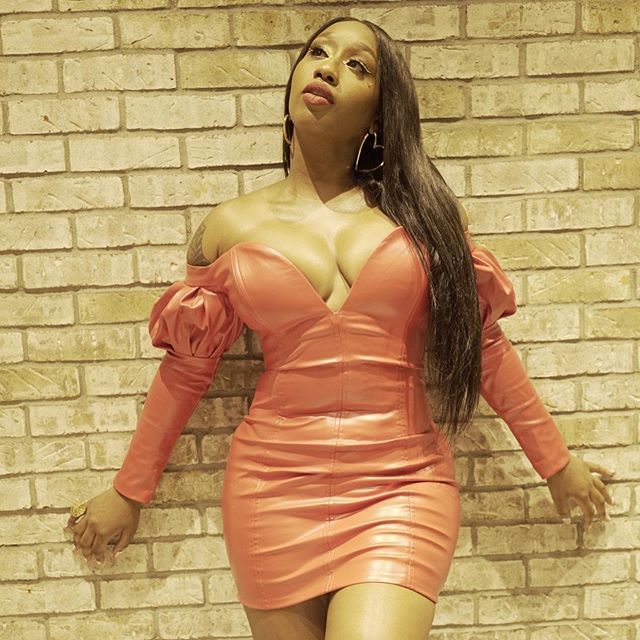 The random twitter user claimed that though Nigerians then accused Beyonce of not including Kenyan artistes in her ‘The Gift’ album, yet when US-based Kenyan actress Lupita Nyong’o plays role of an Igbo lady in a new flick, the same Nigerians are now crying fowl. That nothing ever satisfies the average Nigerian.

But in a tweet response, Victoria Kimani reminded the individual that we are “One Africa” afterall. See her tweet below: 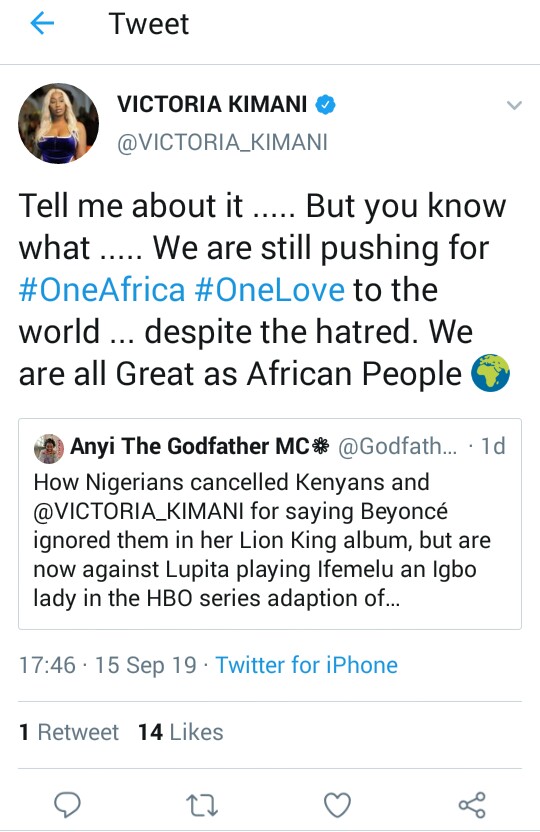 And below here’s the tweet that started the whole accusation against Nigerians:

How Nigerians cancelled Kenyans and @VICTORIA_KIMANI for saying Beyoncé ignored them in her Lion King album, but are now against Lupita playing Ifemelu an Igbo lady in the HBO series adaption of chimamanda Adichie's "Americanah" is so hypocritical and anti-progressive