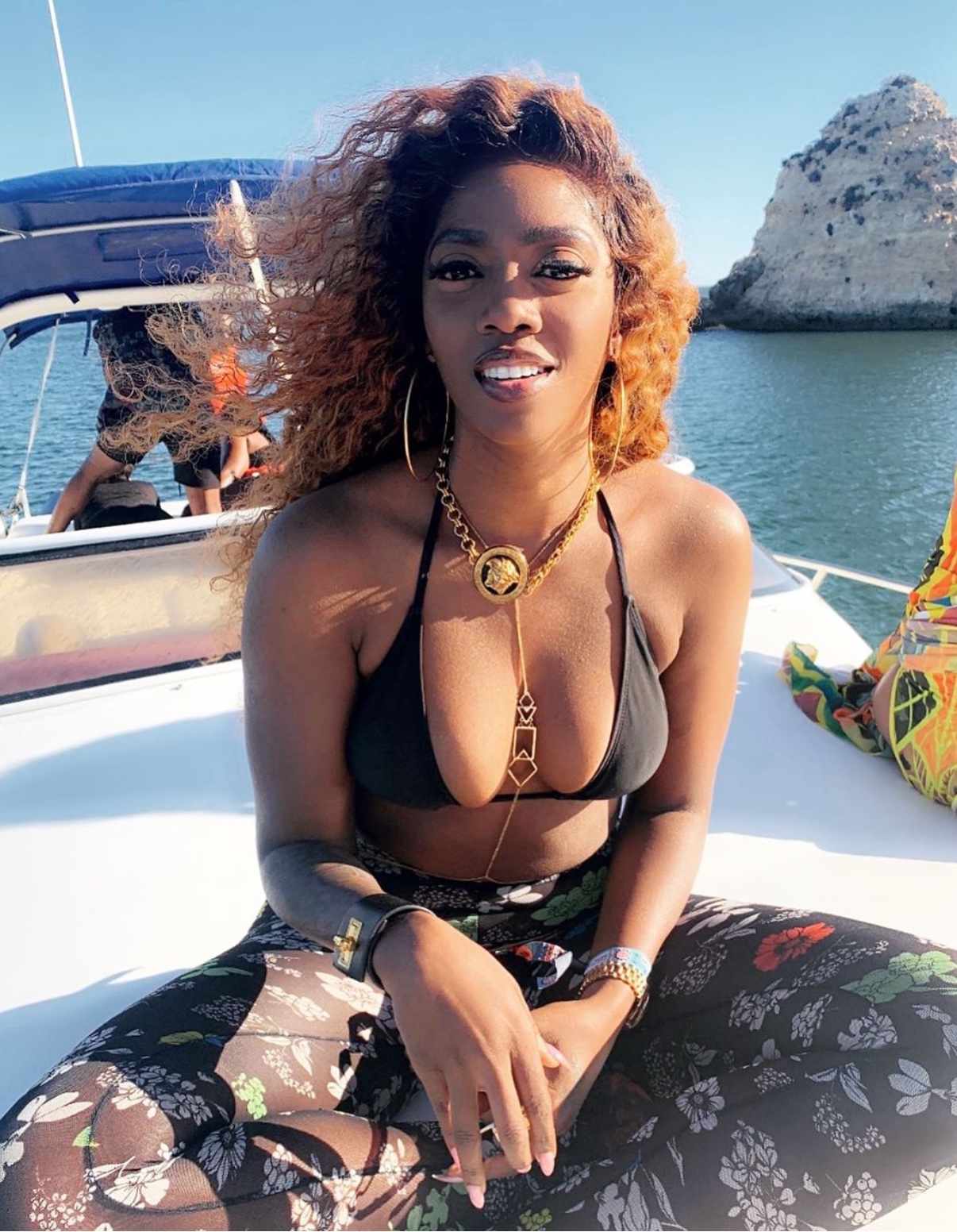 Tiwa Savage revealed beneath Shatta Wale’s repost of her video jamming on his ‘Already’ song with Beyonce that he sees good heart in him as against the evil image some section of his critics have painted him to be.

She wrote on her official twitter handle; “King..you are misunderstood sometimes but I see a good heart. Blessings forever…”

Shatta Wale is one of the most socially attacked musician in the history of Ghana.

He is tagged as the most troublesome due to how he sparks controversies on social media.

See their interaction below; 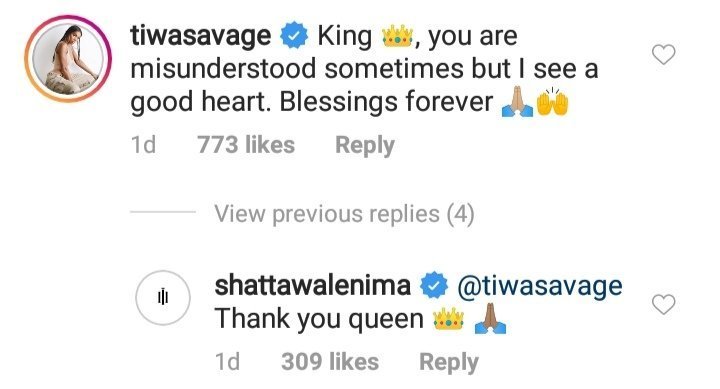