Popular celebrity fashionista, Toyin Lawani have urged citizens of Nigeria not to forget about the incident that happened at the Lekki tollgate as she noted that someone ordered the shooting. 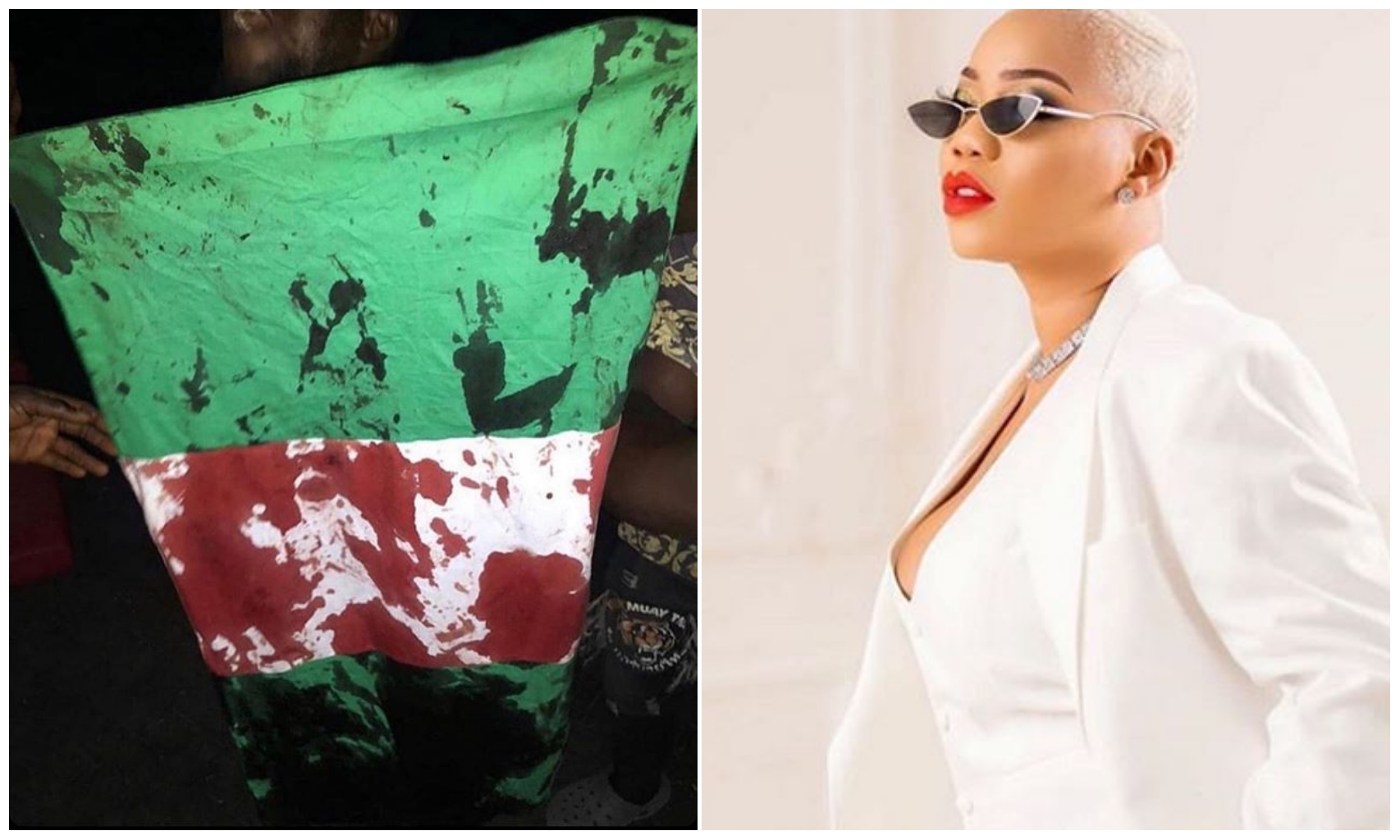 October 20, 2020 is a day that will never be forgotten by Nigerians as peaceful

protesters who were protesting against police brutality and bad governance were

killed by some suspected military men.

known for helping millions of people get to their various destinations.

With the military already denying that the killings came from their department,

Nigerians have continue to ask a simple question which is who ordered the killing.

someone ordered the killings.

with fans and followers who are on the verge of starting their daily activities.

According to Toyin Lawani, Nigerians still need to continue using their voice so as for

the killings not to be swept under the carpet by whosoever did the job.

She added the latest discovery of a mystery camera by former

Governor of Lagos State, Babatunde Raji Fashola is the second season of the movie series Government want to play on the citizens.

Some of the couples we know are the reasons we are still single –...

Violette Johnson - November 26, 2019 0
Tobi who is yet to review his girlfriend to the world share a little sorry behind that. Ex big brother naija housemate serve as the...

Violette Johnson - August 15, 2019 0
Like the famous saying, "Art is an expression", sure young actress Sophie Alakija loves to express herself in unusual ways too. In new photo-series she...

Olumide Oluwaseyi - March 25, 2020 0
Royal family member Prince Charles has tested POSITIVE for coronavirus. He his 71 years old and having mild symptoms but currently QUARANTINED. according to a...

Violette Johnson - September 20, 2019 0
It may not exactly get into people’s business because E-Money often flaunts his family, home and cars on twitter and Instagram. It is without...

James Antwi - September 14, 2019 0
BBNaija reality show star, Mercy Wonder who was fumed early this morning was heard telling Ike that she is baffled why Africa is still...