Former DMW signee, Lil Frosh have finally broken silence on the ongoing physical assault he inflicted on his girlfriend, Gift.

was accused of physically assaulting his girlfriend, Gift, who works as a

video vixen some days ago.

young singer was called out on all social media platforms for the wrong act.

With the whole fans against him, it was not too long till his record label, DMW Records

molestation in their label.

however been silent ever since the incident happened and just some minutes ago,

he broke out his shell.

as he apologized for all what he had done in the past.

Read his full statement below: 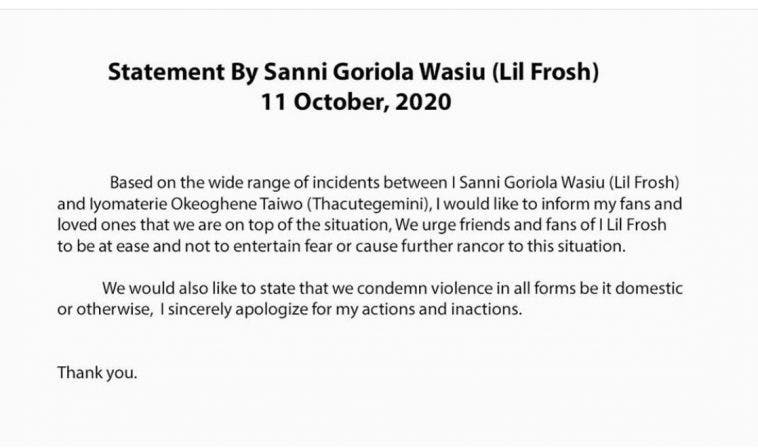 With Lil Frosh now apologising for his actions, it’s left to see whether he will be welcomed back to the DMW family where he has been shown the exit door.