As a sign of loyalty, a young man has tattooed Sarkodie’s name on his hand. 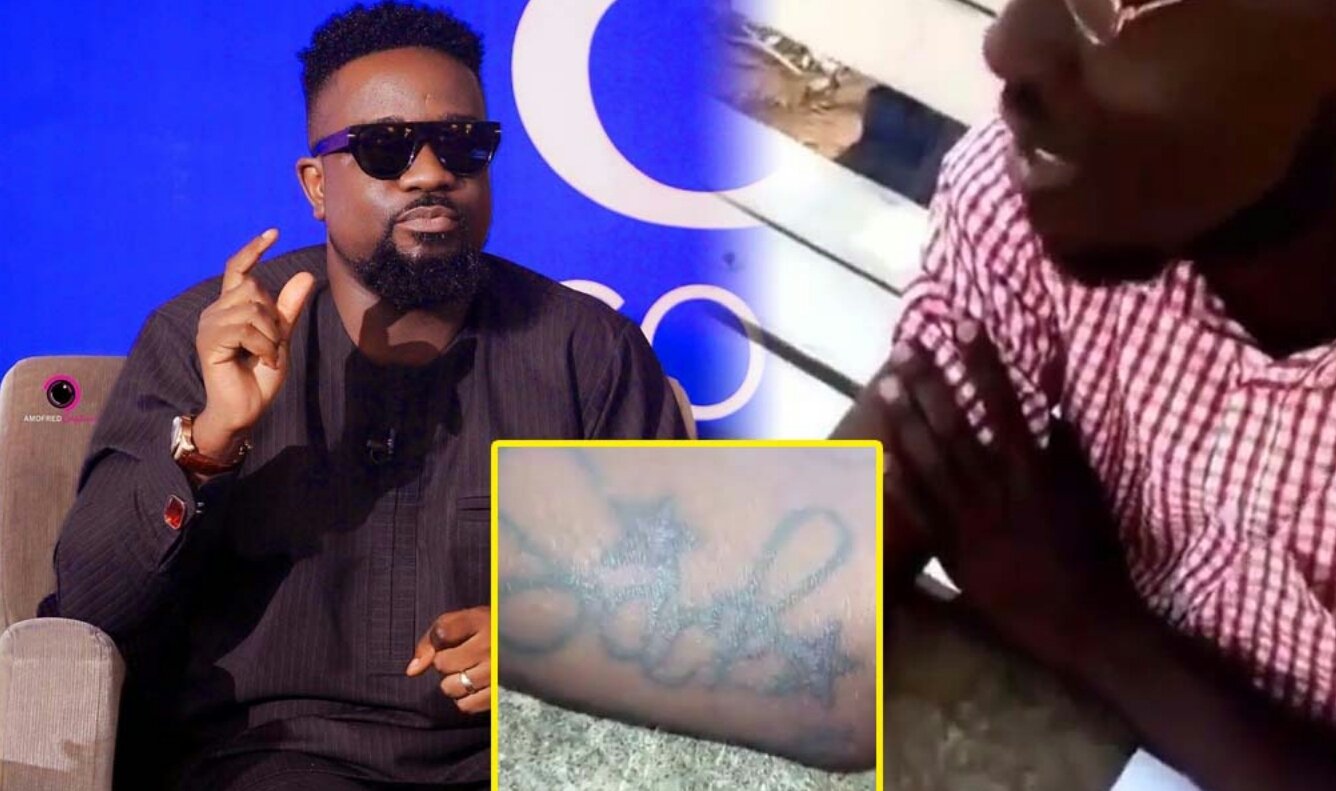 It is well known that in modern times, celebrities command a lot of respect and have a lot of influence on their fans.

Such influence urges fans of celebrities to sometimes go the extreme of displaying their loyalty.

An example of such a fan is a young man who has tattooed Ghana’s rapper, Sarkodie’s name on his arm to show his extreme loyalty to the rapper.

In the trending video, one could see the fan happily singing along to one of Sakodie’s song and showing off his tattoo to the camera.

Watch the video below: