Controversial Journalists, Kemi Olunloyo have once again spark debate on social media with her statements as she insist Marriage is not ordained by God.

of her slowing down is not feasible.

insisted that marriage is not ordained from God.

who she is not a fan of.

READ
'If you're bored, dance your ass out' – Princess Shyngle shows off her tweaking skills (Video)

months after walking down aisle.

what they said about her in the past and it’s not feasible that she will forgive them.

Kemi Olunloyo went on to ask both love birds to stay in their lane as he would not be taking it lightly is she see any post about her on their timeline.

READ
#BBNaija: Ozo and Nengi are the next Bam Bam and Teddy A – Kemi Olunloyo 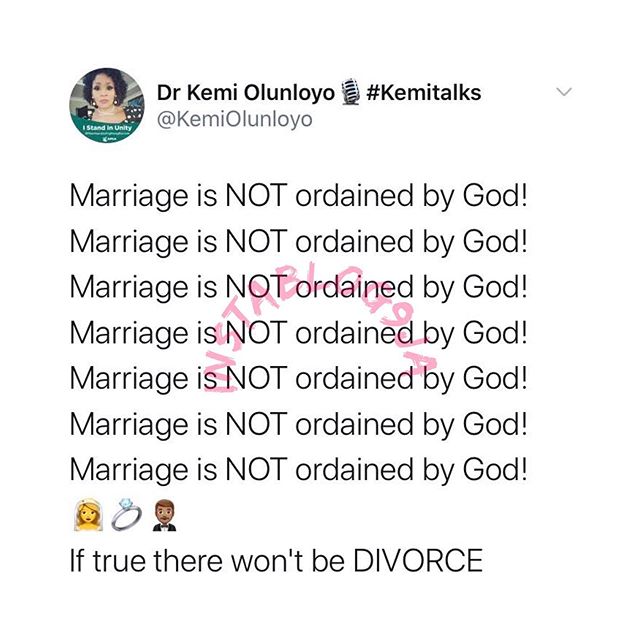