Maureen Esisi, the ex-wife of Nollywood actor, Blossom Chukwujekwu has silenced a troll who noted that her former husband is not coming back despite her social media drama. 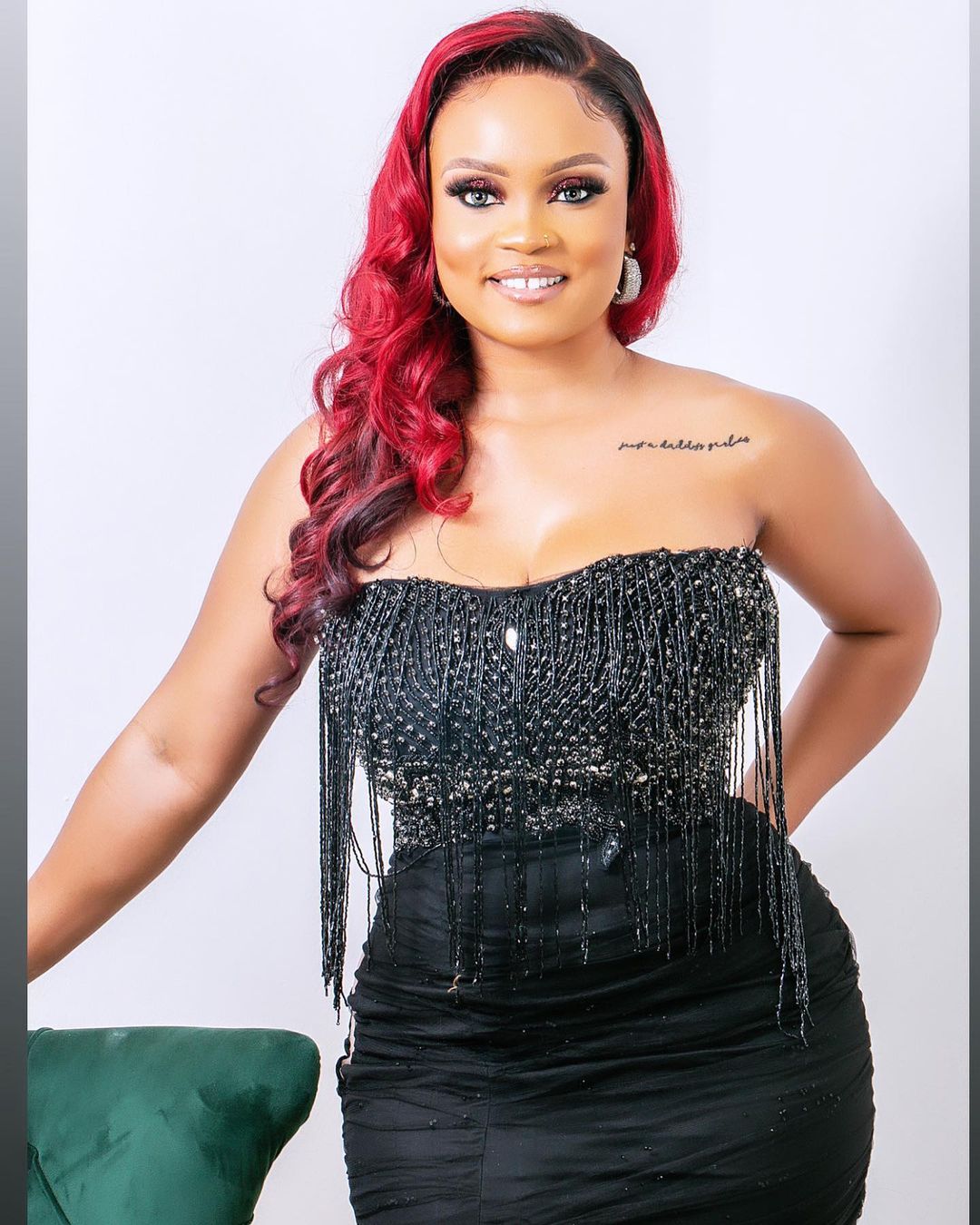 It would be recalled that Blossom Chukwujekwu’s marriage with Maureen Esisi crashed some years ago and both parties have stopped shading themselves.

However, Maureen Esisi has become the talk of the town for the past few days as some fans are skeptical of her activities on social media.

Some days ago, she was trolled for licking the tongue of her cousin and the beautiful brand influencer was forced to address the issue, (Read Details Here).

Though many believed Maureen Esisi’s reaction to the post will get trolls off her back, she was forced to address another fan some hours ago via her official Instagram account.

The drama started when Maureen Esisi shared another video of herself and a fan insisted that all drama won’t make her ex-husband return.

Not ready for such on her page, Maureen Esisi answered the fan by noting that she should marry her ex-husband if interested.