Home Entertainment BBNaija #BBNaija: “I will love to resolve my f*ngeri*g issue with Maria” –...

BBNaija season six male housemate, Pere has revealed that he hopes to settle things with evicted housemate, Maria, after his adventure at the show. 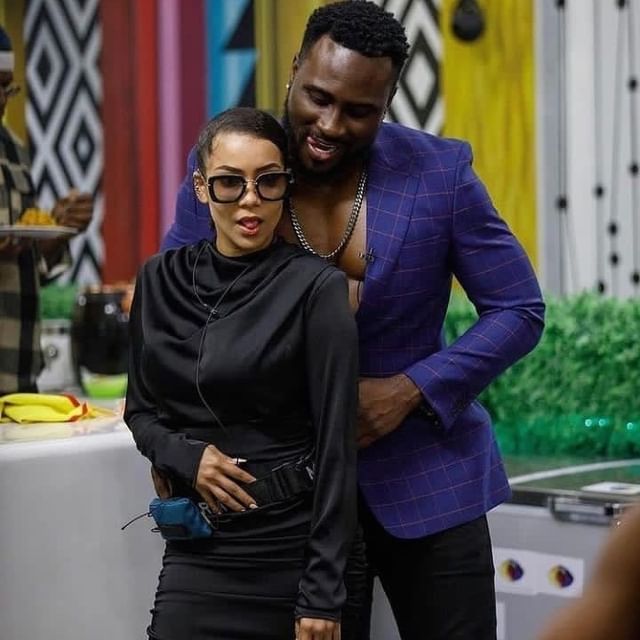 The Big Brother Naija season six show is getting to its later end and housemates are currently reflecting on the time they spent at the reality show.

One of the highlights of the show remains Pere and Maria’s friendship, a union that turned sour before the eviction of Maria.

Their friendship hit the rock when Pere told housemates that he fingered Maria during their short spell as the head of house and deputy head of the house.

Though Maria denied the allegations, Pere insisted that such a thing happened between them, (Read Details Here).

However, after Maria’s eviction from the show, Pere revealed that he lied about the incident, a statement that shocked their colleagues at the show.

Pere has now insisted that he would love to resolve the issue with Maria after his adventure at the reality show.

Speaking with Biggie during his diary session, Pere revealed that he regrets saying such things and hopes that things will be sorted out after the show.

See Video of Pere speaking below:

#BBNAIJA: WOW! What an experience,I had the honor and privilege to walk and close at the 2019 Lagos fashion week – Mike (Video) Reveals