Home Entertainment Celebrities “Me and my bae don’t do Hotels, he comes to my House”...

Instagram drama queen Bobrisky has revealed how and where he mingles and have a nice time with his boyfriend whom he has failed to reveal his identity.

Bobrisky might have been trolled by fans on many occasions but

thoughts of him being controversial should be cast away

as he continue to reveal a new episode of himself on a daily basis.

Days after he took to his Instagram Page to showcase his bare ass,

Bobrisky have updated fans about his love life with his boyfriend.

Bobrisky who is not shy from flaunting all his endowment peppered

home once in a while to service him.

comes home whenever they need to see.

be booked and the match will be played with a condom.

See Bobrisky’s conversation with the fans below:

Bobrisky who raised eyebrows some weeks ago when he ditched his

that his boyfriend will be getting him a new car for his birthday.

the car, his boyfriend will be doing a huge thing for him when he finally celebrates his new age. 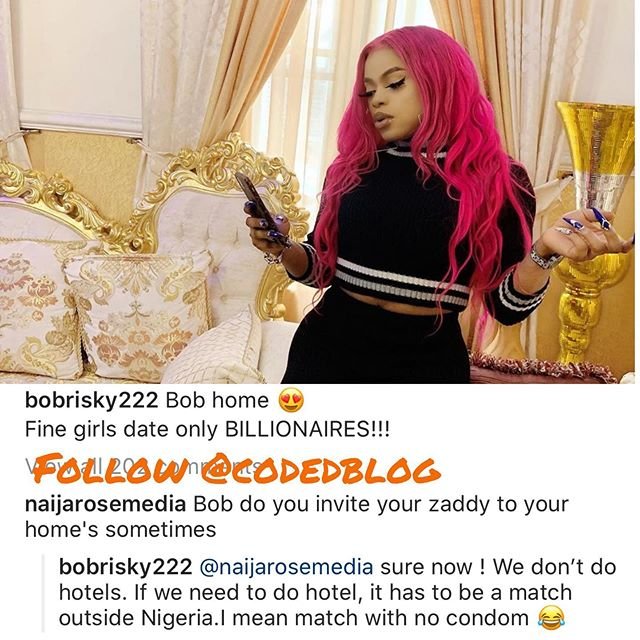