moments after her interview with BBC Pidgin. 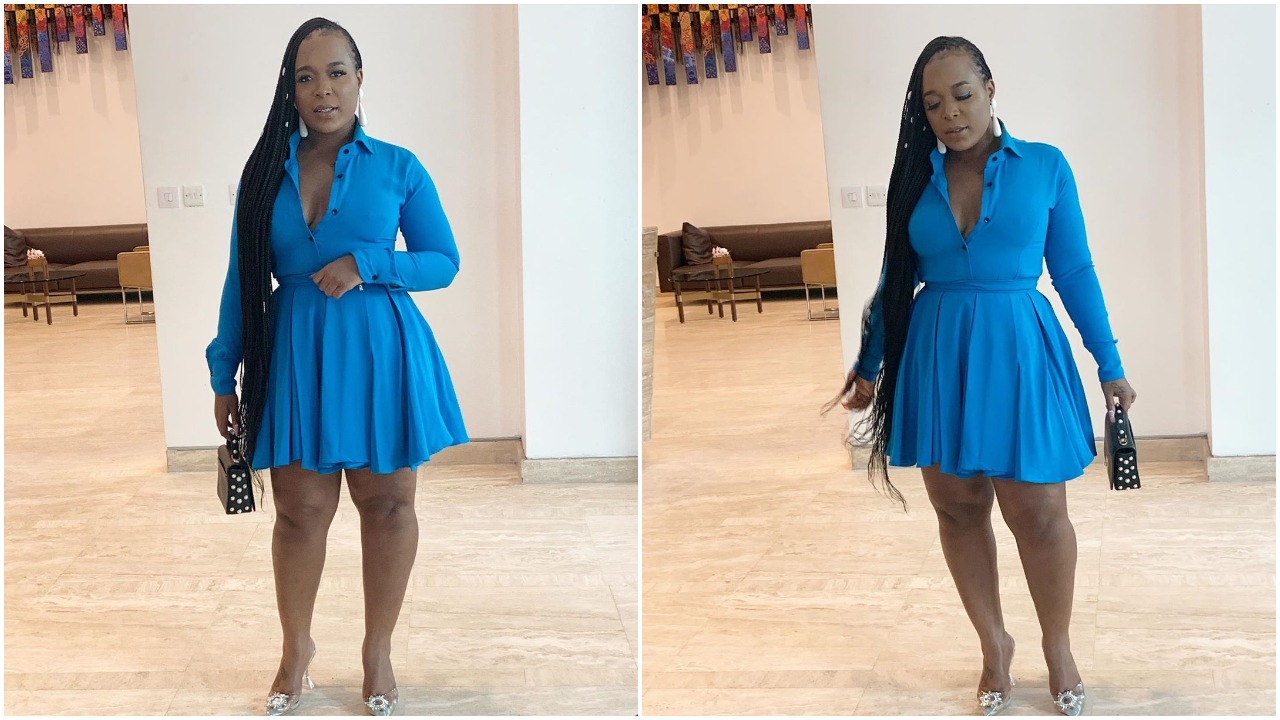 in her Open breasted short dress as she complimented her looks

with some silver stelatoes  shoes, a small black hand bag plus a die for long weaved hairstyle.

While her two piece sexy , gorgeous 2 piece blue dress was made by janby jan a Premium

wear cloth brand made in Nigeria.

in pursuit of a career as a TV Presenter.

checkout more photos as Moet Abebe shows off her Sexiness below :

Three months after moving back to Lagos, Nigeria, she attended an audition for Soundcity

TV, she sailed through the auditions and started working for Soundcity TV as a TV

She became a very popular face on Soundcity TV as a host of the One On One show,

Body&Soul and Global Countdown show. While working at Soundcity she had the

opportunity of getting a few Movie and TV series script such as Red Card,

In 2016, she began her career on Soundcity Radio 98.5fm where she handles the afternoon