Home Entertainment Most of Tacha’s fans may never get a college degree – Kemi...

Self-acclaimed investigative journalist, Kemi Olunloyo has claimed that most of Tacha’s fans may never get a college degree because of who they are following. 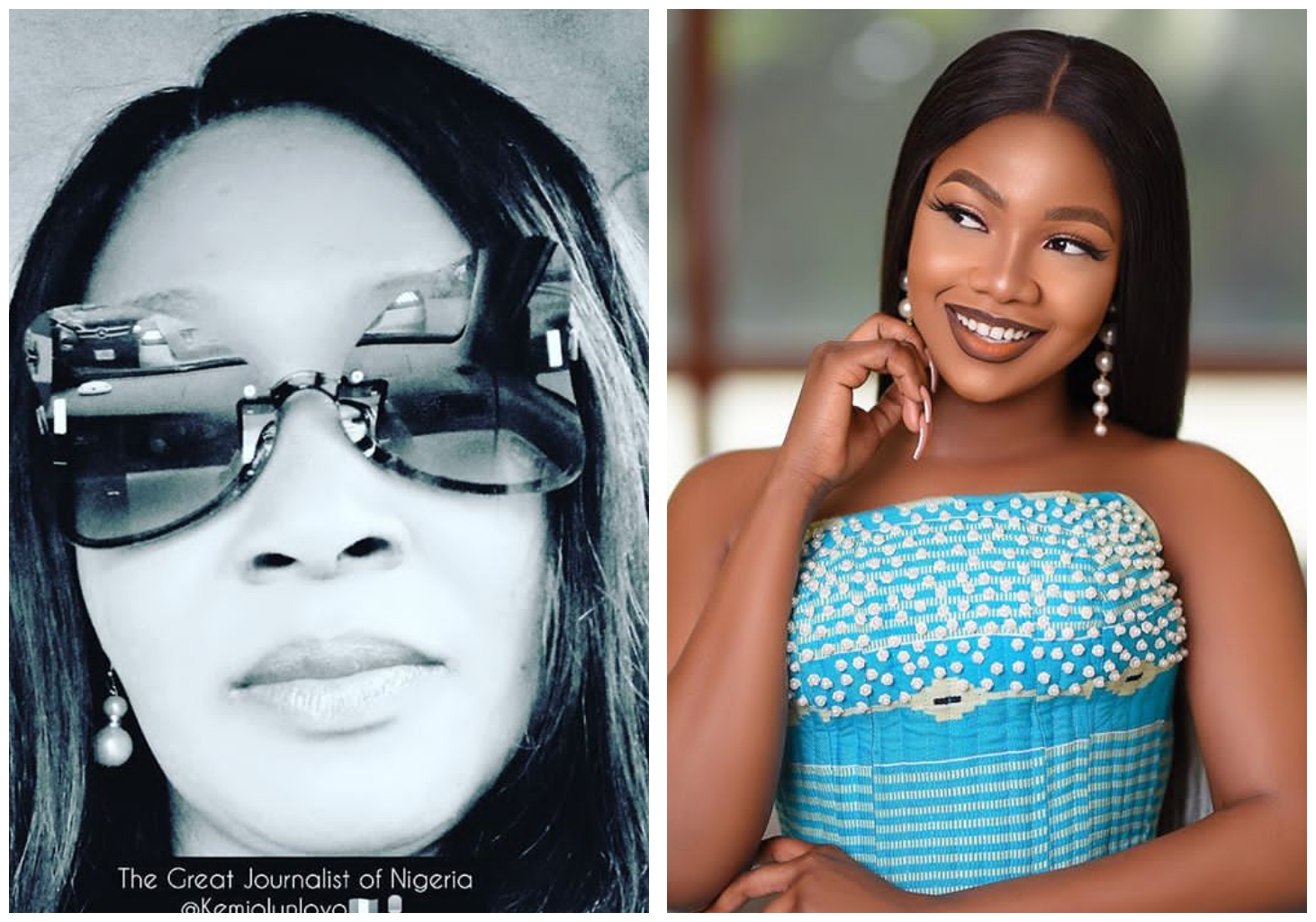 former big brother naija star and her fans whom are known as the Titans.

She is now back with another big claims that might see her dragged on social media .

According to Kemi Olunloyo, most of Tacha’s fans will find it difficult to bag a

college degree because they are not academics but more into wigs and make up items.

more than that adding that its time they (Titans) try and learn a trade. 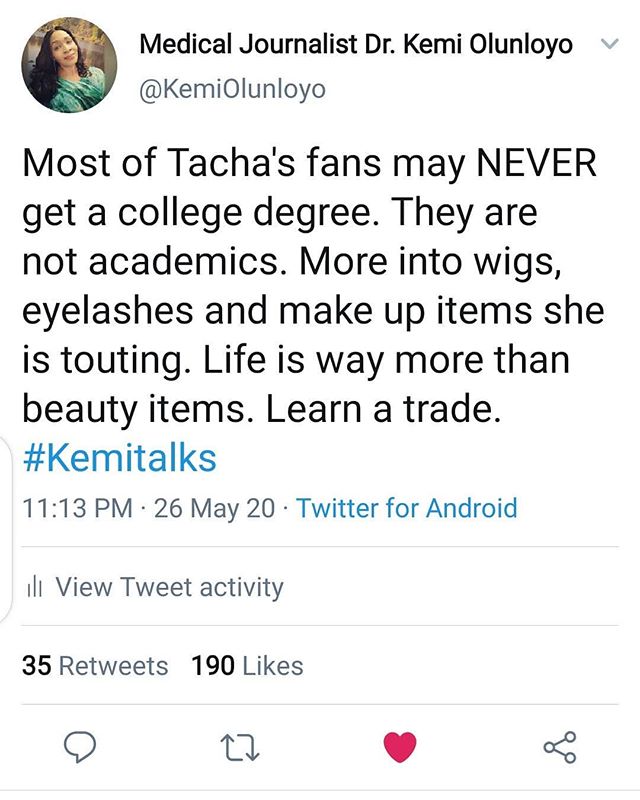 Though Kemi Olunloyo have been shading Tacha and her fans in the past few days,

the reality star and model have been quiet and not responding to her jibe.

tested positive to the deadly coronavirus but has failed to open up on his status.

According to the controversial journalist, Davido came in contact with the virus

during his Frisco concert adding that two fans died after leaving the concert.

Though Davido has not responded to her claim, the award winning singer had