Home Entertainment My father’s album will be the best you ever heard – Wizkid’s...

Wizkid’s first son, Boluwatife Balogun has aired his opinion about his father’s much anticipated album, “Made in Lagos” as he noted that it will be best ever. 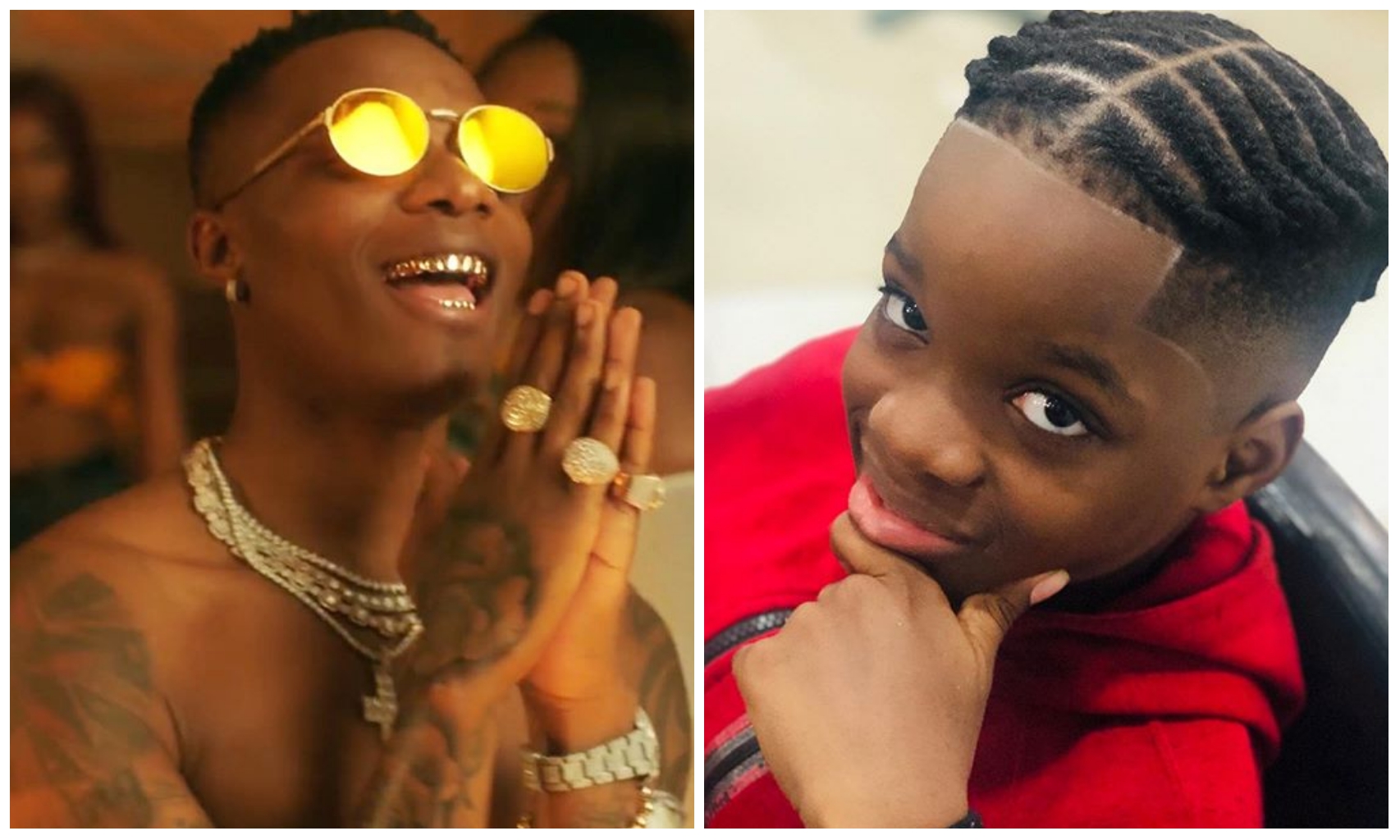 album some hours ago as he disclosed that it will be released on the 15th of October.

dished out a new single off the album, a single he titled ‘No Strees’.

as fans await the release date, Boluwatife is sure and certain of what his

father will be dishing out.

Acccording to a tweet shared by his mother, Oluwanishola, Tife said his father’s

album will be the best album so far.

Oluwanishola in a tweet which she shared, said her son, Tife asked her to tell fans on

Twitter that Wizkid’s album is going to be the best so far.

“Tife told me to tell y’all that his daddy’s album is finna be the best you ever heard still… MADE IN LAGOS!!!!!!!!”. 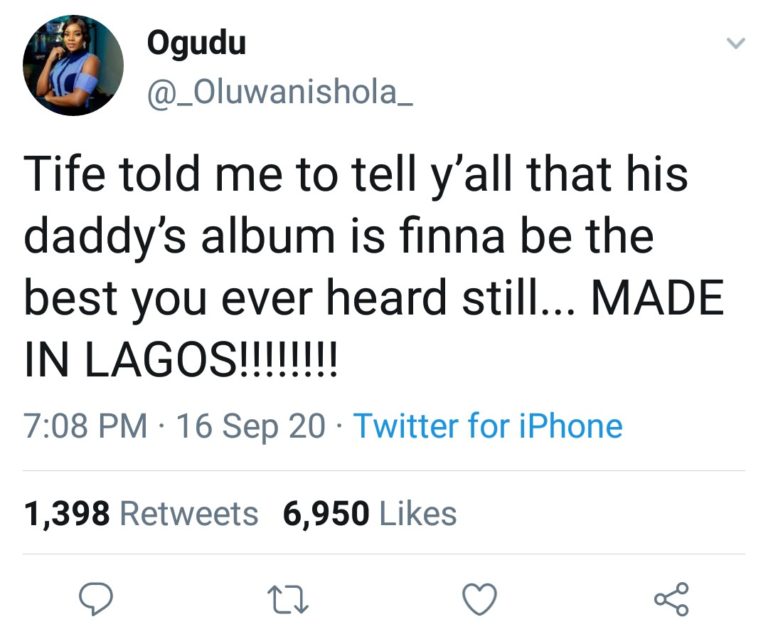 Wizkid will be proud he has a supportive child who knows how much talent is embedded in him.

You can’t compare M.anifest to Medikal in a commercial sense – George Britton