Nigeria music star, Naira Marley has taken to social media to advise fans on the need to love and not hate.

music and his activities on social media have left many confused on who gets really is.

The controversial singer and songwriter has been involved in some dramatic

his fans on social media.

situation of things in the country, the singer have dim it fit to advise fans on love.

The ‘Soapy’ crooner took to micro blogging site Twitter, to advise some fans who are

him or her as a prayer point. 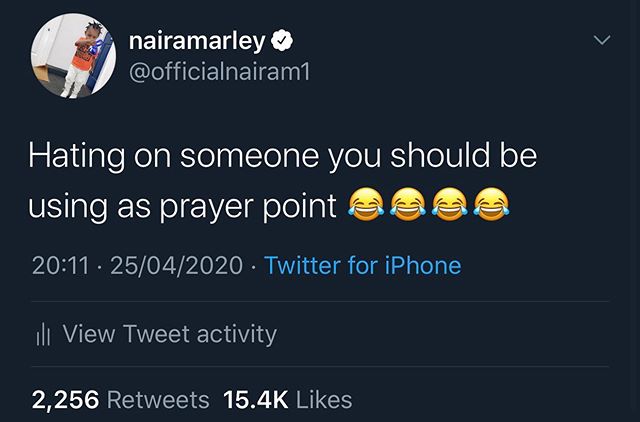 order which restrict any form of movement in the street.

The singer attended the house party of star actress Funke Akindele and her husband,

JJC Skillz and was trolled by fans after he was arrested and arraigned in the court.

However, he was released and asked to apologise for defying Government’s order,

aove he has done on his social media platforms.

fans who trolled him to drop the account details for a giveaway as he trolled them back.