Home Entertainment #BBNaija: Nengi will be a bigger brand than Tacha – Kemi Olunyolo

Controversial Nigerian journalists, Kemi Olunloyo is back again with her controversies on social media as she comes Tacha with housemate at the ongoing BBNaija show, Nengi. 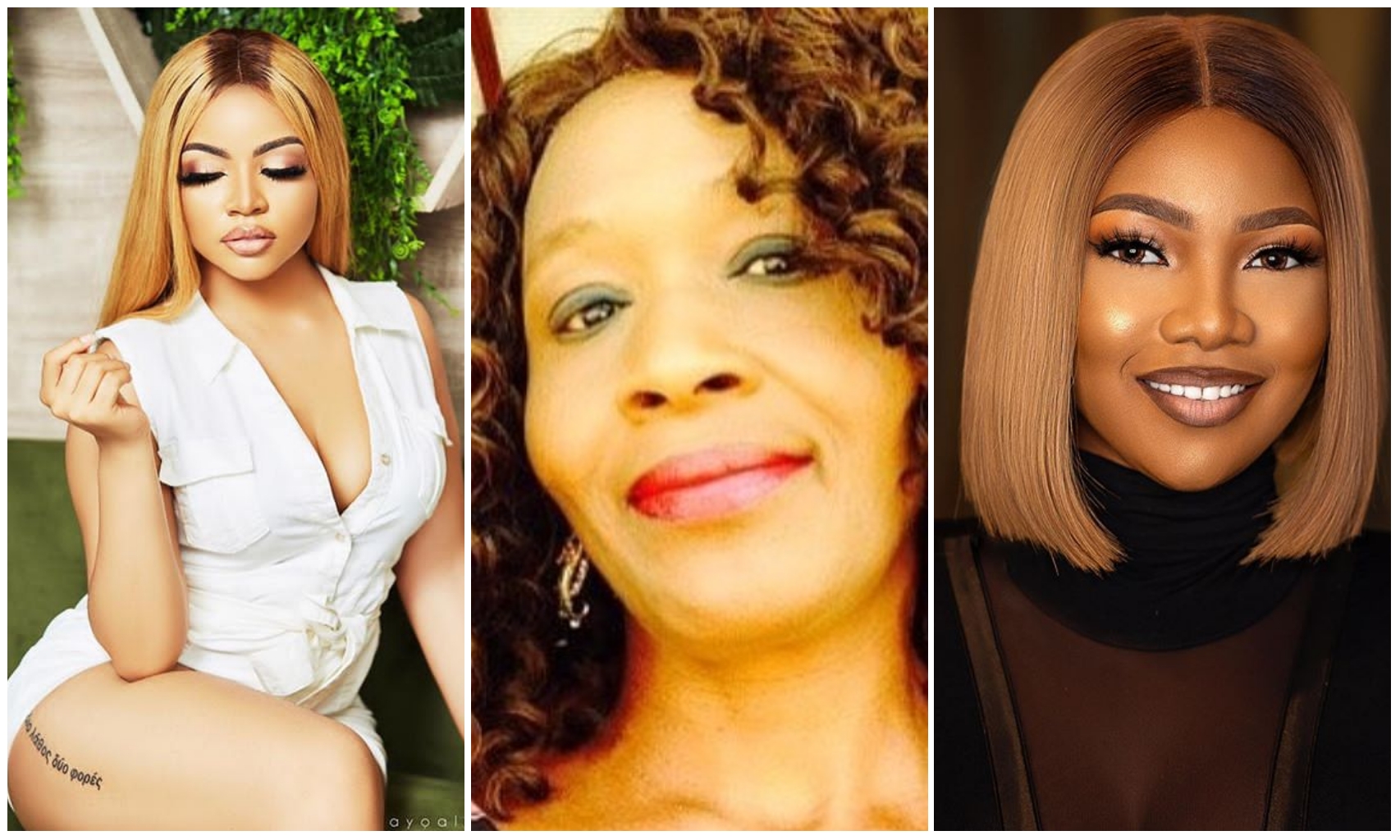 have not been shy in speaking about the biggest reality show in Africa,

Big Brother Naija and it looks like that’s a trend that will continue.

she compare her with Nengi.

According to Kemi Olunloyo, Nengi will be a bigger brand than Tacha once she finish

her adventure at the reality show.

She noted that due to her experience in the entertainment industry, Nengi is easily

marketable as she added that Tacha is forcing her brand.

Kemi Olunloyo added that Tacha’s brand is outdated and would be overtaken by Nengi once she leave the Big Brother Naija ‘Lockdown’ show.

called out Davido and his engaged girlfriend.

a surprise it they attack the talented media personality. 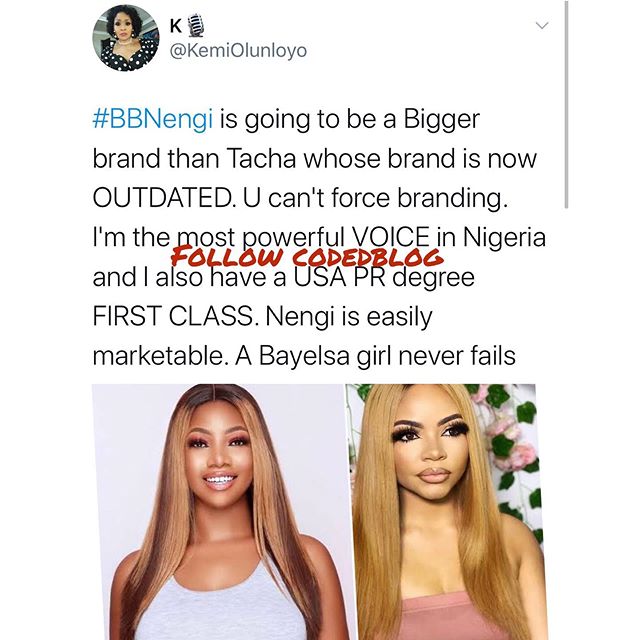