It might seem harsh for actor Yul Edochie to bash Nigerian youths in response to a question posed by ace music producer Don Jazzy, but it is the bitter truth afterall. 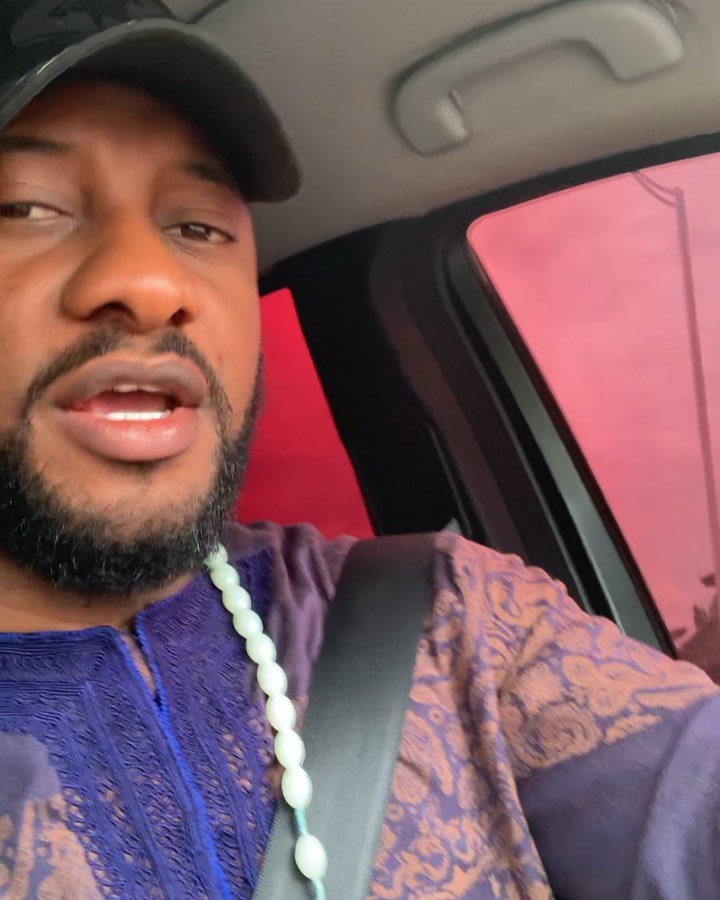 Earlier Mavin music label boss Don Jazzy had teased a question on twitter about how confusing it is to property understand why youths aren’t dominating and/or proving vibrant in leadership positions in African politics in general, and Yul Edochie just couldn’t help but voice his experience while in politics. And his honest assessment of the average Nigerian youth might seem a bit hard to many young people though to admit.

It has often been that same salient issue of young people claiming that they aren’t given the necessary opportunities by older politicians & the various major political parties to engage in the political process, a claim that has constantly been denied by active political parties’ stalwarts. A reality that some young persons who are now in politics have also suggested that the youths need to ‘take the bull by its horn’ by taking the initiative and making their presence count.

Bcos the youths are not ready, they don't believe in themselves. They want the easy way out.
When I ran for Governor, surprisingly I got more encouragement from elders, youths were busy insulting me, giving reasons why it'll never work.
Leadership is never given, it's taken. https://t.co/yam6m72Avd

Below is Don Jazzy’s tweet that started the whole conversion: 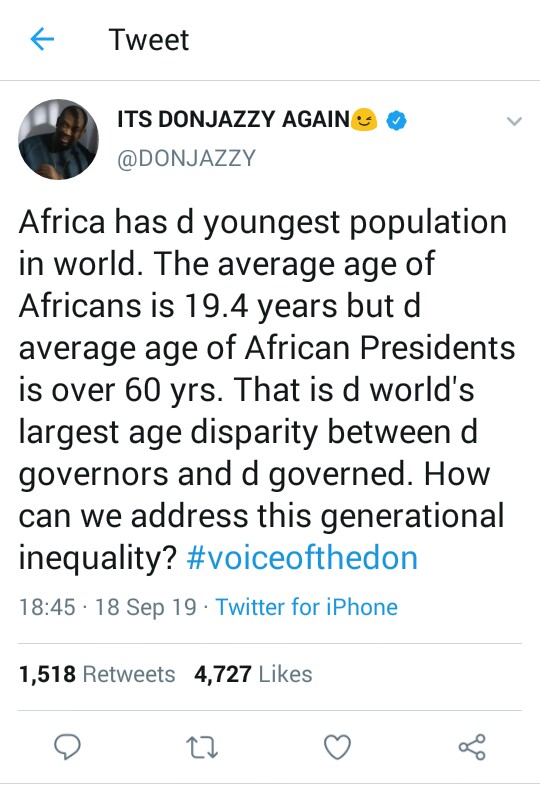