The Nigeria Immigration Service has suspended the posting of five of its female personnel, Priscilla Irabor, Binti Attabor, Catherine Bakura, Blessing Udida and Ockiya Eneni, who partook in the viral Bop Daddy Challenge promoted by Falz on social media. 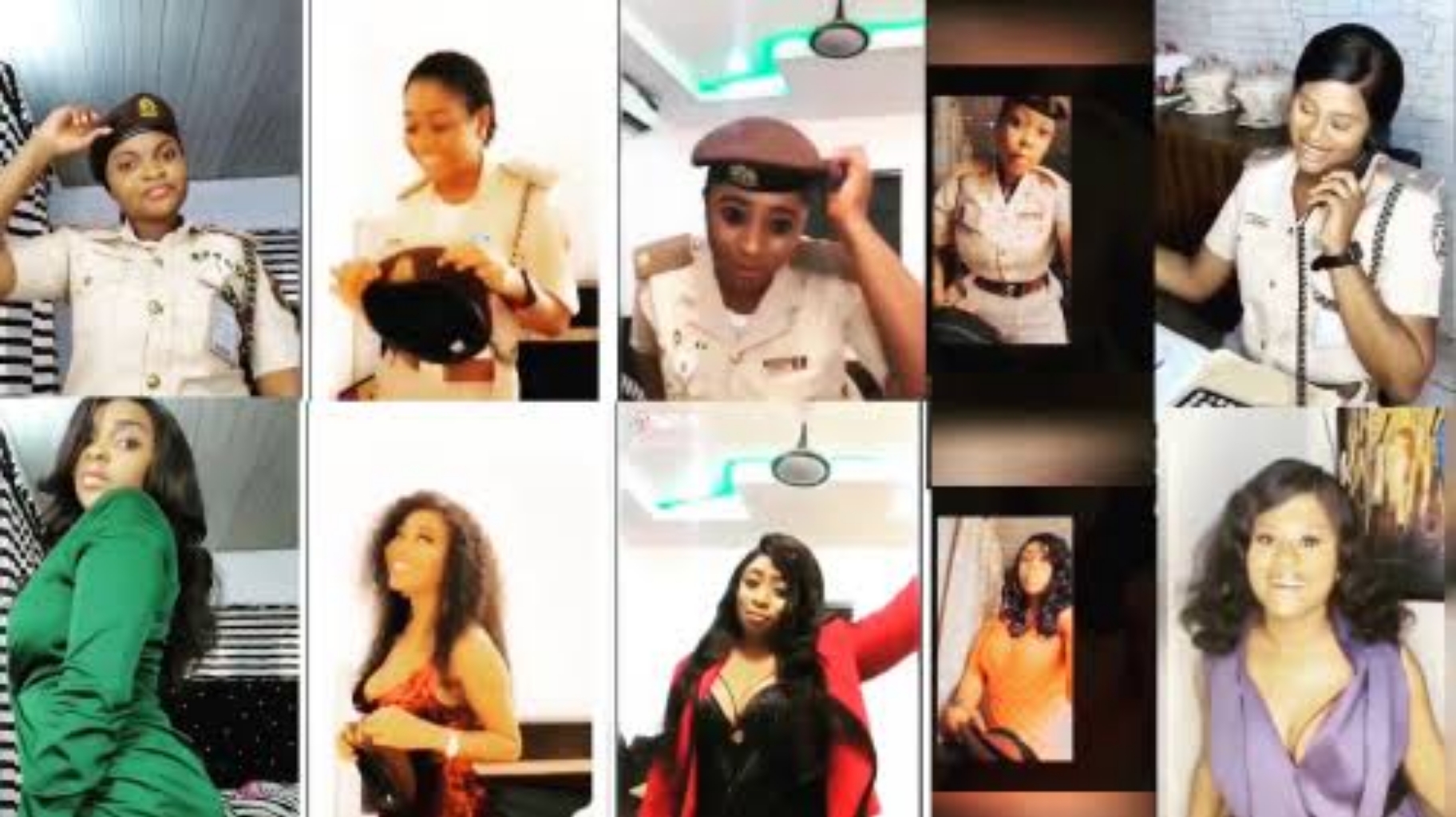 social media to plead for leniency for the officers , as well as condemn the harsh

treatment meted out to them .

In a letter addressed to the Comptroller General of the NIS , Muhammed

Babandede , Falz had maintained that the reposting of the officers was punitive .

The letter read in part:

“ Recent news surrounding five female officers of yours who came under fire for featuring in a fun video online has particularly caught my attention.”

“The said ladies were pictured changing from their official uniforms to casual outfits while my music was playing in the background.”

“ Immoral behaviour’ , ‘sabotage ’ and ‘ any other act unbecoming of a public officer’ were the offences levelled against them as they were alleged to have caused a lot of embarrassment to the NIS .”

“ Consequently I have also learnt that the service has decided to post these officers to remote areas of the country as a punitive measure.”

“ As a terribly concerned citizen , I’ m writing to you the second time as my initial attempt to reach you via text /WhatsApp was met with no response. ”

READ
'This is beautiful' – Falz, Alex Unusual, Dija others reacts to Simi's post to Adekunle Gold on father's day (Photos)

Reacting to the public outcry , the NIS , via its Twitter handle on Friday said the matter

posting order should be suspended .

“ The attention of the Comptroller General Muhammad Babandede , MFR , has been drawn to some trending matters on some social media platforms regarding the deployment of some of our personnel to some formations across the country.”

“ It is important to note that staff deployment remains a vital practice of regimented organisations such as ours and should be seen as such.

“As an agency, we maintain zero tolerance to any matters bordering on offences against discipline among members of our workforce, irrespective of gender.”

“ We have high premium for staff development and indeed encourage personal efforts but that must be within the confines of our rules and regulations .

The matter involving the personnel in question is still being investigated and therefore , the Comptroller General has

directed that the earlier posting order be put on hold pending the conclusion of the investigation .”

PUBLIC NOTICE
The attention of the Comptroller General Muhammad Babandede MFR has been drawn to some trending matters on some social media platforms regarding the deployment of some of our Personnel to some Formations across the country.
2. It is important to note that staff

The four winners of the Bop Daddy Challenge, which attracted participation from celebs and fans alike , got N250 ,000 each .

Ruth Kadiri ushered into  motherhood after delivering her baby in Sweden