after her American based boyfriend, Mike dumped her. 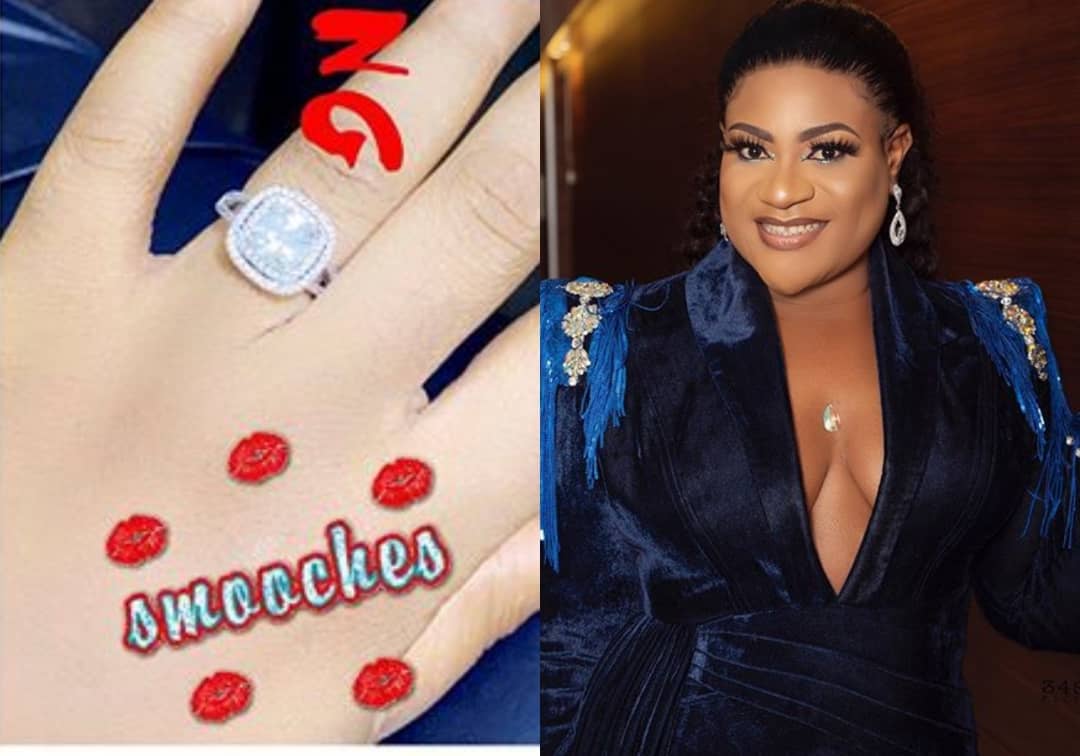 she did her birthday party.

The beautiful screen diva was dumped by her American based boyfriend, Mike who she was

fond of flaunting on social media.

However, her story has changed as she’s set to begin a new adventure in her life.

Nkechi Blessing has got herself a new lover who also seems to be in love with her, the star

READ
Music: T-Classic - Think About It

new diamond ring she received from him.

she also love him.

relationship for as long as possible.

Time will tell if she will be able to sustain the relationship.