Nollywood Actress, Caroline Igben has revealed why she loves wearing sensual dresses. The actress stated that she loves dressing in whatever she feels comfortable in.

The actress is a dark beautiful script interpreter and content creator. In an interview with Punch news, the actress revealed she has to be intentional about what she wears because she is in the public eyes. 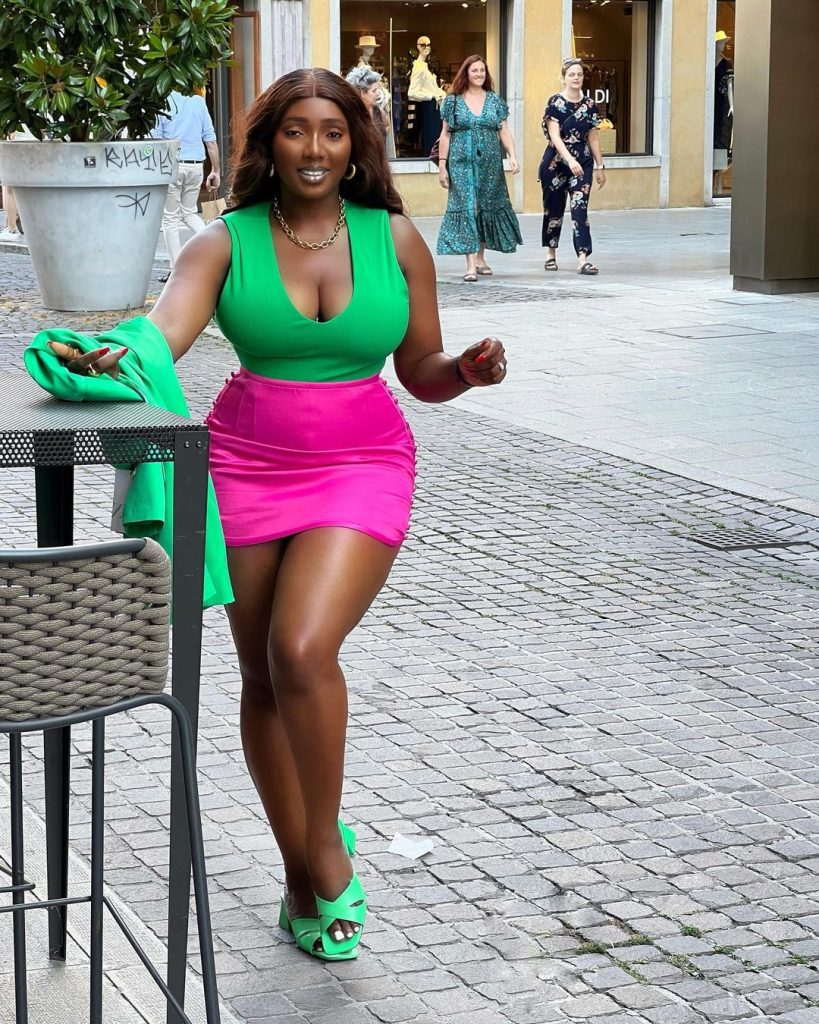 However, she stated that she has always worn whatever she feels comfortable in. the actress stated that it just happened but she didn’t notice on time.

The bold and daring actress revealed she can’t act nude no matter the amount of money presented to her.

see her words below.

In related content, Relationship Expert Blessing Okoro gives the ladies tips on how to know if a man loves you (watch it here)

“I have always worn whatever I feel comfortable in. It just happened. I did not notice on time. People just used to say my dress style is sensual. It didn’t start out intentionally. I open my wardrobe and whatever I feel looks good on me, I wear it.

“However, I realize that because I am in the public space, I have to be intentional about what I wear,’ she told Punch Newspaper.

On how she copes with admiration from male fans who want more than being friends, she said, “I am currently in a relationship. If it is ever sexual, I will just tell them I am not available.

I am pretty much nice to people but when I see that they are trying to overstep their boundaries, I won’t respond to them.

“Perhaps, if I was single, it would be a question of if I was attracted to the person. But, a simple ‘no’ or a nicely said ‘yes’ will literally be my answer.”

Igben also opined that being an actress was not a determinant of having a good marriage or not. She said, “A lot is happening with marriages, and it is not just about actresses. It is just because we are in the public eye that things about us get amplified.

“People have bad marriages, regardless of their careers. It is just that when one is in the public space, things that happen to one are public knowledge.”

Music Producer, Fiokee rants after he was robbed in Paris (video)