Ojo Priscilla, the daughter of veteran actress Iyabo Ojo have been dragged into a heated conversation with Nigerians on social media after she got her involved in the ongoing drama between Burna Boy and Davido. 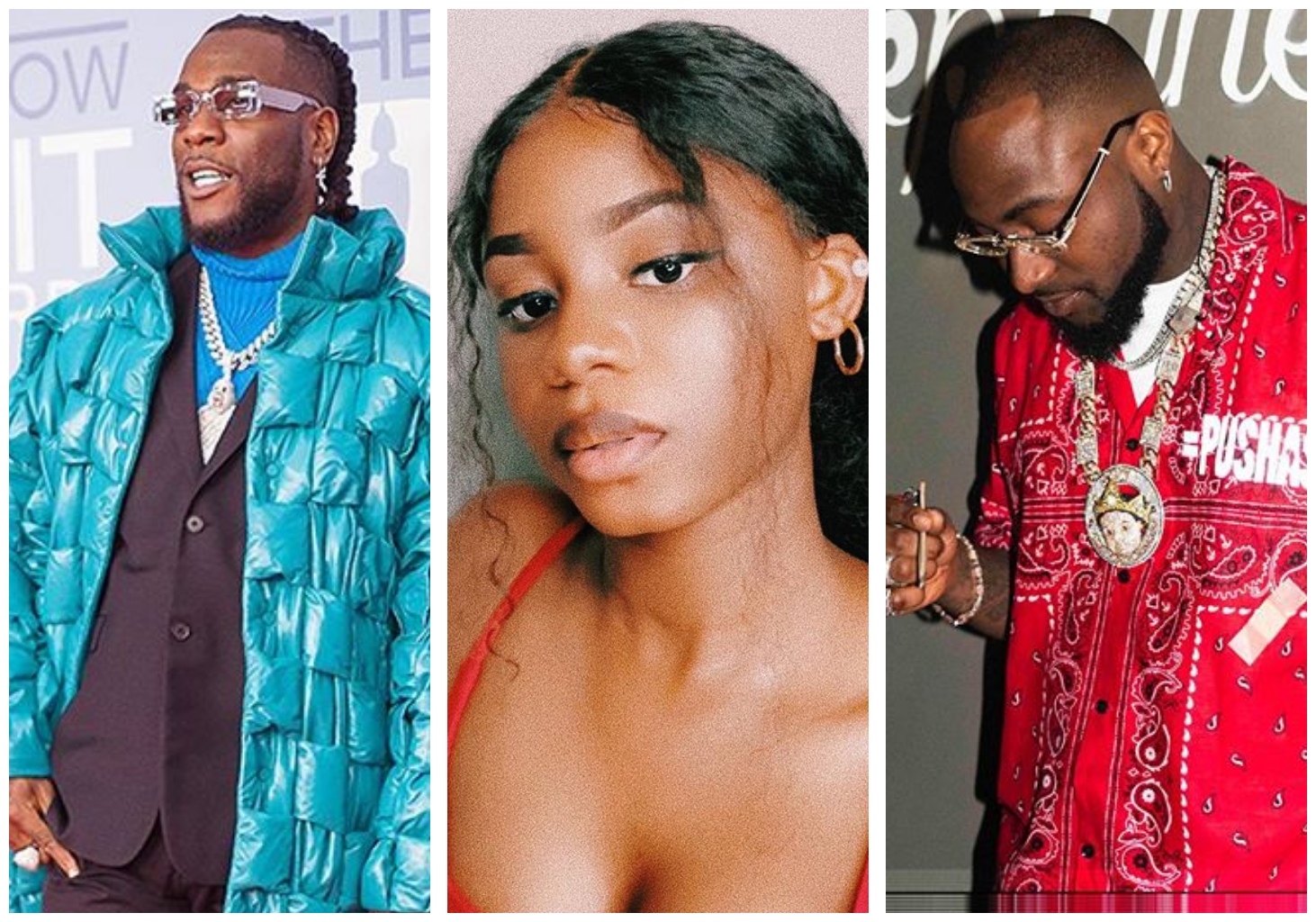 decided to share her opinion, an opinion that was not too pleasing to Nigerians.

According to Priscilla, Burna Boy’s inability to win the Grammy Award gladden her heart. 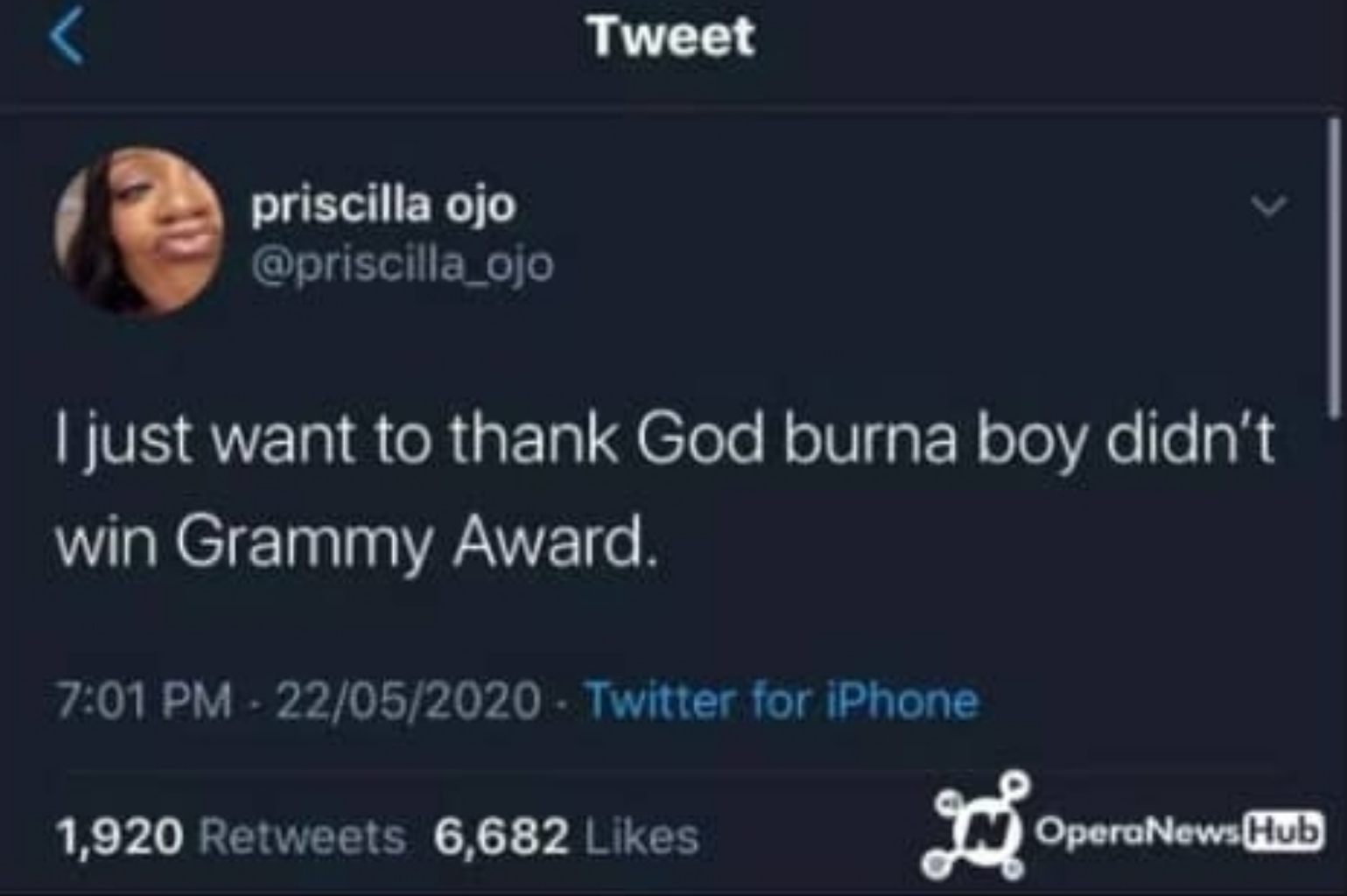 However, she had to face the wrath of Nigerians for her comment on the self-

acclaimed Africa Giant, Burna Boy, as fans drag her for saying such.

According to some fans, she should be hopeful that someone does not thank God for her failure in the nearest future.

While some went as far as calling her the daughter of a woman that loves cursing while some noted that it’s better she does not get marry. 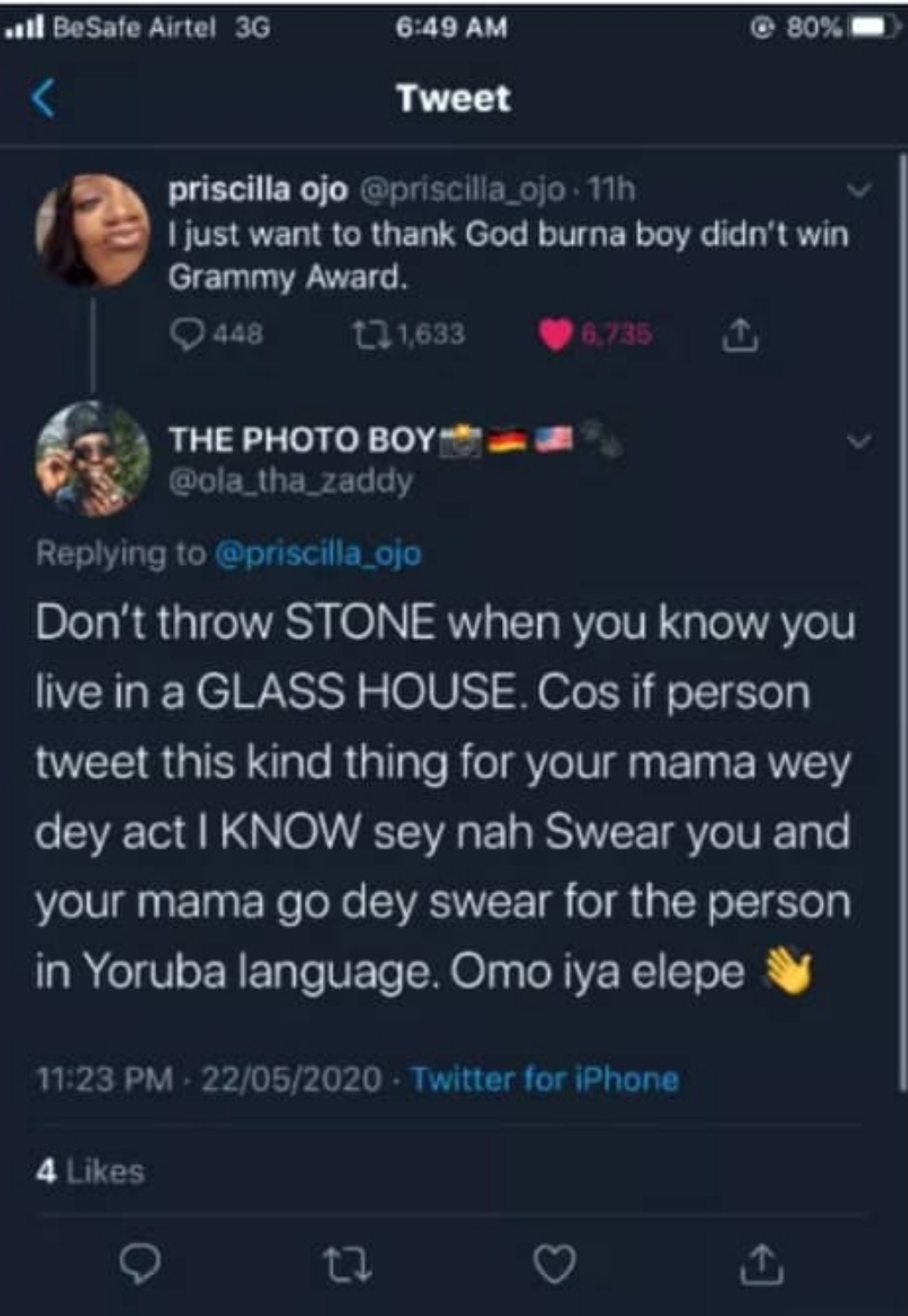 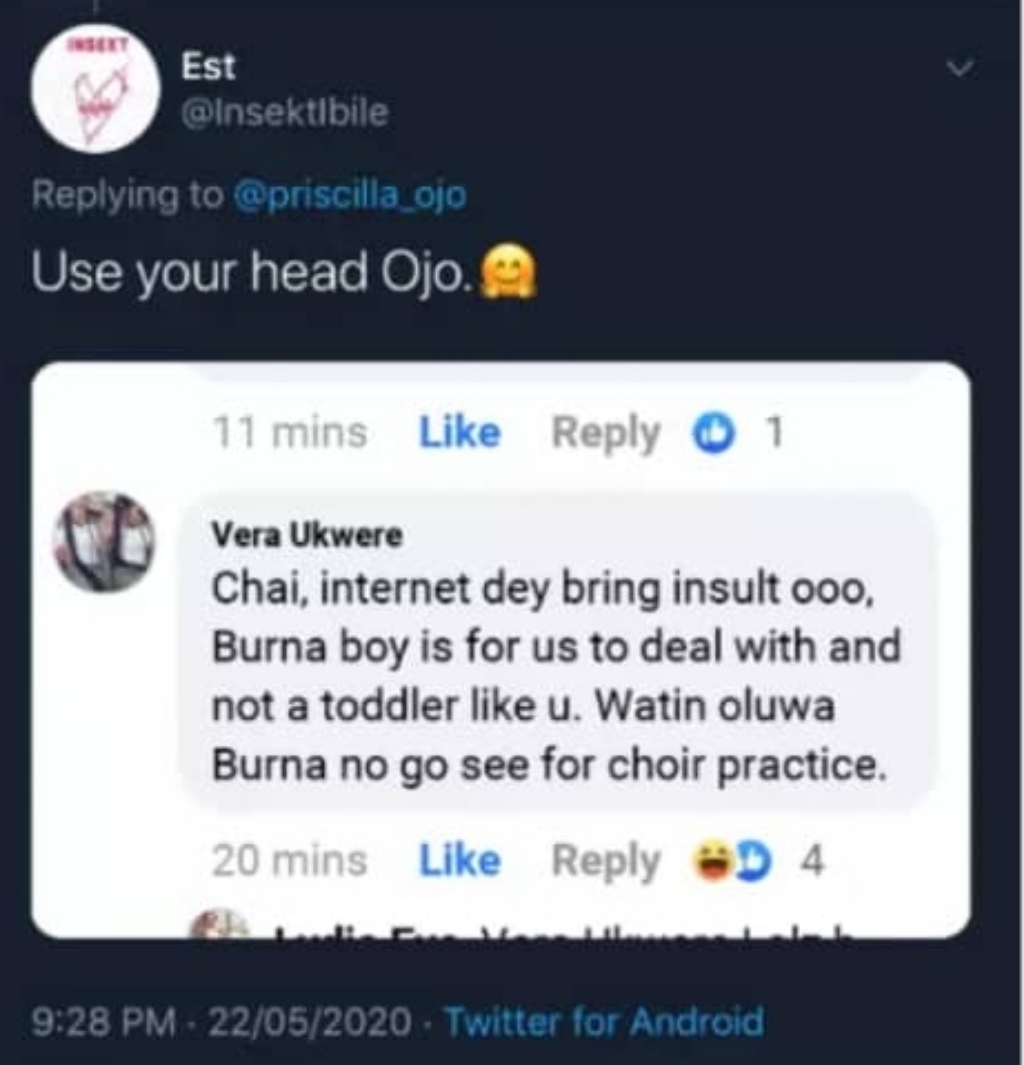 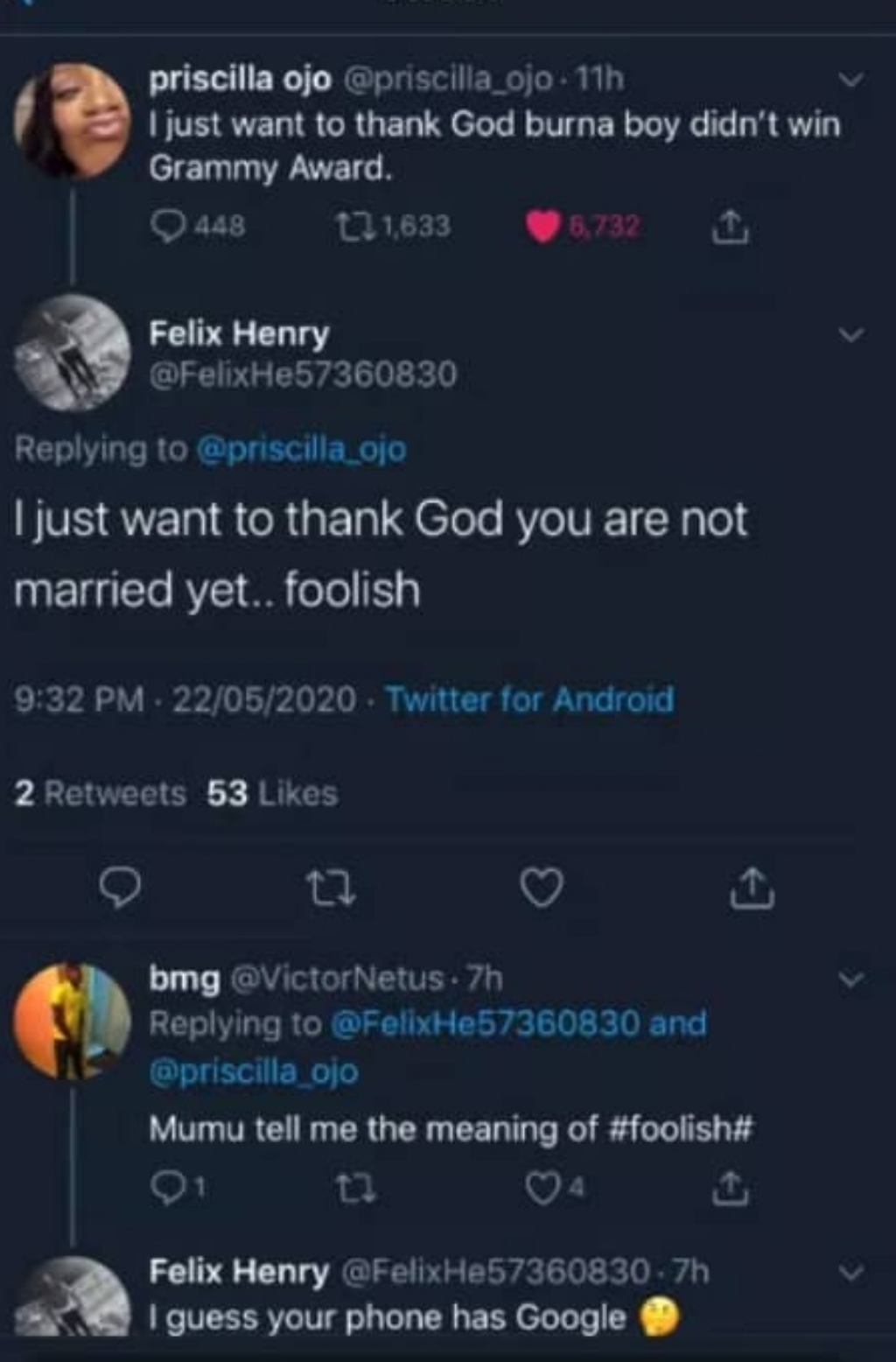 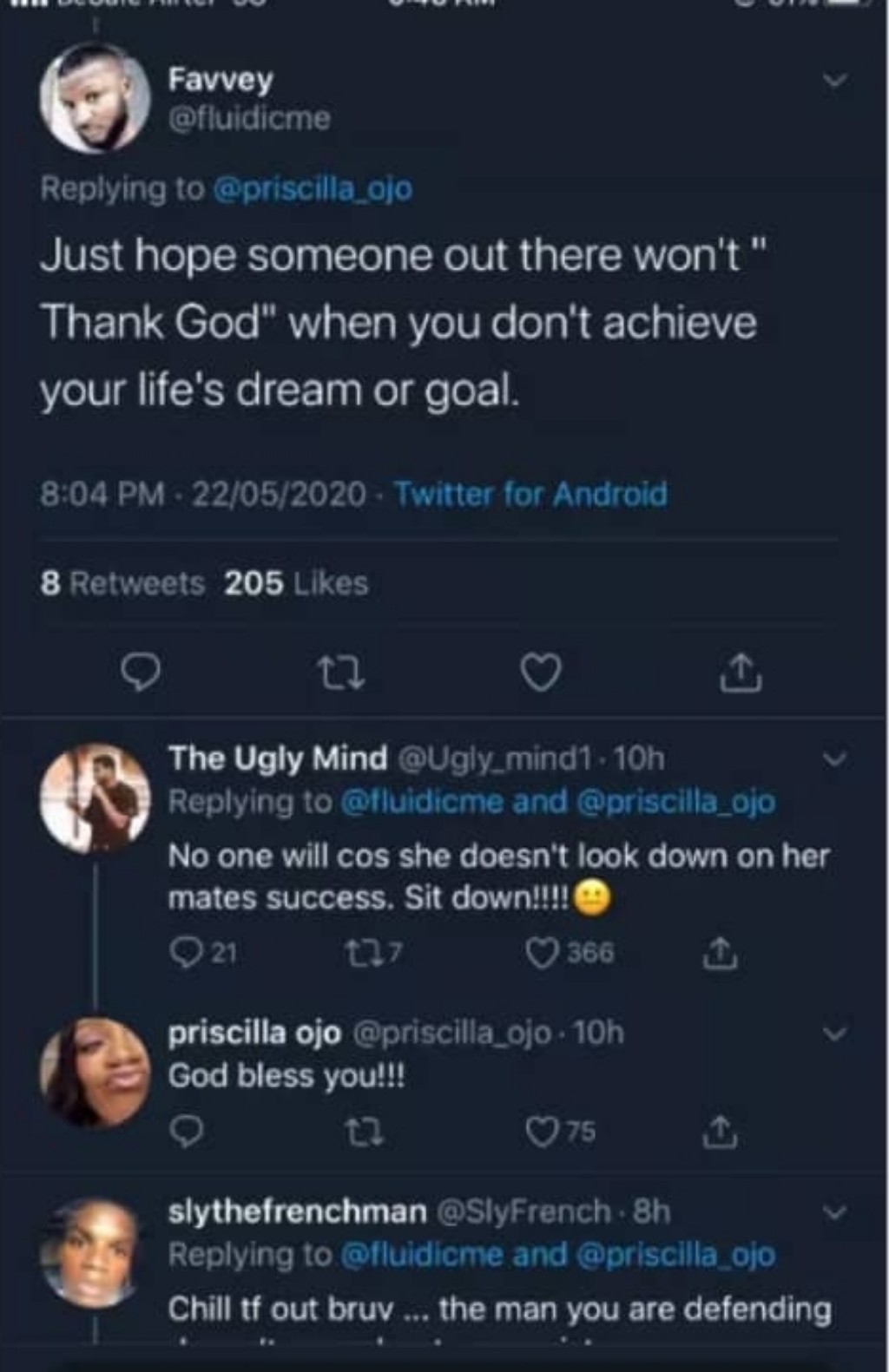 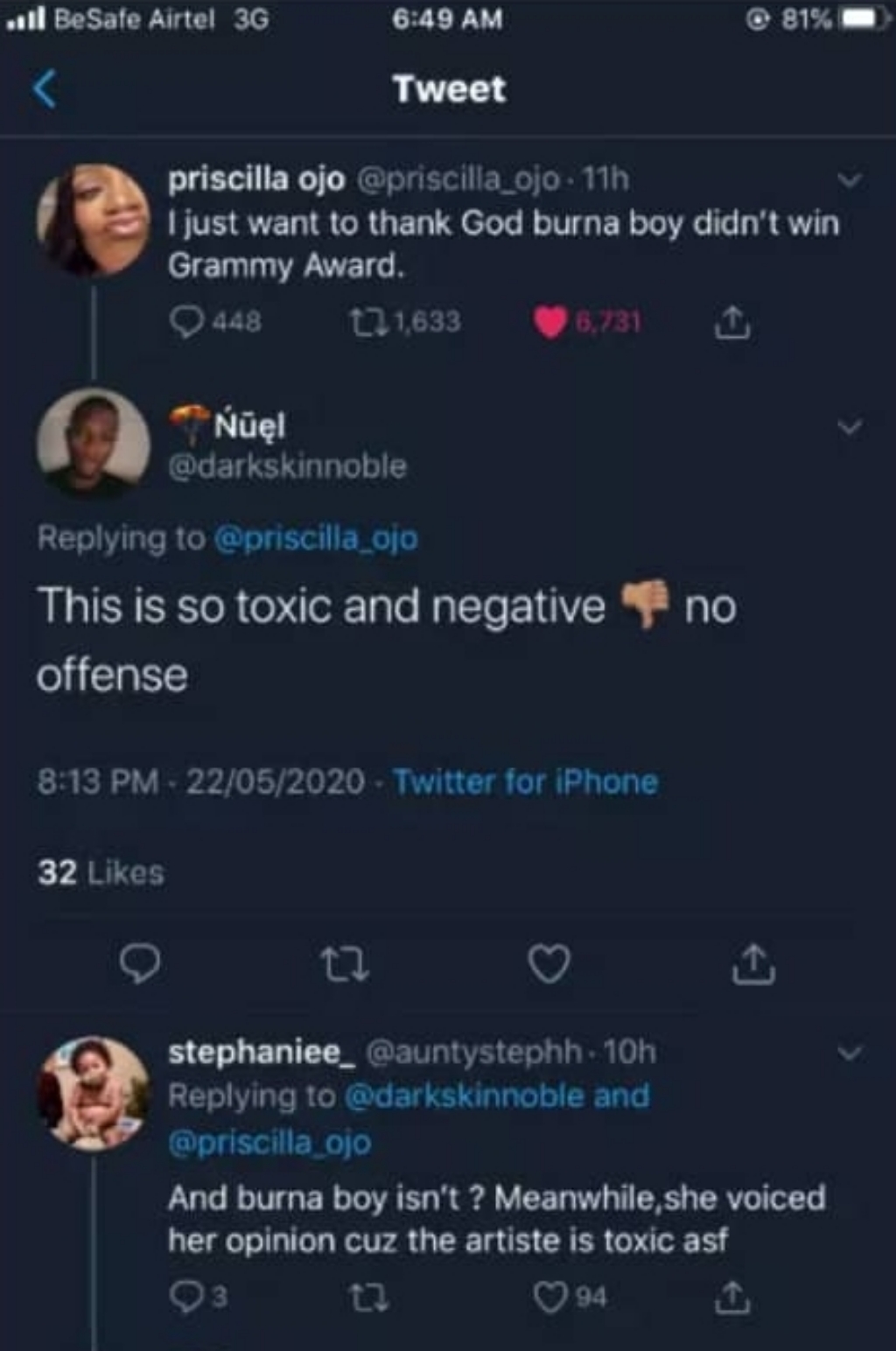