Nollywood actress and entrepreneur, Osas Ighodaro have taken to social media to celebrate her daughter, Azariah who clocked a new age today, June 21. 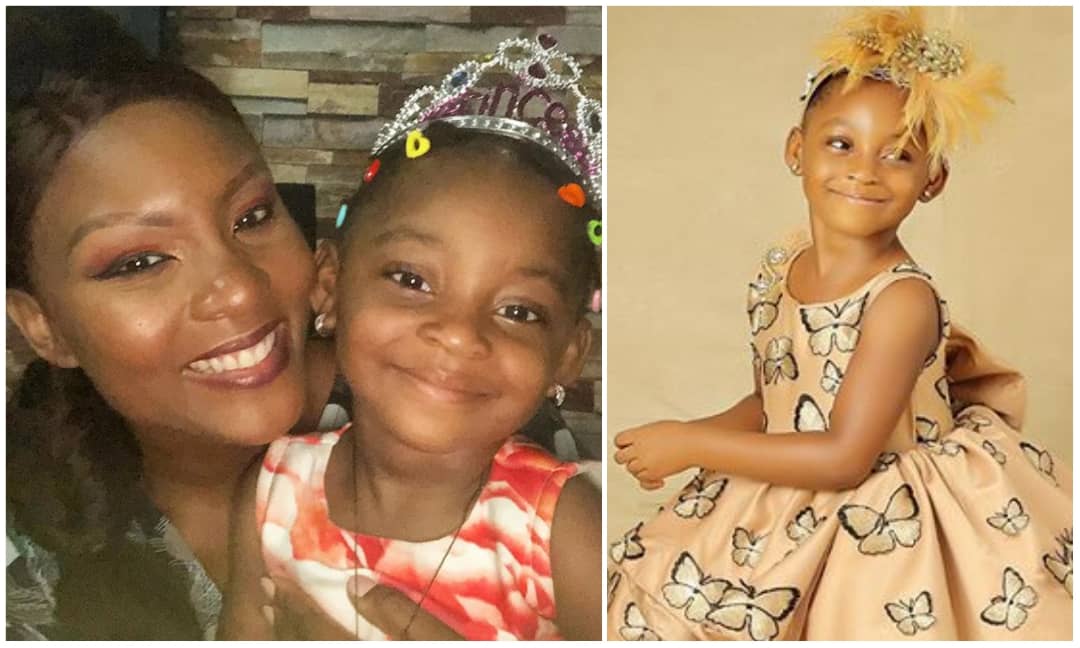 called a mother and she will not be taking it for granted anytime soon.

been shy of flaunting.

tears of joy and happiness and will forever treasure the love that exist between them.

See more photos of Osas Ighodaro used in celebrating her daughter below:

relationship that exist between Osas and her daughter as they join them in the celebration.

regarded as one of the most fashionable celebrity in the entertainment industry.

💖🎉🙏🏾 My sweetest baby girl is 4 years old today! Yessss, I’ve been crying tears of joy and happiness!!! You mean the world to me princess @azariahajibade ! May God continue to bless you and protect and enrich all that involves you!!!Prrrrraaaaaaiiiiissseeeee God! My baby girl is 4 years old today! 🎉🎉🎉🎉🎉🎉🎉🎉 #AzariahAjibade #blessed #birthdaygirl #proudmommy 🎉💜👑💃🏾💃🏾💃🏾🙏🏾

🎉🎉🎉 It’s a glorious day!!! Happiest Happiest Happiest 4th Birthday my sweetest baby girl Azariah Tiwatope Osarugue Ajibade!!! God smiled when HE blessed us with you! I love you sooo much it makes me cry! . God bless you my princess! God protect you!! God loves you more than any of us! It’s amazing seeing you blossom and become the amazing being God created you to be. You are young and already so loving and compassionate and considerate of others; already!!!! It’s truly amazing 💖 . Praise God almighty my baby girl is 4 today! Praaaaaise the Lord!!!! Hallelujah! It’s a celebration! Happy Birthday @azariahajibade Mommy loves you to eternity 😘😘😘🎉🙏🏾💖👑