He pointed out Ronaldo’s performance for both club & country within the year in focus as a major measure of his worthy of the award instead of the Argentine. But Nigerian actress Uche Jombo jumps to the defence of Messing and disagrees with the Englishman. See below their exchange on twitter:

Hmmm.. @Cristiano has triumphed in 3 of the world's toughest leagues, and with his national team.
Until Messi does anything outside of his Barcelona comfort zone, he can't compare. https://t.co/sPFEEldFHG

And Nollywood actress Uche Jombo responded with the tweet captured below: 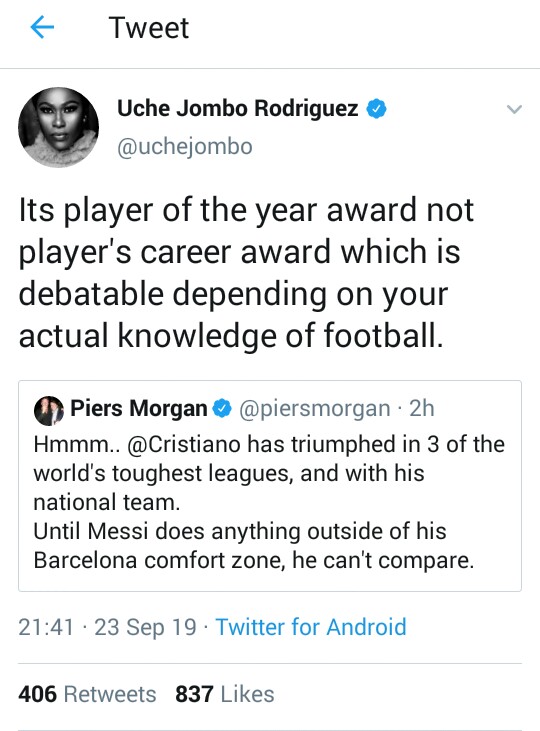 Wendy Shay bullied on Social Media after sharing photos of herself

Petite African model Fats Timbo loving every bit of it