Talented and energetic Nigerian dancer, Poco Lee has been spotted having a nice time with Mompha, one of the richest personality in the country. 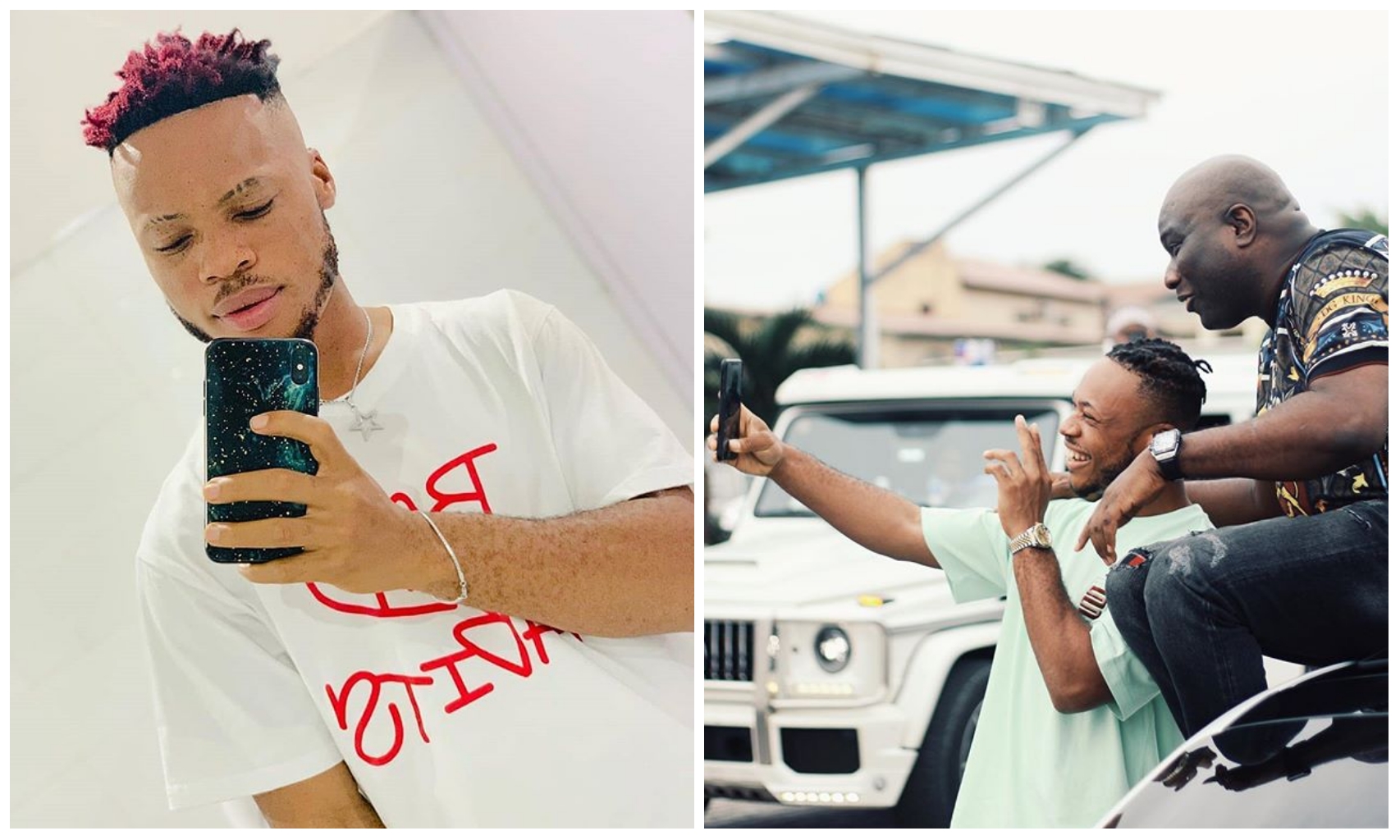 entertainment world again show where his fame has brought him as he meets with Mompha.

expensive cars, wristwatch and sometimes the food he decides to eat.

Lee who was all over him in the new pictures.

seems he might be giving him a lecture on how to do business.

See pictures of Poco Lee and Mompha having a nice time together below;

artiste in the industry like Burna Boy, Olamide, Naira Marley and a host of others.

new car to complement the good work he has been doing in the industry.

Poco Lee labelled the person as a good Samaritan and with the calibre of people he’s moving with it won’t be surprising if he gets another big gift in the nearest future.

Escalade is not just a mans Car as actress Halima Abubakar showcase her new...

Violette Johnson - October 29, 2019 0
Multiple award winner Actress Halima Abubaka took to her page to showcase her newly bought car. Halima who is a brand ambassador and also the...

I’m a feminist but I would love to have a man — Actress Ada...

Adedokun Moses - August 1, 2020 0
Nollywood Actress, Ada Ameh, has said she has no regret about having her daughter at the young age of 14, just as she reveals...

#BBNaija: After eviction, Diane is quite optimistic about her future

Violette Johnson - October 2, 2019 0
No prize for guessing, she had been evicted from the BBNaija house but Diane is taking it in good strides and getting optimistic about...

Adedokun Moses - July 18, 2020 0
Reality star and tech expert, Jackye have taken to her Instagram Page to pay an emotional tribute to the CEO of GoKada, Fahim Saleh...

Violette Johnson - August 20, 2019 0
Even if you don't know who she is before, you just can't help but admire her unequal level of positivism. Vanessa Mdee sure has...