Home Entertainment “Pride Kill you there” – Fans blast Soso Soberekon for bragging over...

Music executive, Soso Soberekon has been involved in an heated exchange with fans om social media after he claimed some of his critics have never been to an airport before.

trolled he fires back at them without considering what the end result might be.

fans who accuse him of bragging over what he has achieved in life.

he has been paying their salary for the past few months.

However, a fans who seems not pleased with this attacked Soberekon as he was

accused of helping only the females.

time on a private jet and caption with a message to haters and critics.

However, he was slammed by a fans who was not pleased with his caption as he was

accused of bragging as the fans added that pride will soon kill him. 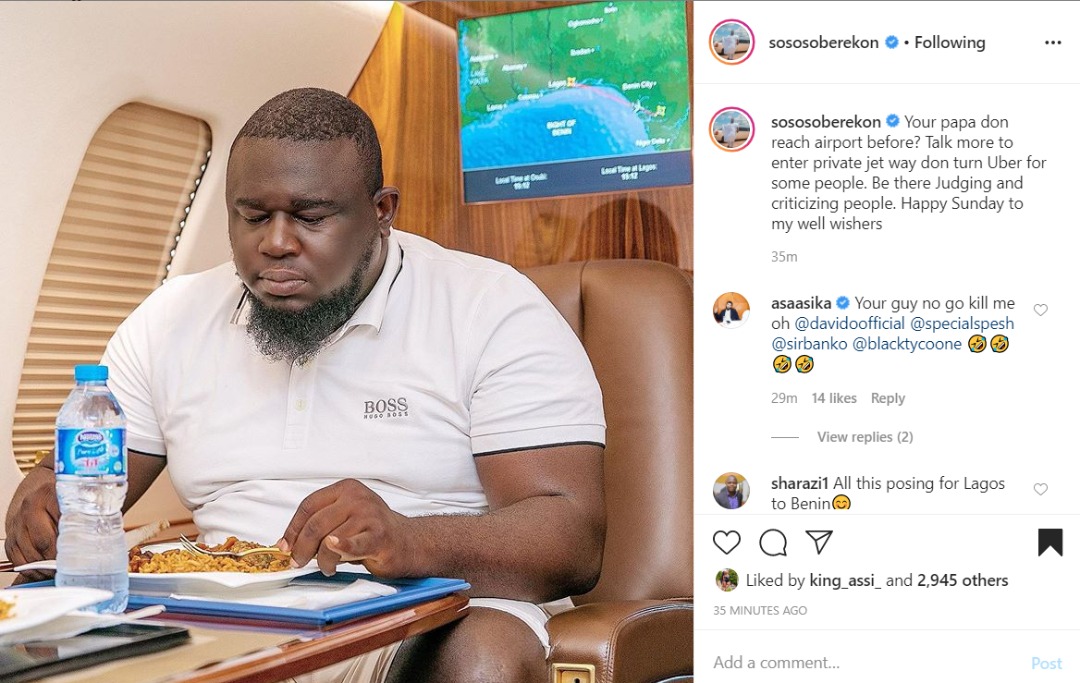 Some of us are building from the scratch, No connections – Tonto Dikeh

Biggest Music Awards in Nigeria, Headies 2019 all set with 29 categories