Home Entertainment Richie forced me to feature Kidi on my Ohemaa song – Kuami...

Kuami Eugene and Kidi of Lynx entertainment recently released a song together, named Ohemaa. The two had never collaborated before this song despite the fact that they are both signed to the same record label. 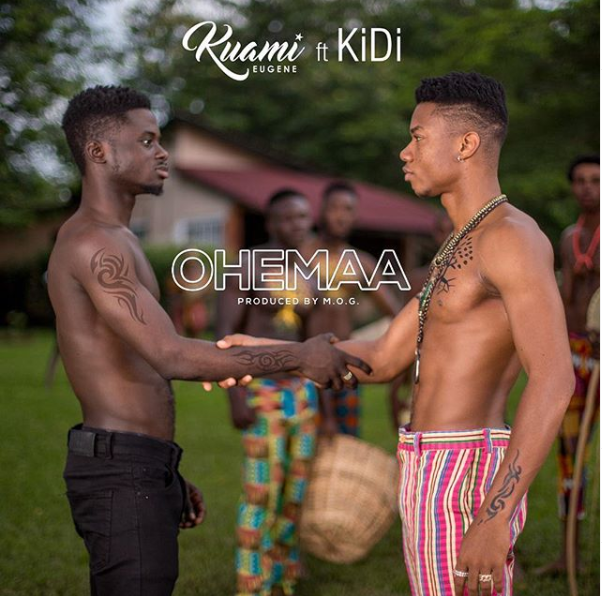 ‘Ohemaa’ a new Highlife track from Kuame Eugene ft Kidi but according to Kuami Eugene, he had no intention of putting KiDi on the song but was forced by the head of Lynx Entertianment to do so.

“True, this is the first time both of us are on a song together as in (Kuame Eugene ft. Kidi). I did the Ohemaa song and later on, Richie told me to create a space for KiDi verse on it. I didn’t plan to have him on but because of Richie, I had to put him on.” Kuami Eugene stated in an interview with Mamavi Owusu-Aboagye on JOY FM.

Violette Johnson - October 2, 2019 0
Not every lady has got that super looks with so much flavor to savor, Linda Osifo is one personality who lives it up as...

Violette Johnson - August 6, 2019 0
Of-course there's every reason for one to be thankful, to the Almighty creator, family and friends, and for everything there is. Surely ebony-skinned actress...

Adedokun Moses - May 20, 2020 0
Nigerian actress and filmaker, Omoni Oboli has been captured online begging Ghanaian actress, Jackie Appiah for some of her bags after she flaunted them...

Photos of Shina Peller stepping out using “Face Mask with a Valve” amid Coronavirus...

Adedokun Moses - April 28, 2020 0
Popular entrepreneur and politician, Shina Peller has shown how fashionable he his as he steps out in a cute face mask. With the current Coronavirus...

Violette Johnson - December 29, 2019 0
If you were thinking maybe Anita Joseph ever looked like that fly chic before she gained some weight along the way, she dug up...