Ni Ojuelegba O them know my story, we dey hustle to work, you all remember that line 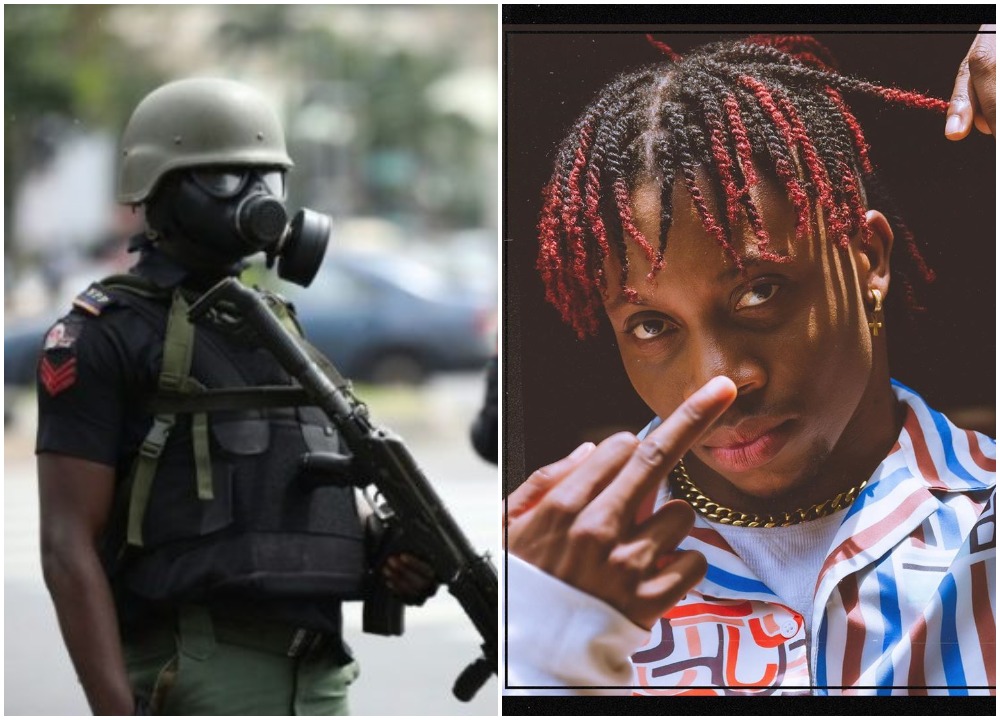 picked up from his uber ride around Ojuelegba this afternoon on his way out.

According to eye witness report which happens to be the uber driver, he said he picked up

which ended up in them arresting the Nigerian Get Away crooner.

Describing the vehicle which they had oxlade , he said the plate number of the vehcile wa XP314JJJ.

Meanwhile Oxlade himself has reacted to the incidence after he was released taking to his twitter account to drag the Nigerian Police , telling them to chill the fuck Out.

further say do we need to be in fear of thieves, armed robbers and now also the Nigerian Police.

see all the reactions from Oxlade, the Uber Driver and OAP Dotun Below:

#Oxlade was picked up by the police and he’s sharing his experience. #BellaNaija BellaNaija.com

Reason am, it’s just too late for you to fail- Linda Osifo flaunts her Hour glass figure in a green envy dress