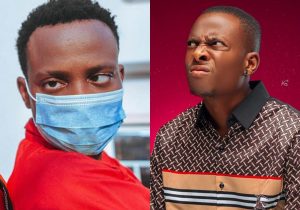 when he needed it most.

he started feeling the symptoms of the deadly virus.

However, despite calling all necessary authorities, Sydney Talker stated that he

meant to be isolated.

See Screenshots of his full narrations below:

Sydney Talker is gradually becoming a major household in the entertainment

industry and will be hoping to get himself back on tracks as soon as possible.

Sydney Talker test positive is not the only bad news as Chioma, the engaged girlfriend of Davido also joined the list of high profile name to test positive to the deadly virus.

child for her had been diagnosed for the disease after she came back from London.

Davido however noted that Chioma has been receiving medical treatment ever

since the result of the test came out adding that their son, Ifeanyi was not

The singer had to cancel his tour across cities in United States due to the pandemic disease.