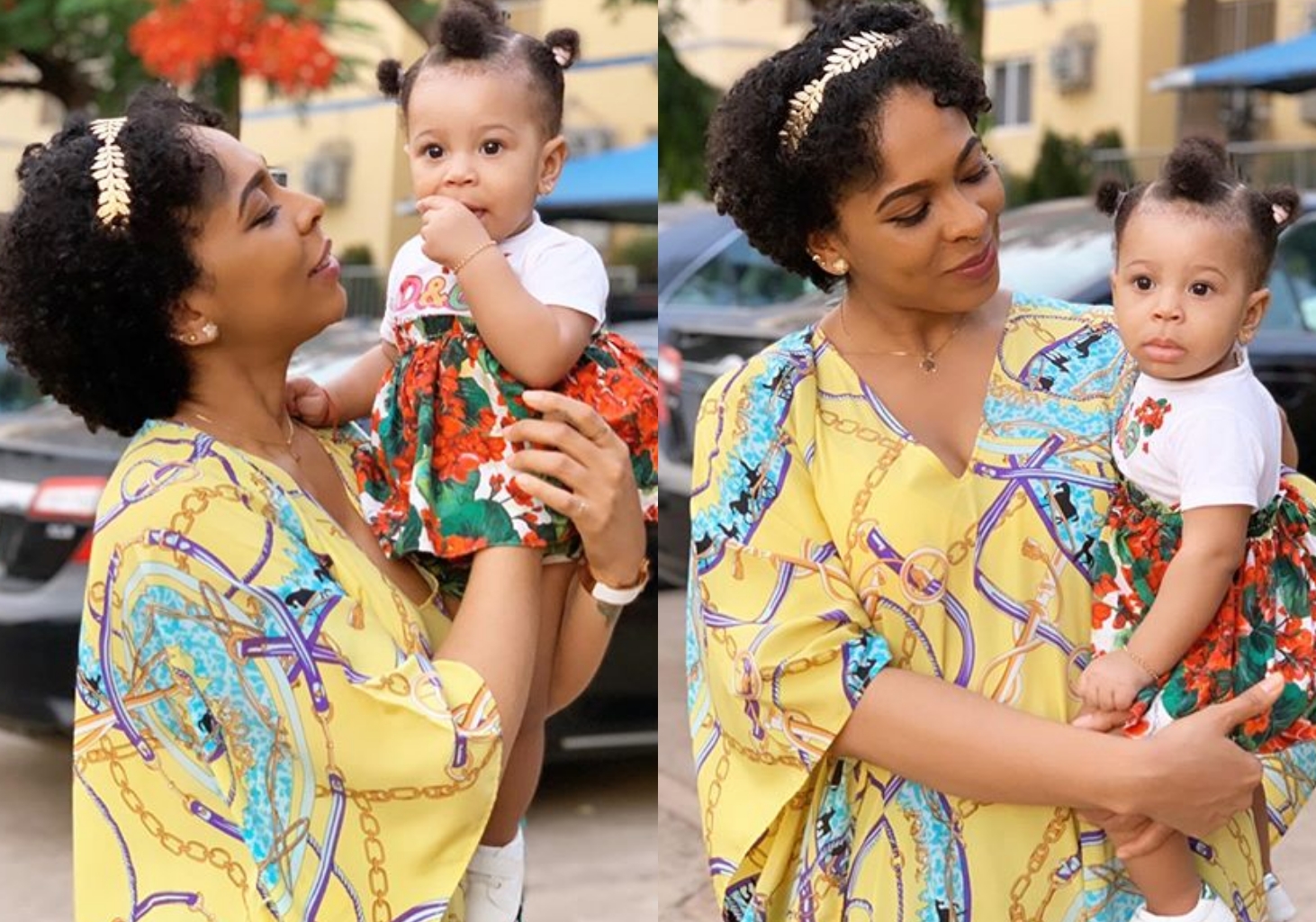 time now finally revealed it after so many pressure from fans and followers.

However, her baby’s face was criticised by some section of fans who noted noted that

they don’t see any reason why she has been hiding her face in the past.

ugly and not special, a move which saw the reality star weep profusely and rain curses

fond of flaunting her baby on social media anytime any day.

on social media as she noted how much love, joy and happiness she has brought to her life.

been able to maintain her beauty despite being a nursing mother.

READ
#BBNAIJA: Without A Doubt My Greatest Blessing - Tboss Shares Cute Photo With Her Daughter

I am Blessed. Blessed to be surrounded by so much Love, Joy & Happiness. God is Love indeed. Also, I have been getting all these messages/ questions about my skin, hair & how I bounced back😂😂( Thank you😘) I shall be revealing my lil secret about my Skin in my next post- it’s not really what I use but what I do😉. About the Body- 🤣🤣😂Lets just keep laughing for now 😆😆🙄😉

Tboss who rose to limelight after she appeared at the big brother naija show is yet to reveal who the father of her child is.

Though some fans have speculated a lot of names, the beautiful screen diva has not come to give a hint about the father.