Home Entertainment Timi Dakolo shares epic throwback of his kids, recalls how he was...

Talented Nigerian singer and songwriter, Timi Dakolo have taken to social media to reminisce on how he dealt with his kids while they were growing up. 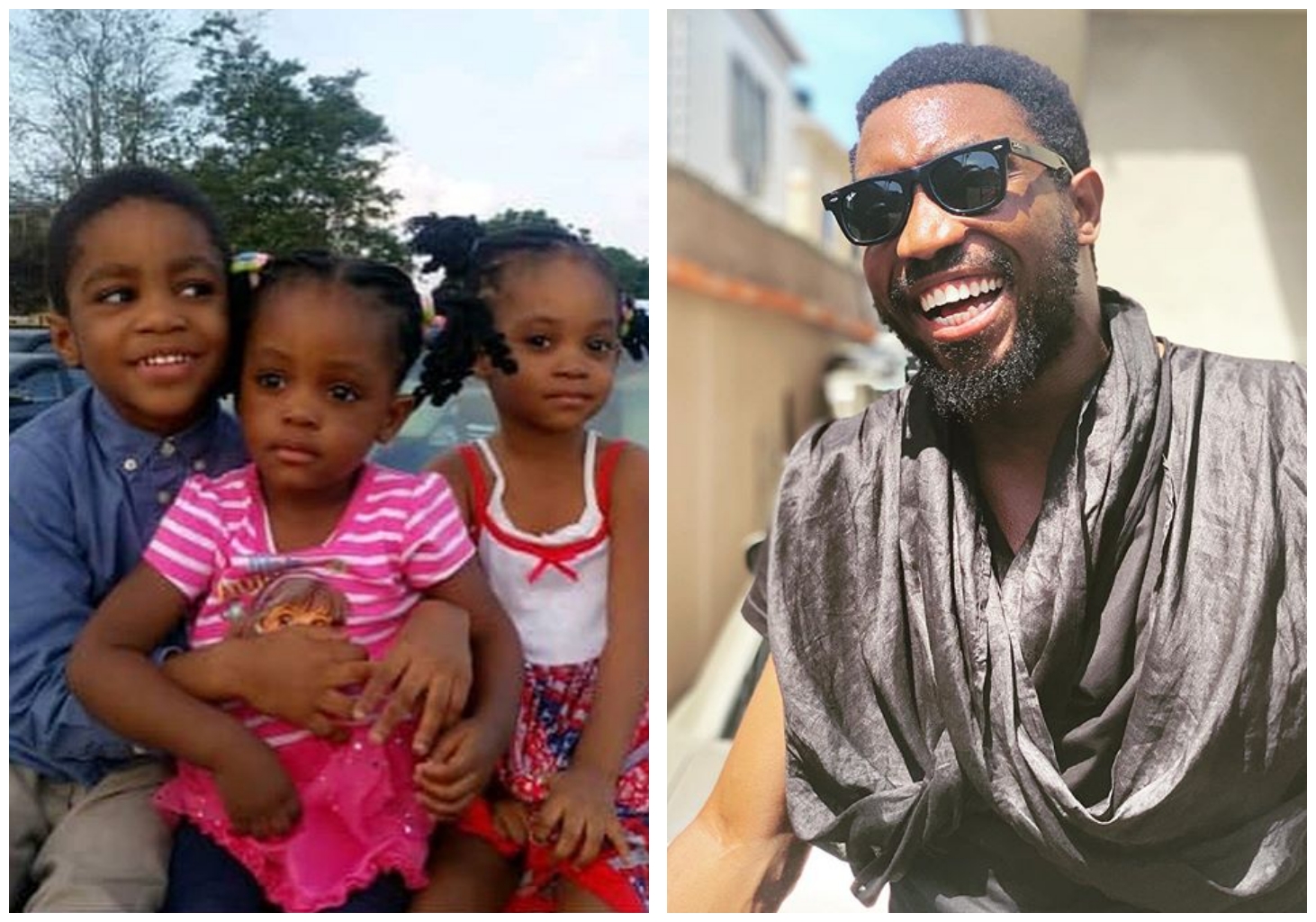 Timi Dakolo is fond of showing love to affection to not only his wife, Busola Dakolo, but to their lovely kids.

However, the role of being a parent can sometimes be worrisome as kids tend to

them have to perform both roles.

especially when their mother, Busola Dakolo was not around.

According to the award winning singer, during the time when the picture was

taken, the kids were not expensive and are willing to collect anything being given

them, an action that seems to have changed now that they are much older.

that he responsible for the hairstyle their adorable daughter was rocking, an

hairstyle that got fans talking.

Throw back to when they were not expensive and they accepted whatever I gave.. From the picture, you can see mummy wasn’t around for a while and Daddy did a fantastic job with the hair and dressing. . #throwbackthursday #Kids #father

Timi Dakolo’s kid might be asking for more now but their parents have been making a lot from their business empire.

#BBNaija: ‘Pepper Dem’ housemate, Vee and Ella drags each other on IG (Photo)