Popular media personality, Dotun has responded to claims that afropop star, Tiwa Savage left Cynthia Morgan when she was struggling. 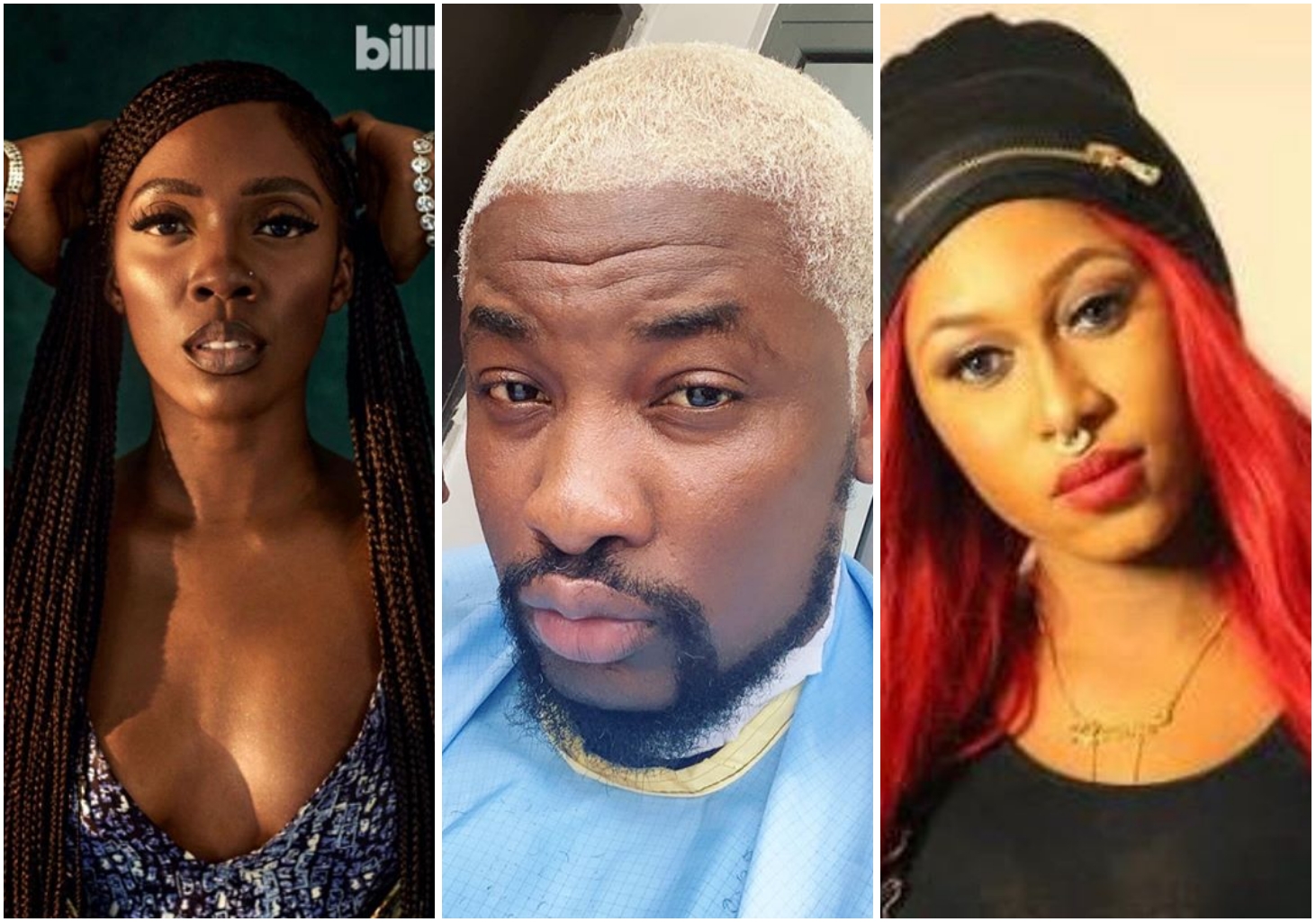 scene for a long period of time.

With Tiwa Savage’s name among the names circulating on social media, Dotun

took to micro blogging site, Twitter to clear the air on the role Tiwa Savage played

during Cynthia Morgan’s exile from the industry.

hat she tried to help Cynthia Morgan and always reached out to her during the difficult time.

back to the spotlight instead of spreading rumors about stars who could have helped.

Sharing the picture from the interview, he wrote;

“This is my interview with Tiwa 2018 I think. On the contrary… I just got news from a reliable source.. @TiwaSavage always reached out to Cynthia Morgan. She tried to help but that’s a story for another day. All we all should do it do our best and help her back up.”

“Always good to keep receipts.!.!.. I hope one day we would be able to do the right thing. The interview was more than enough reason to do you part and see the genuineness. Anyone can fall… thanks @TiwaSavage for helping” 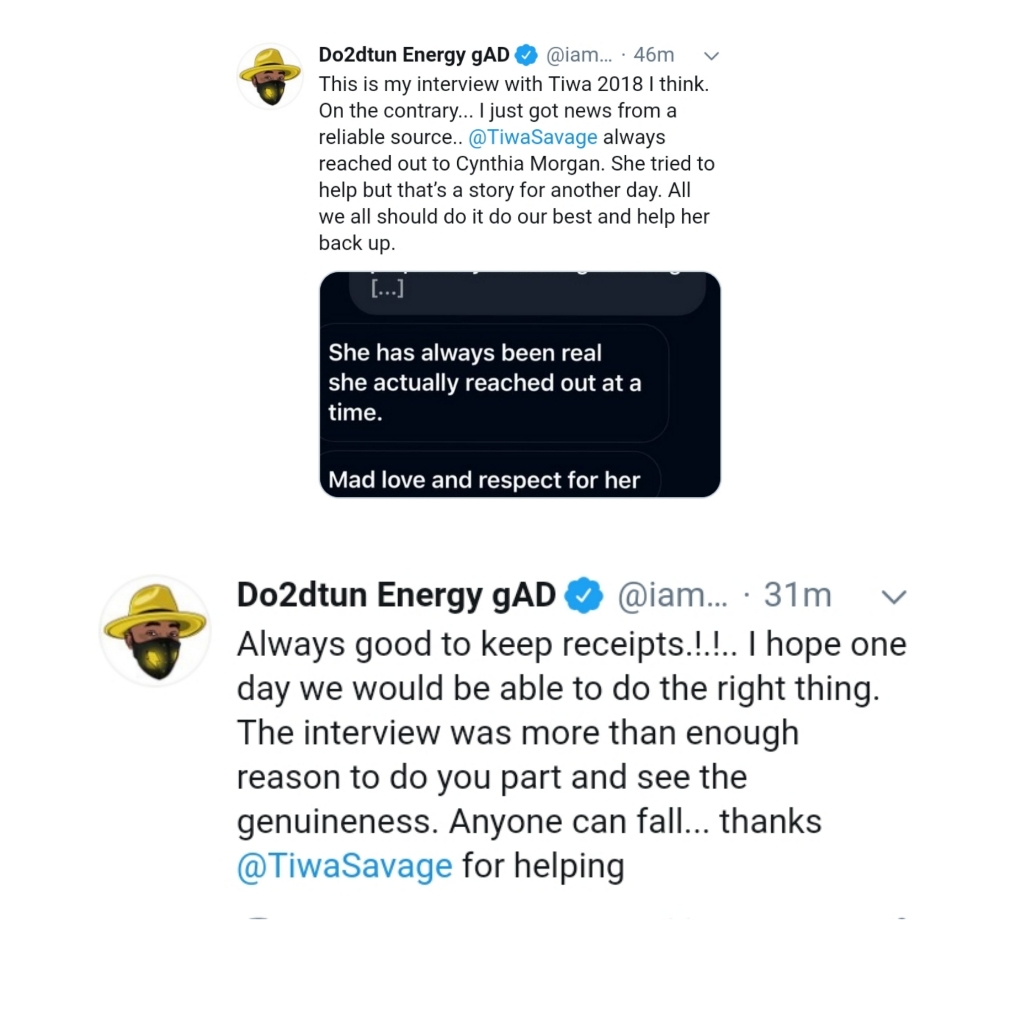 Cynthia Morgan’s shock revelation have seen top stars in the entertainment world voicing out their opinions.

Some of them have advised their colleagues to seek legal advice before they sign any contract that might have negative impact on their career in the future.