Celebrated Nigerian singer, Tiwa Savage has teasingly denied the assertion that she is wealthier than Nigerian BET award winner, Wizkid. 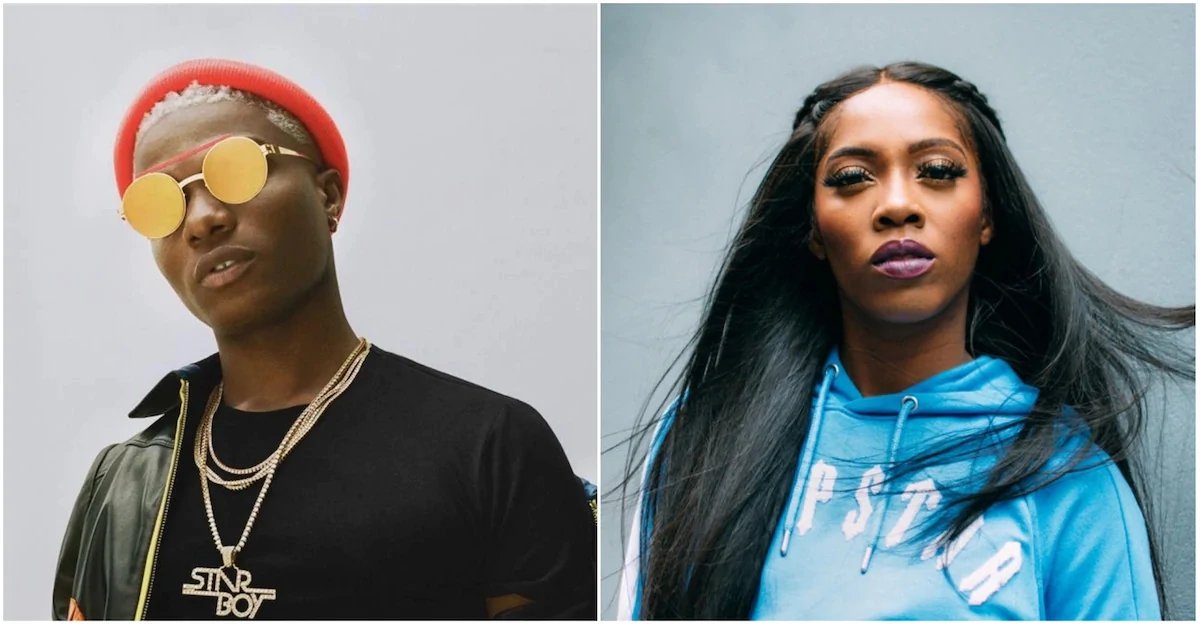 A twitter user posted pictures of both Tiwa and Wizkid apparently with the aim of comparing the wealth of the two superstars to find out who was richer.

However, the “all over” hitmaker in a response to the tweet expressed that the comparism could not be possible because Wizkid is far richer than her. She jokingly emphasized that she even calls Wizkid to borrow money from him but he doesn’t answer her calls.

Tiwa Savage is currently in the US promoting her new single 49-99 which is receiving a lot of positive reactions on social media.

READ
Proposing doesn't have to be dramatic , nor Public - Pastor Kingsley Okonkwo

Violette Johnson - December 31, 2019 0
The curvy actress Moyo Lawal is an example of "say it" and "do it", as she flashes her thick curves while having an exclusive...

James Antwi - September 1, 2019 0
In a startling manner, the ‘Pepper dem’ BBNaija housemates experienced a real treat as Jidenna called on them. As the housemates were preparing up for...

Violette Johnson - June 26, 2019 0
Ghanaian rappers Medikal and Strongman, recently were involved in a sizzling beef ever to hit Ghana. The two rappers released back to back songs...

Adedokun Moses - June 28, 2020 0
It's currently a dark Sunday for Nigerians especially indigenes of Oyo State who are still mourning the death of their former Governor, Senator Abiola...