Media Personality, Toke Makinwa labels entire human being as inmates due to the deadly pandemic virus.

reported on a daily basis, citizens have been ordered by the Government to stay at home.

active on social media sharing her thoughts on the disease.

due to the state that the virus has left them. 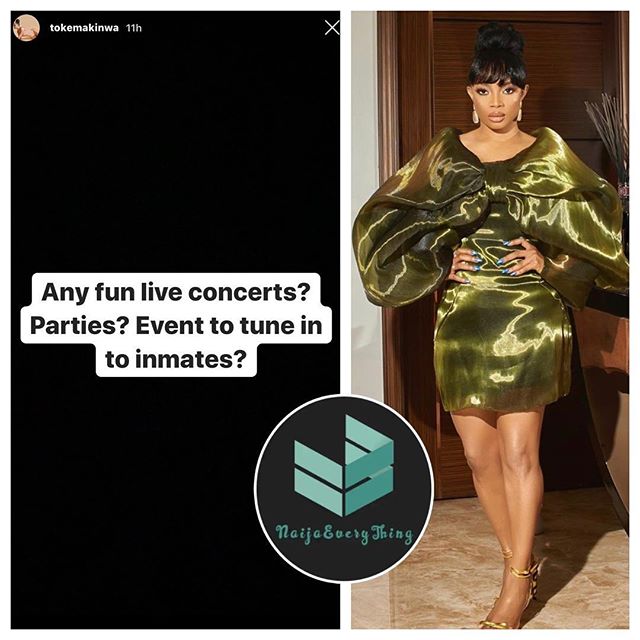 Fans will not argue with Toke Makinwa’s opinion on the issue as they’ve been ordered to stay at home so to stop the further outspread of the virus.

of their gifts when they are giving it out.

stuffs, Toke Makinwa noted that they should document their work and should

stop filming the face of their recipients as some would not love to be seen on the big screen.

She added by noting that she was not shading or aiming dig at any celebrity but only giving them an advice.

Top celebrities like Tonto Dikeh have stormed the streets in recent days to bless fans with foodstuffs.

“We are not gold diggers, just Date within your tax bracket,” – Toke Makinwa slams men