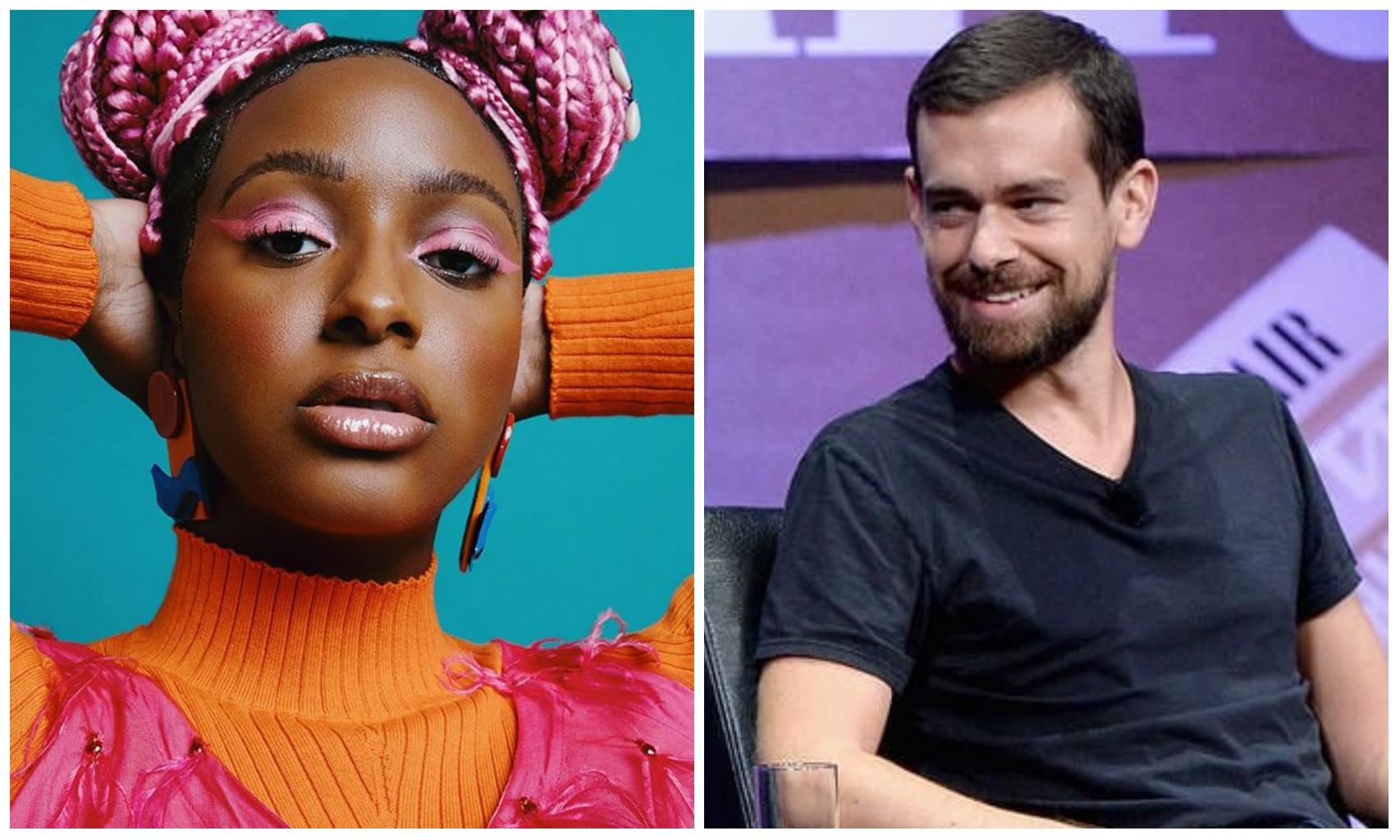 as showing how blessed she is in the business side of it.

recognition in the global world.

DJ Cuppy is now set to dish out see of her business plan and ideas to one of the richest man in the world, Jack Dorsey.

Jack Dorsey who is worth $4.9 billion, according to Forbes accepted the offer

on how to make his platform more better.

“Dear @Jack just found out that I’m the most ENGAGED and fastest GROWING female on @Twitter NG (NIGERIA) …Would LOVE to chat to you about some ideas!”

READ
Adele officially files for divorce from her husband

Cuppy replied her message by noting that something will be set up. 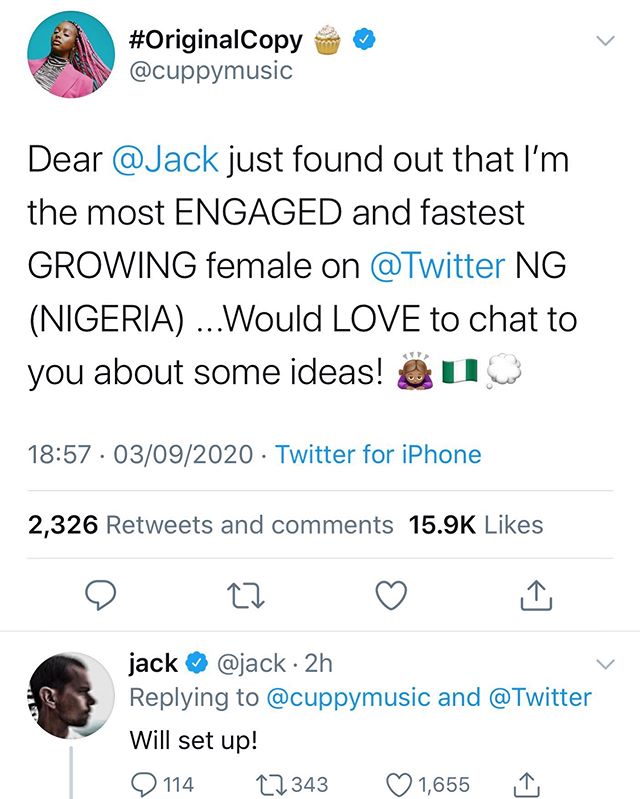 DJ Cuppy will be glad to met the 43-year-old college drop-out who says he plans to give away all of his money within his lifetime.