Niyo Siyo, Ubi Franklin third babymama, has responded to Sandra Iheuwa who is Ubi’s 4th babymama claims that Xenophobic attack stopped him from seeing his son, Shiloh in South Africa. 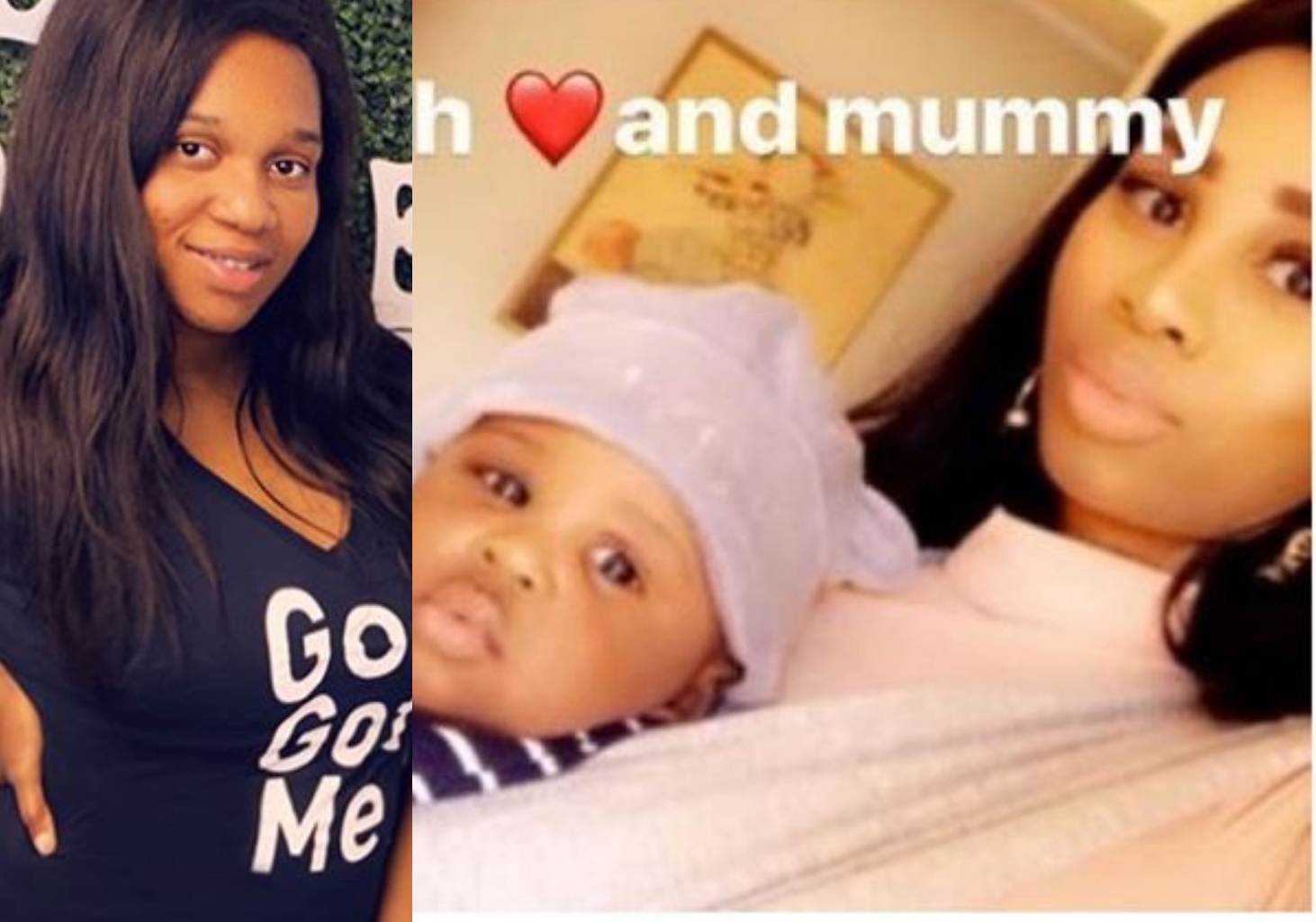 It will be recalled that Nicola called Ubi out on Instagram yesterday April 15, after he

According to Nicola, Ubi has never met their son, Shiloh, since his birth in April

2019, but is fond of posting his photos on Instagram to suit his public image.

physically for his kids because of work.

Sandra who is Ubi Franklin fourth babymama, thereafter, took to Instagram to defend Ubi after Nicola called him out for being an absentee father.

Sandra stated that Ubi sends Nicola money regularly for the upkeep of their child, so she shouldn’t be complaining.

Sandra who has since settled her rift with Ubi Franklin after he initially denied her pregnancy, stated that Ubi couldn’t make it

that Ubi had offered Nicola money to bring Shiloh down to Nigeria but she refused.

“Don’t let anyone shatter your dream, you can move mountains” – Gifty motivate fans