Actress and model, Venita Akpofure have taken to social media to celebrate the birthday of her daughter whom she cherish so much. 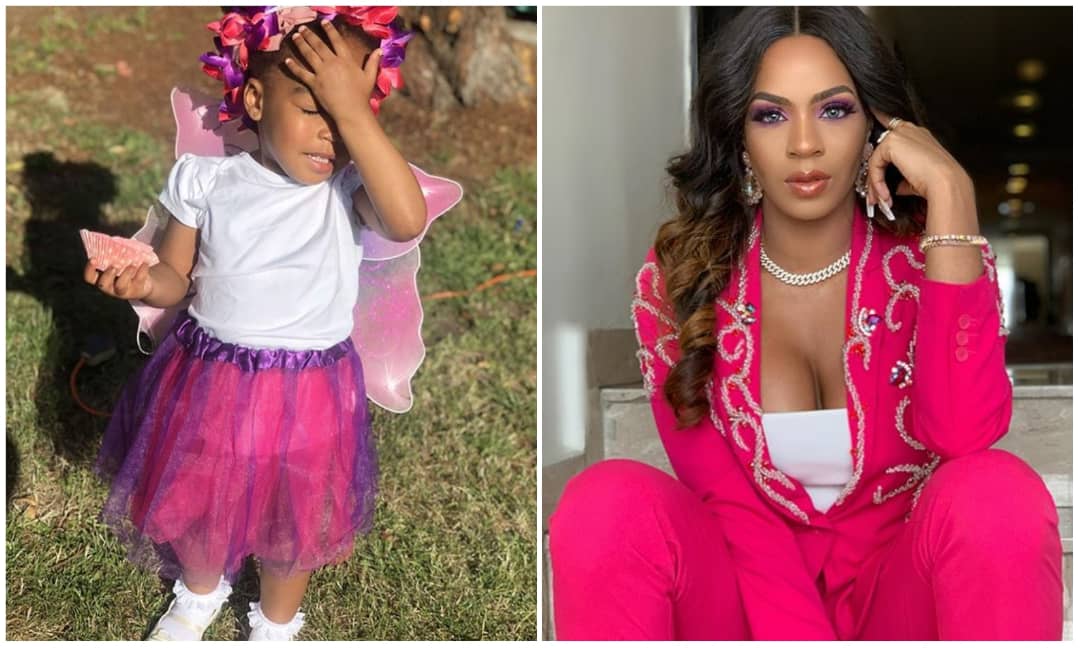 for granted as she celebrates her child’s milestone in the best ever.

Her daughter added a new age today, June 29 and Venita who is noy taking the milestone

attained for granted took to her official Instagram Page to pen am heartfelt message to her daughter.

The beautiful screen diva shared some adorable pictures of her daughter and made sure it was well captioned with a sweet message that her daughter would have been proud of.

glad she his when she came out of her womb healthy and happy and strong.

She also wished her all the best life could, praying she attain a great height in a world that’s full of difficulties.

the big brother naija show and have formed a huge fans base ever since.

fans would be glad she had celebrated her child in a way she would be proud of.

Happy Birthday Queen, When God brought you to me, I was delighted. You came healthy and happy and strong. Such a confident and self assured little madam you are now. I thank God for your adorable and strong personality. Queen daughter, I pray that God will bestow favor upon your life so that you may enjoy victory in whatever you do. Have a beautiful birthday celebration, my dear. May you flourish and prosper abundantly in every aspect of your beautiful life. And may God continue to provide and bless me with all the resources to ensure you and your sister excell and exceed always ❤️❤️❤️