A Nigerian man have been left lamenting on social media after he accused some policemen of assaulting and extorting money from him. 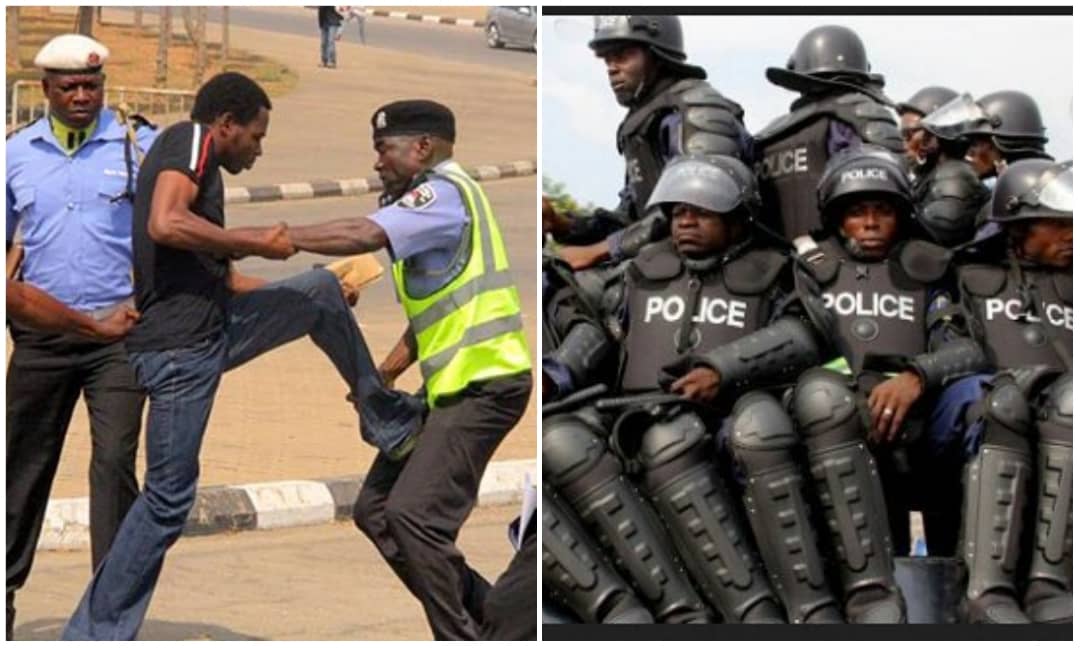 does not look like a trend that will be stopping anytime soon.

A man on micro blogging site, Two with username nifemi has called out the force for

allegedly assaulting and extorting money from him during their recent meeting.

According to the man, some policemen from Aguda Police Station planted weed in his car

and extorted 40k from him and his friends after they had been beaten.

left with a swollen face after their encounter after being punched two by the police officer.

Annoyed on how the event unfolded, he added that the police officer collected 40k after

they had earlier asked for nothing less than 50k adding that they disgust him.

Read his full ordeal from the hands of police men below: 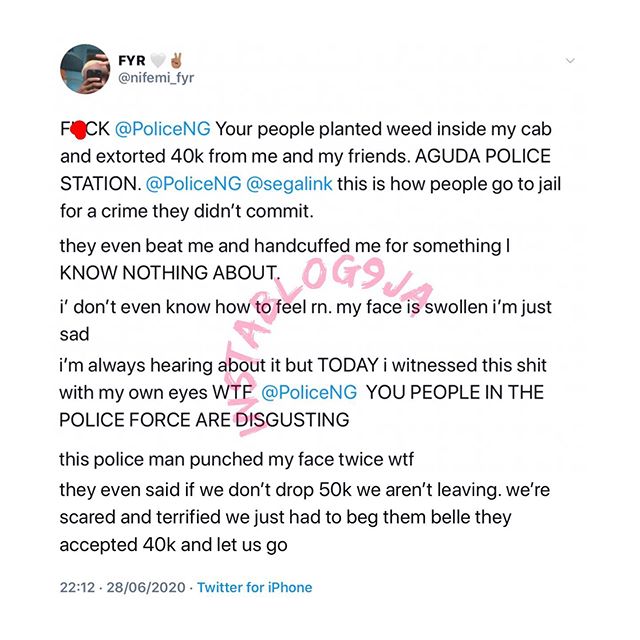