Nigeria music star, Waje has revealed how her mother inspired her when she was writing hit single ‘One Naira’ as she continues to celebrate her birthday. 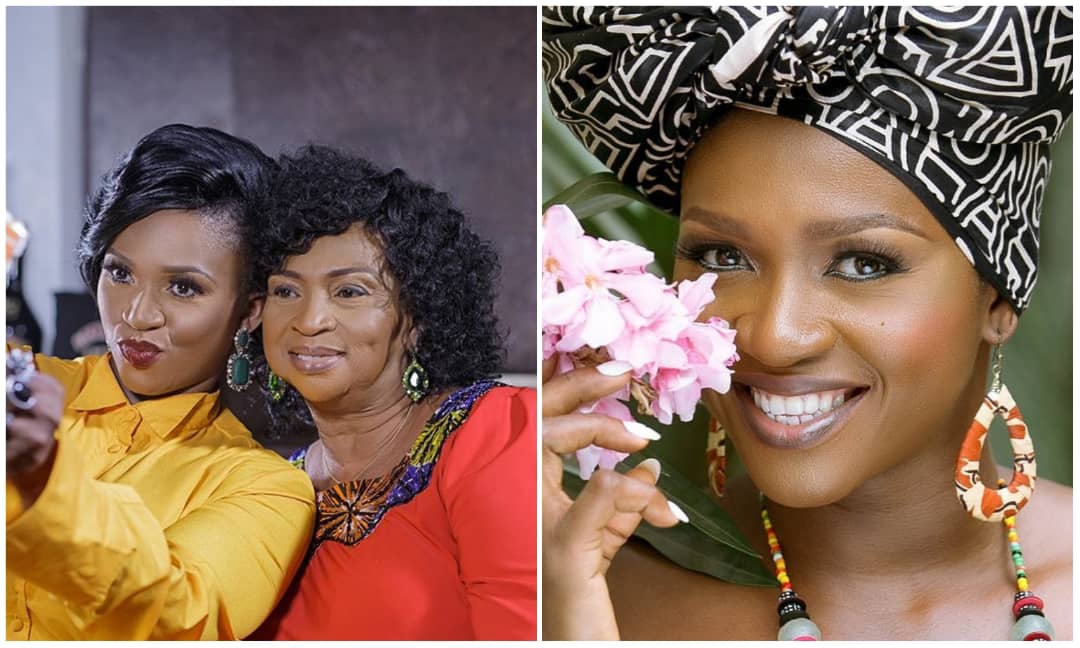 a new age today, June 30 as she shared some cute pictures of them together.

who made sure the single receive massive response from fans across the globe with her magical words.

With fans still feeling the impact of the hit single till today, Waje opened

up on how the love she has for her mother made her think deep when writing her verse.

READ
#BBNaija: Whatever is between me and Ozo is over - Nengi fumes after night party drama (Video)

that MI who wasn’t feeling her first chorus asked her to think of someone she would give everything for and she thought of her precious mother.

She also gushed about how she called her mother a young girl adding that her reaction was priceless.

Waje’s love for her mother have shown that she will not for once take how she has impacted her life positively.

as they wish her mother the best life has to offer.

Adedokun Moses - July 19, 2020 0
It's currently a joyous day in the day camp of controversial reality star and model Tacha as she bags another endorsement deal with one...

Violette Johnson - October 29, 2019 0
The amazing  Nollywood actress Tonto gazed instagram with her glowing beauty as she rock her native attire on instagram Tonto Dikeh  who signed a N100...

Violette Johnson - June 21, 2019 0
Ghanaian musician Patapaa has made a serious comment on his twitter handle stating that "Why wait till I'm dead to write on my timeline...

Olumide Oluwaseyi - March 11, 2020 0
Nollywood producer and celebrity has urged everyone to live without having sex or make love. The film maker and movie producer, Imoh Umoren is a...