Home Entertainment “Wake me up when Arsenal wins the Champions League!” – a ‘dead’... 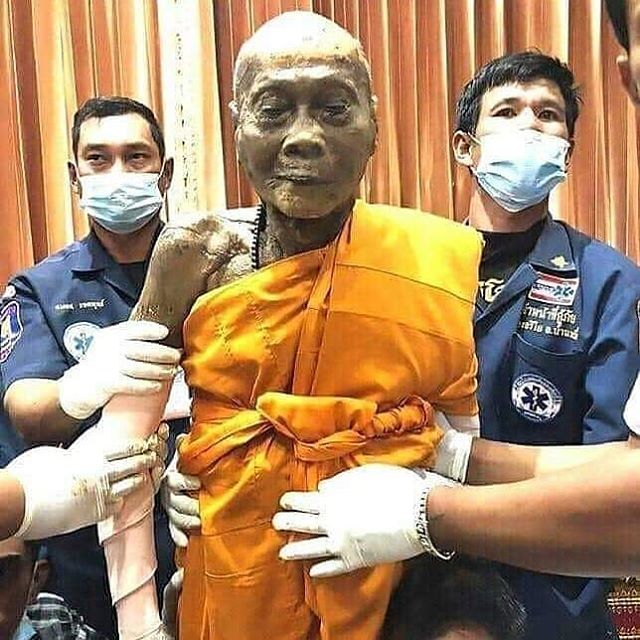 Well it turned out that an old monk who was said to be preserved and mummified in death for about 100years, but still believed to be alive, had a controversial scroll buried next to him that claims he should woken up if only Arsenal football club ever wins a Champions League trophy – now I think that’s so cruel ??

Popular On-Air-personality (OAP) Murphy Ijemba aka ‘Radio Paparazi’ shared the strange monk’s photo (seen above) on his instagram page, with some bits: “A mummified monk from around 100 years ago became news on websites around the world. According to some buddhist, he’s still alive and is in a deep state of meditation. The body was found in the outskirts of Ulaanbaatar, China. It is believed that the cold climate of the region has preserved the body which was found in good condition, wrapped by an animal skin. Next to the body, a scoll was found with an ancient Chinese text that translates ” Wake me up when Arsenal wins The Champions League.” ???? u didn’t see that coming did u ???”