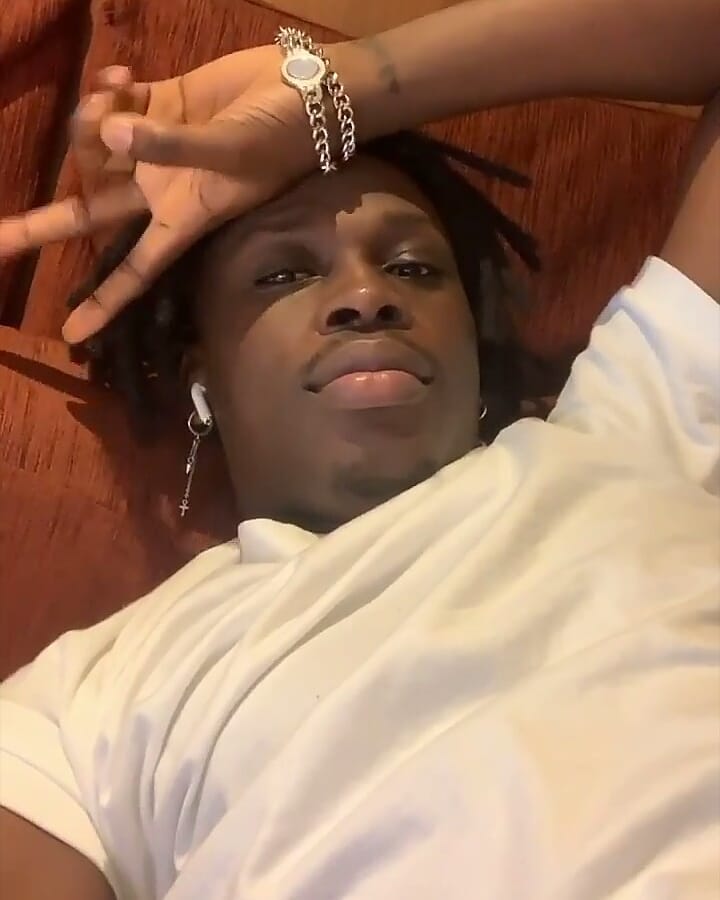 Fireboydml who is signed to YBNL Records sublty shaded his friend Oxlade who is also a singer who was eager to troll him after he posted something on his twitter handle.

The Afro-pop singer and songwriter who hails from Ogun State, South-Western Nigeria had written that he’s waiting patiently to make an appearance at Wizkid starfest concert next year.

However the Oxlade replied him by saying So 20 is more realistic but Fireboy answered him in a stunning way. 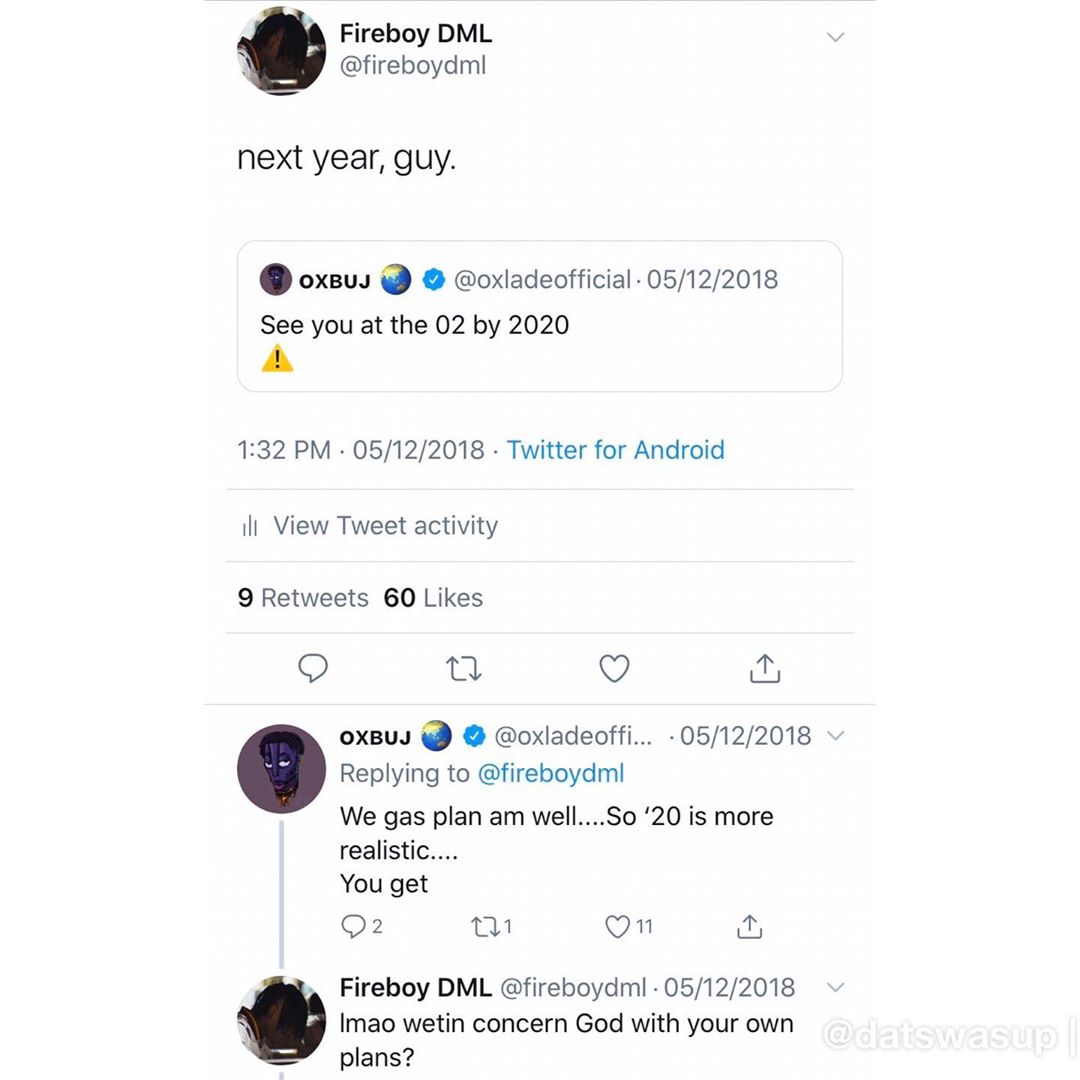