Home Entertainment When BBN is over, you will realize your sanity — Reno Omokri... 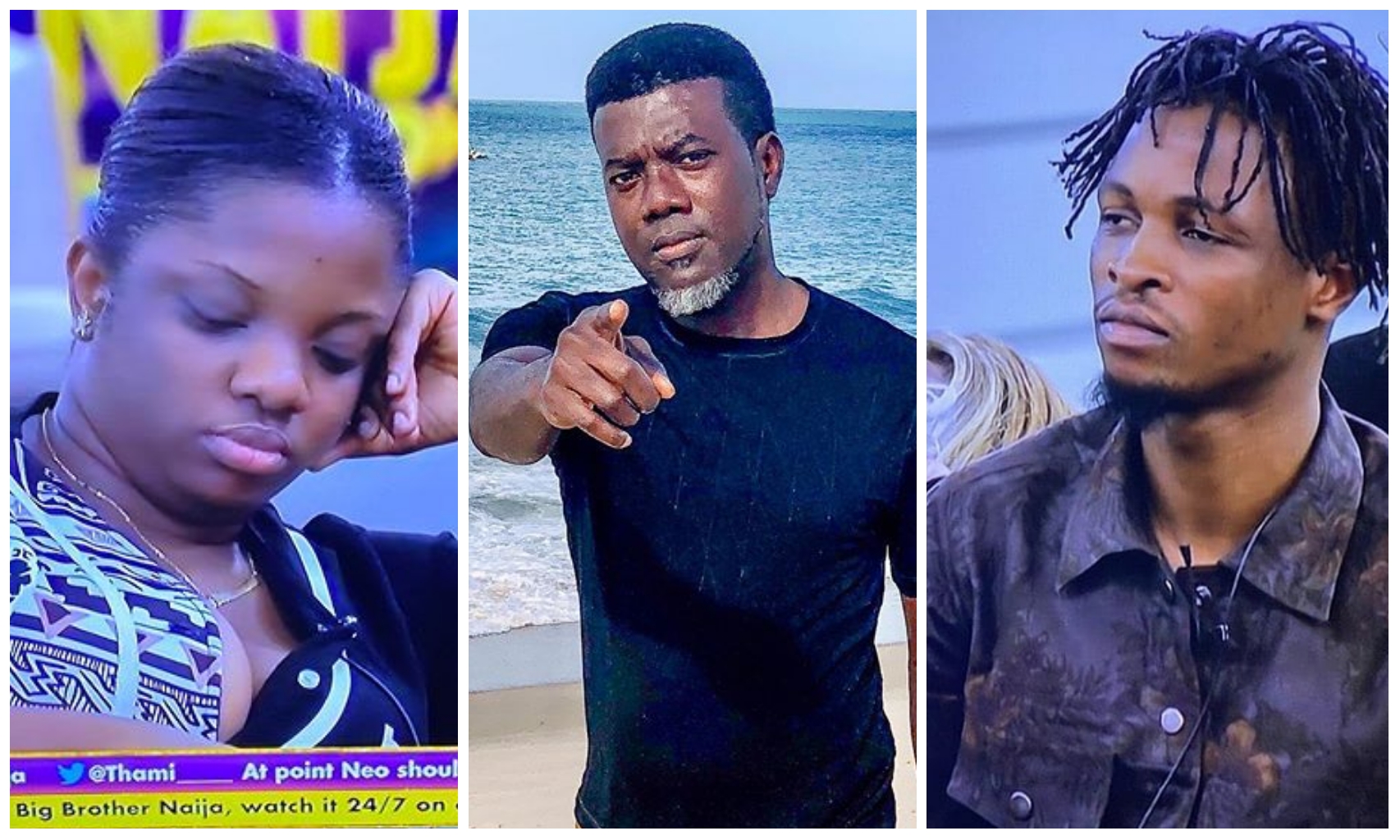 been receiving in the past.

Nigeria youths as he has once berated them for choosing the wrong show.

With the show set to conclude on Sunday, Reno Omokri took to his social media

READ
#BBNaija: Why am rooting for Laycon despite being an Igbo – Nkechi Blessing

once the show comes to an end.

housemate to promote their business, things would have changed for them.

“You campaign for your #BBNaija housemate on your profile. You even wear the branded T-Shirt and hold watch parties. Wrong focus. If you had put that effort toward selling a product, you could have been a millionaire example of sell to excel by now!”

Fuel and electric prices were raised, and Naira was devalued, while you were distracted by #BBNaija. By the time BBN is over, and you are back to reality, you will realise that your sanity has been affected by the vanity you followed with clarity! 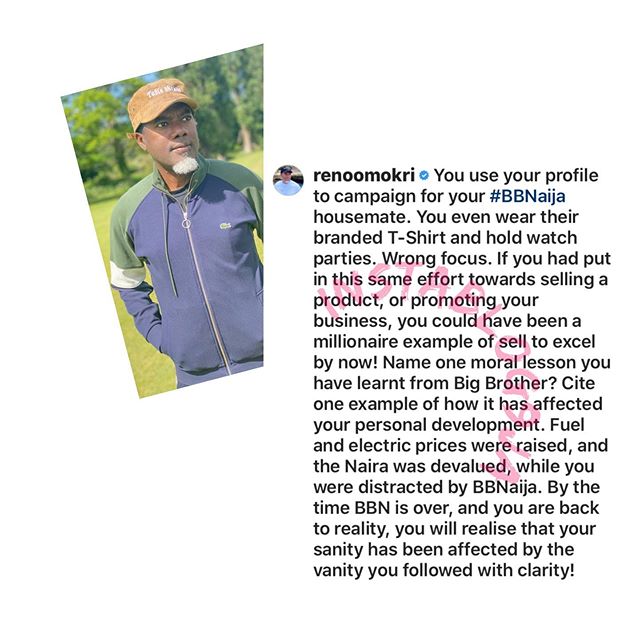 READ
#BBNaijaReunion: Esther had Friends in the upper echelon – Frodd open up on their failed relationship (Video)