Controversial male barbie, Bobrisky jave attacked Nigerians who are mocking and celebrating Hushpuppi’s arrest by the FBI and Interpol. 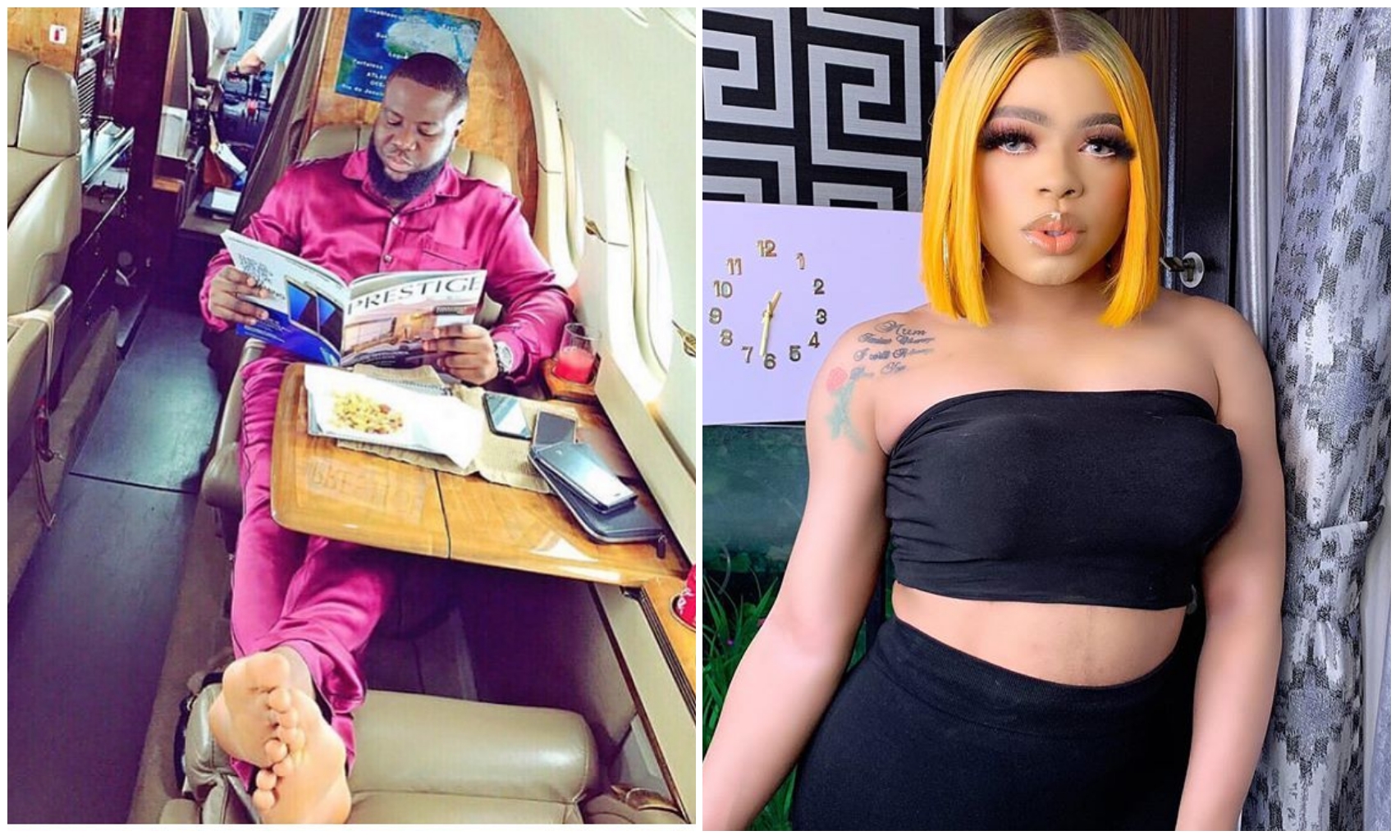 It’s no longer news that Hushpuppi has been apprehended by the FBI over an alleged involvement in cyber crime and this got more complicated when it was revealed that he has scammed over 1.9 million people across the globe.

Top celebrities have been sharing their thoughts ever since then as they tend to advise the young ones looking up to Hushpuppi without knowing his source pf income.

However, Bobrisky has attacked them as he noted how bad it is for one to be celebrating the downfall of their fellow human being.

According to Bobrisky, he has read a lot of news on the internet concerning the arrest of Hushpuppi and it’s saddened his heart to see Nigerians especially celebrities shading someone they once celebrate.

He asked the so called celebrities where all the praises they were giving him back then had gone asking them not to judge anyone in life.

This is the second time Bobrisky whose real name is Idris Okuneye will standing firm behind Hushpuppi during this trying times.

Hushpuppi who is popularly known for flaunting his expensive lifestyle on social media was one of Bobrisky’s favorite as he’s used to gifting him cash gifts.

Bobrisky on different occasions have been spotted having a nice time with Hushpuppi and this seems to be one of the reasons why he’s backing him. 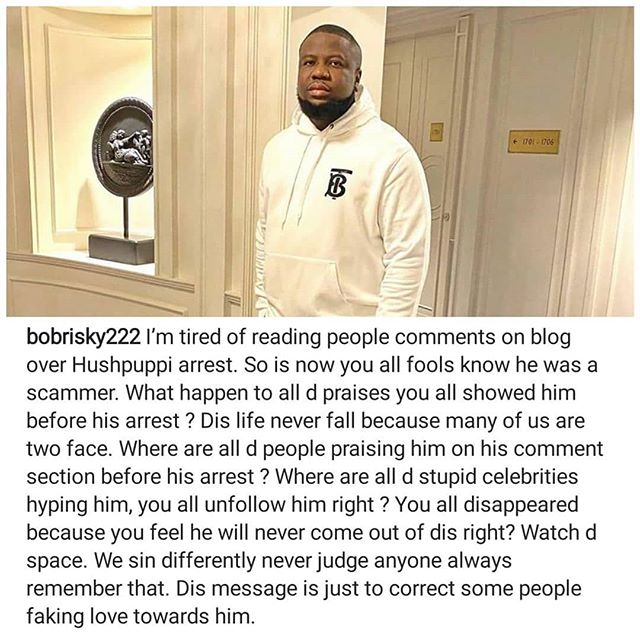