Following a report that has revealed that Nigeria is  Africa’s biggest exporter of footballers, majority of people have expressed excitement about the news. 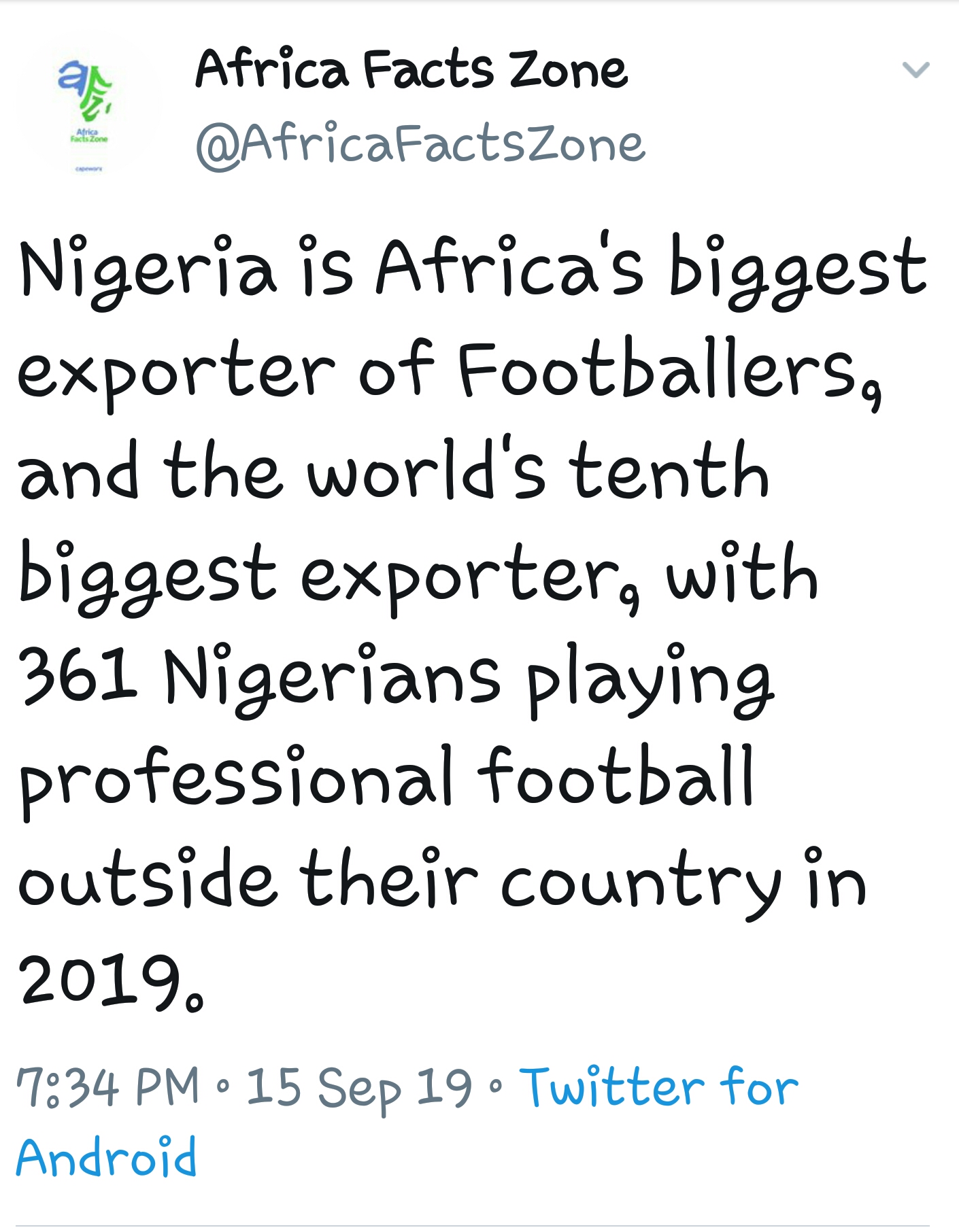 However, celebrated Nigerian singer, Yemi Alade in response to the report,  has taken the opposite turn by descending heavily on the Nigerian government.

The “Johnny” hitmaker lashed out at the government by stating that the government has abandoned the focus of improving the lives of Nigerians and has rather exercised misplaced priorities in its dealings.

Yemi Alade, via her twitter page added that if the government had helped to focus on bettering the lives of Nigerians, a lot of people will have become aware  of the greatness of Nigeria. 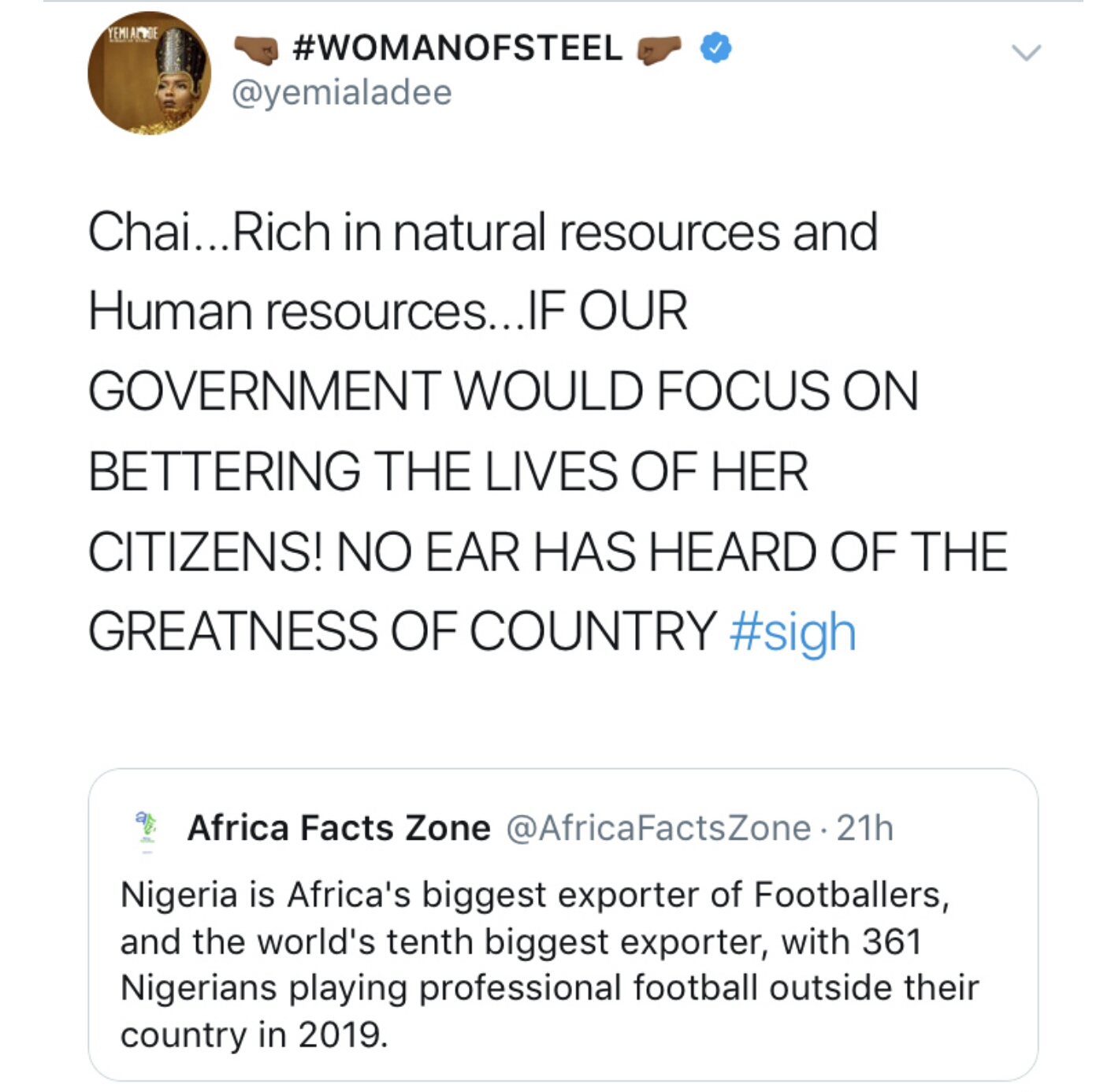 Yemi Alade is one of Nigeria’s most celebrated singers and currently holds the record as the first and only African female artiste to get a million subscribers on YouTube.

She recently released her new albim titled “Woman of Steel”