Home Entertainment Celebrities ‘A thief is a thief whether high or low profile’- Ace broadcaster,...

Talented media personality, Layole Oyatogun have joined the leagues of top award winning celebrities to speak about the arrest of Instagram socialite, Hushpuppi. 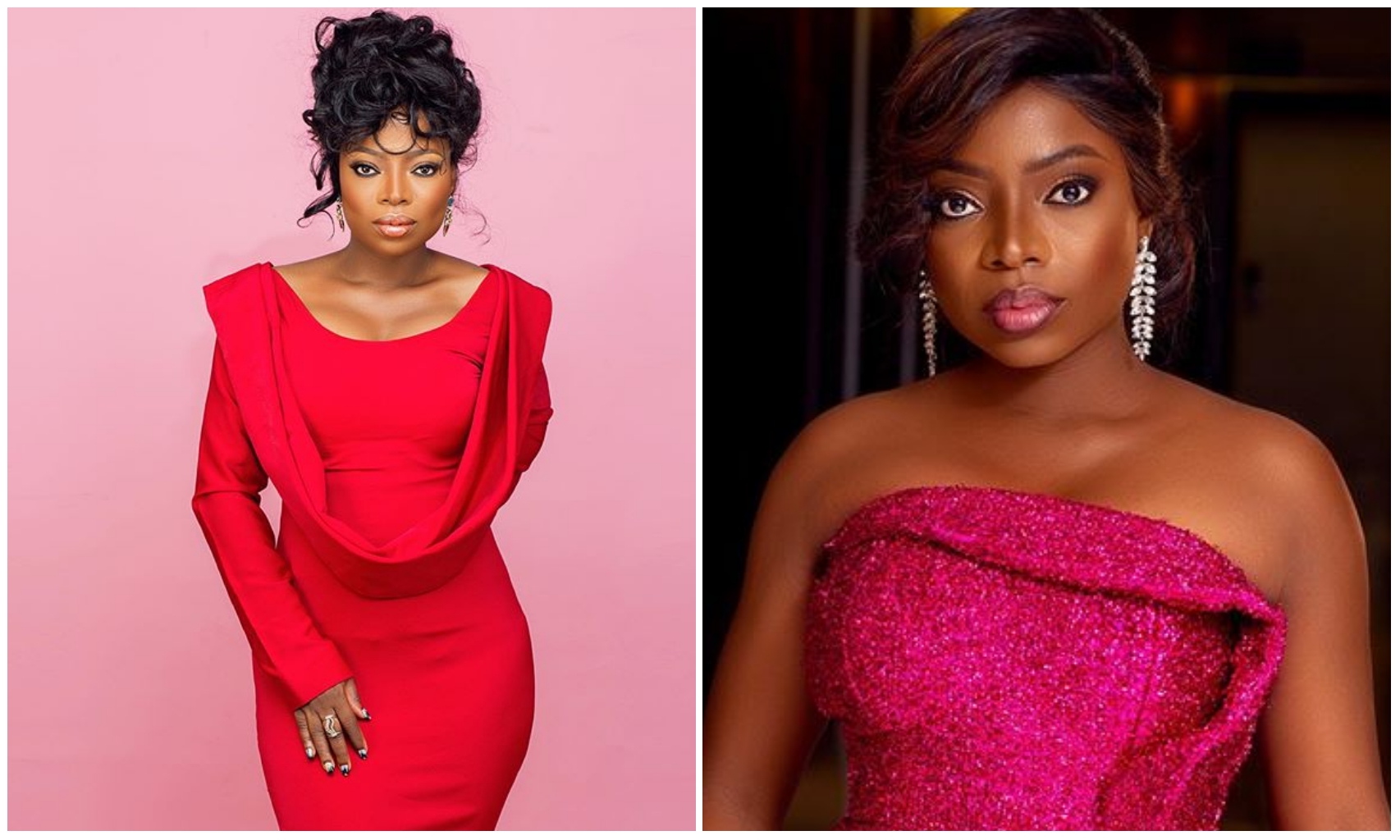 It’s no longer news that Hushpuppi have been arrested by the FBI and Interpol over an alleged involvement in cyber crime.

With Dubai police force sharing the video footage of how Hushpuppi and his friends were nabbed at their hotel room that have cost them 600k per night, top celebrities in the industry have voiced out their opinion.

Layole Oyatogun have now shared her opinion on the subject matter as she advised fans on the need to keep pushing and stop to glorify the so called Yahoo Yahoo boys.

According to the talented broadcaster, it’s so frustrating seeing some people defending Hushpuppi over his fraudulent crime noting that a thief will always be a thief.

Layole noted that people have lost their lives due to the Yahoo Boys that have extorted their hard earned money from them and they (Yahoo Boys) deserves no sympathy at all.

The ace broadcaster went as far as narrating how she was once a victim of cyber crime as she revealed how her bank account was hacked in China and how her hard earned money had gone in just a second.

She concluded by noting that Cyber crime is nothing anyone should glorify adding that one day they will surely reach the cross road that they will be forced to surrender the bad behavior. 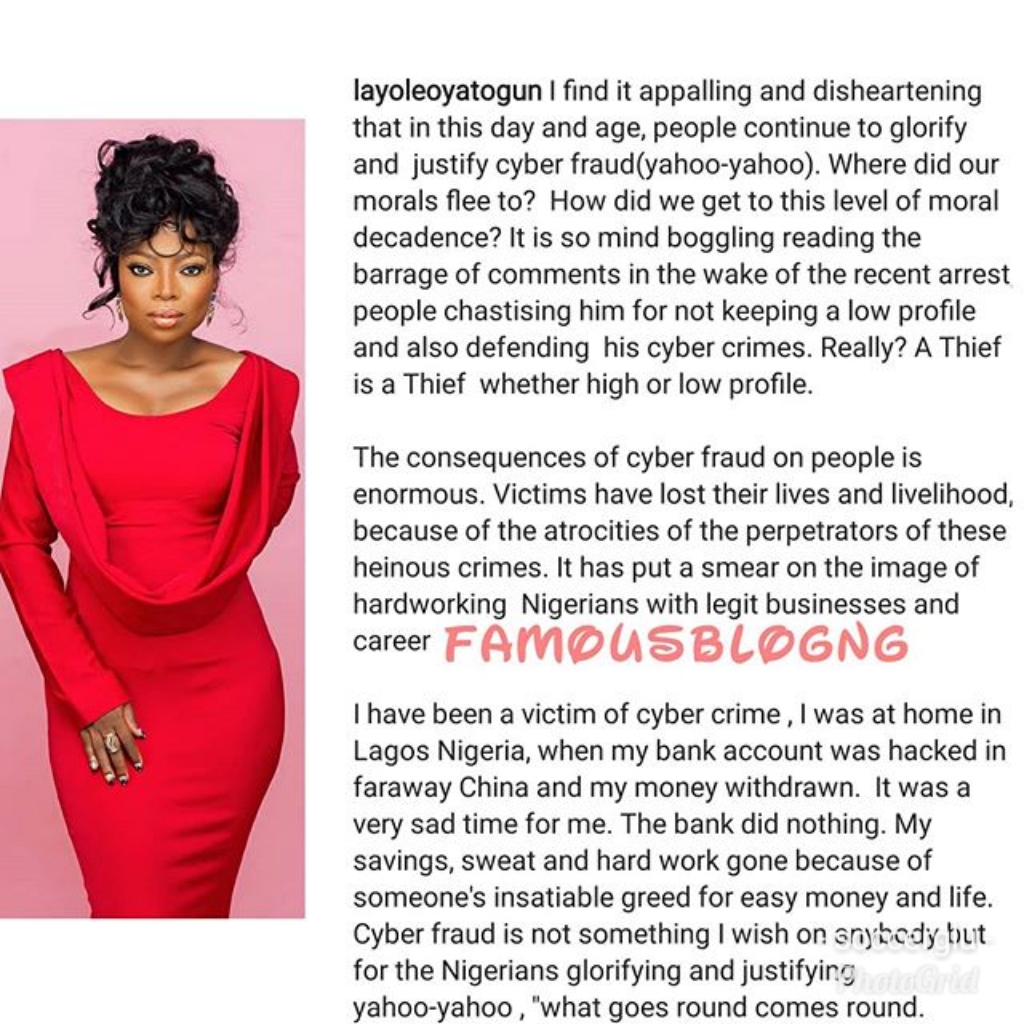