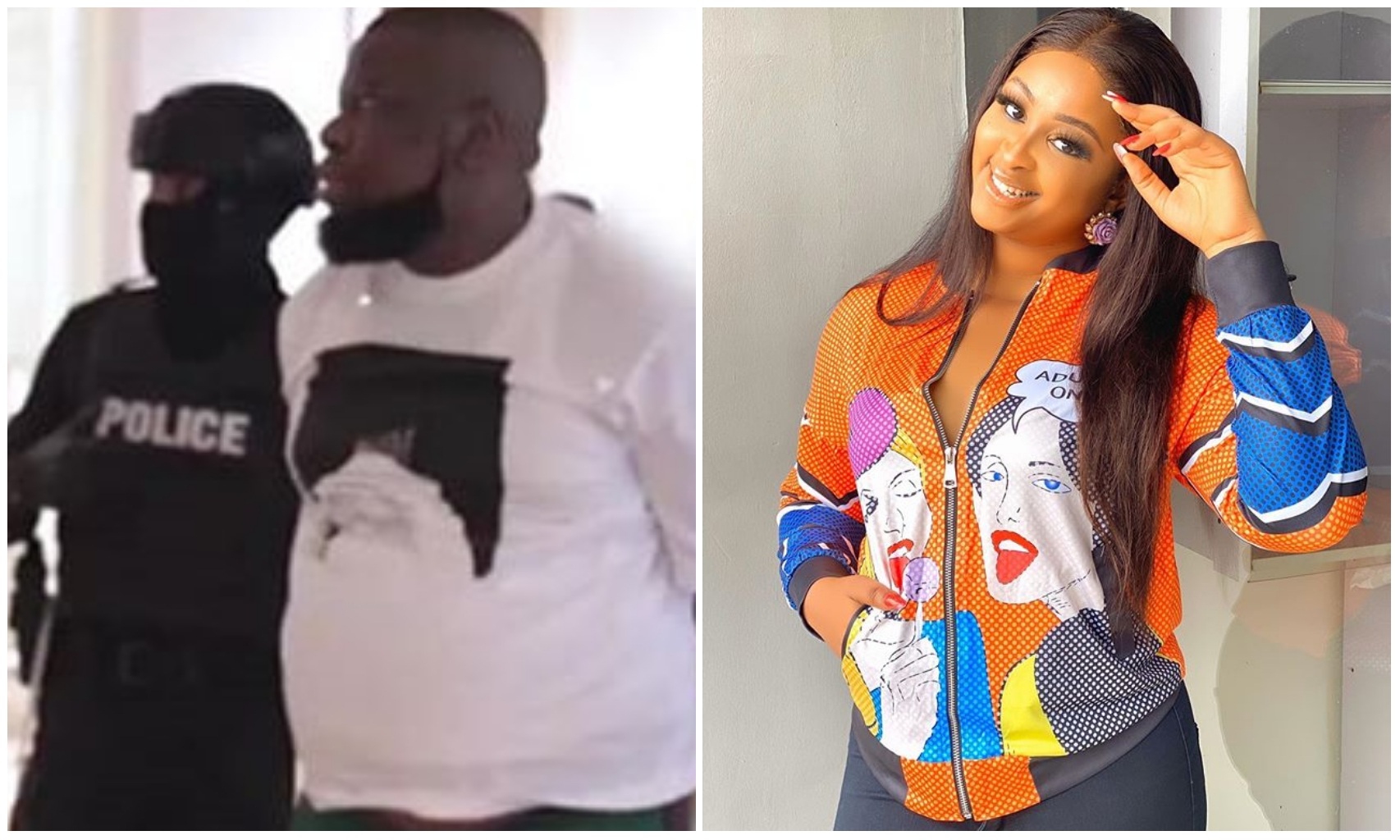 It would be recalled that Hushpuppi and his friends were arrested by the authorities for allegedly involving in Cyber Crime.

With the Dubai Police Force finally sharing video footage of how Hushpuppi was arrested in his room, top celebrities have reacted about the development with some advising the young ones to stay away from fraudulent activities.

Etinosa have now join the leagues of celebrities that will voice out their opinion and she has shaked a huge table while stating what she thinks is the fact.

According to Etinosa, all girlfriends of the so-called Yahoo Boys should be apprehended alongside their partners once they are being nabbed by the authorities.

Etinosa noted that since they are both enjoying the money when the boys were duping innocent people then they should face the consequence together.

She revealed this via a video posted on her official Instagram Page adding that some girls would not love to hear the fact.

Etinosa also advised young ladies to stay and hustle with their broke boyfriend who is in a legitimate business than stay with a fraudster that will eventually be nabbed.

Watch video of Etinosa speaking below:

Etinosa is famously known for being attacked by some fans over her comments and it’s left to see whether she will once again be a subject of trolls.

Many girls will not like this video 😂😂😂 Let me eat my corn and reduce the volume 🏃🏽‍♀️🏃🏽‍♀️🏃🏽‍♀️😂😂😂😂 #EdoBabe #Hushpuppi Send a DM now to @eandeskincare__ Do you want your stingy boyfriend/man friend to give you enough cash like you want? 📍 Are you beautiful but don’t have rich men coming your way to spend money on you ? 📍 Do you want your man to stop cheating on you and love you endlessly like you want? . . Dm @eandeskincare__ Now 60% off all products