Just like “Aladdin”, “The Jungle Book”, and recently “The Lion King”, the live-action remake of the most famous animated enemy-characters Tom & Jerry is coming soon to the big screens. And popular Asian actor Ken Jeong is already lined-up for a major role in the upcoming movie. 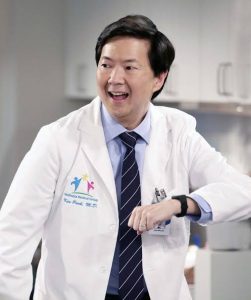 The 50-year-old actor is to appear alongside ‘Catastrophe’ star Rob, 42, in the upcoming live-action/animated hybrid movie from Warner Bros. which already boasts an all-star cast including Chloe Grace Moretz, Colin Jost and Michael Pena.

Tim Story will direct and executive produce the motion picture, which is based on the original series of cartoon short films created by William Hanna and Joseph Barbera in 1940. It is not yet known who Jeong and Delaney will play but Grace Moretz has been lined up for the role of Kayla, a new employee at a posh hotel, and Pena will portray her alter ego’s evil boss Terrance.

The plot will see Jerry set up home in the hotel and Kayla will hire Tom, who is living as an alley cat, to get rid of Jerry but the pair soon decide to work together to get rid of Terrance.

#BBNaija: Nengi breaks down in tears, says Ozo ignored her during their Saturday night party (Video)

Kemi Olunloyo is shaking tables, asks “what does Bishop Oyedepo need 9 Bodyguards for?”