Home Entertainment #BBNaija: I once had a bath with Nengi – Prince tells Wathoni...

Seems a lot is happening behind camera at the ongoing Big Brother Naija ‘Lockdown‘ show as Prince opens up on sharing the bathroom with Nengi. 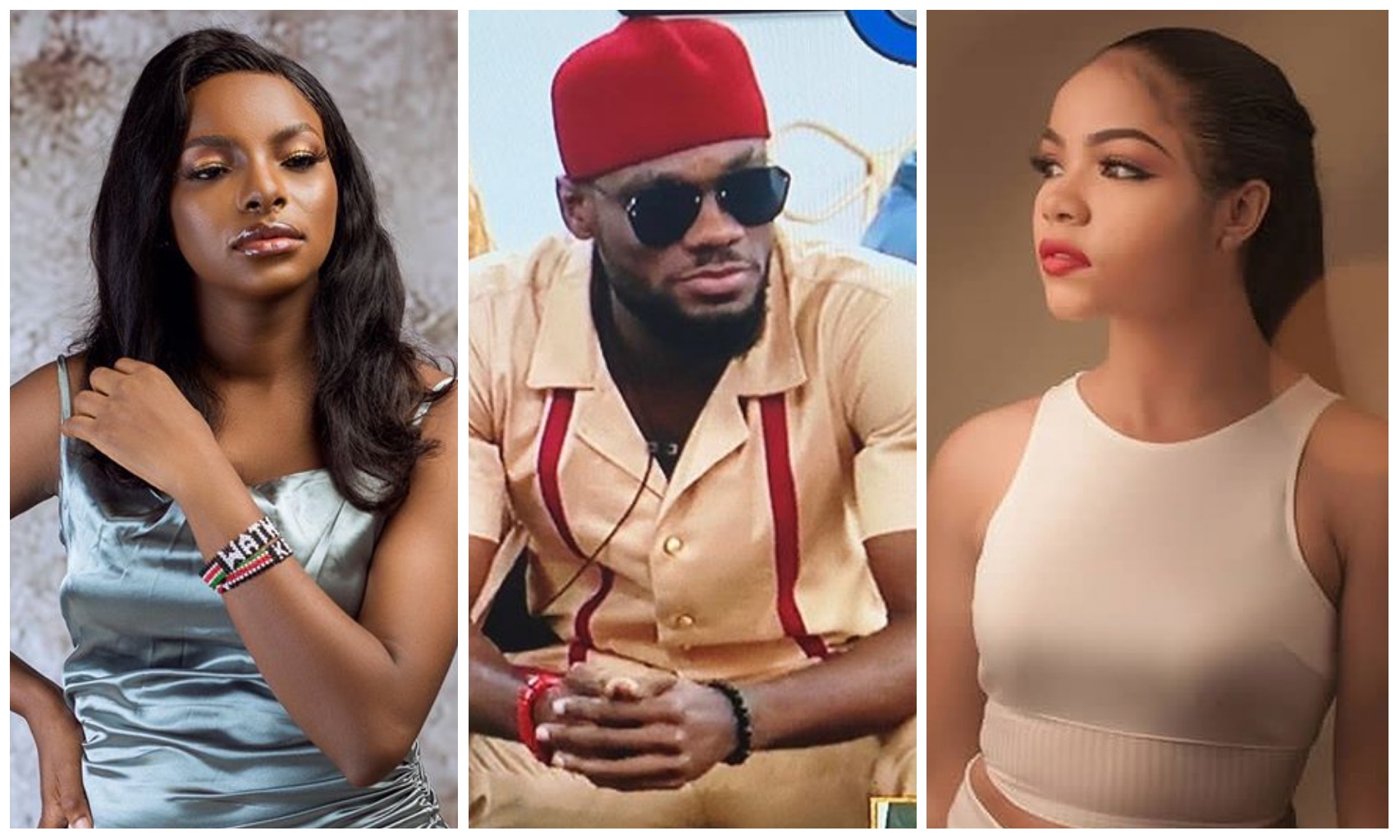 consistent in causing drama amidst male housemates who just can’t overlook her beauty.

work according to his plan.

Nengi have been giving him altitude in the house.

The former Mr. Nigeria stated that Nengi’s behavior towards him is because of the

time they took their bath together without the knowledge of other housemates.

how the incident happened.

See video of Prince speaking to Wathoni below:

have become her preferable male housemate at the show.

surprise if Prince revelation gets to Nengi who will surely react.

Only time will tell if she will deny the allegation made by Prince.

Henhen, things are happening oo 🙆🏽‍♀️ so Nengi and Prince have had their bath together 😱👀😱 What Lama Thinks: Just figured that it was Nengi he was talking about here and not Tolani as I initially mentioned. Could that be the reason Nengi has been giving him an attitude (as Prince had claimed). Also having their bath together does not necessarily mean that they were naked though… 🤔🤷🏾‍♀️ . . . . . . . . DM for our advert rates . . . Follow @intimatesecrets_queen for your sexual intimacy needs . . . Follow @cd.care.ng to buy appliances and pay in installments . . Follow @wse.ng_accessories for your beautiful customized jewellry. . . Follow @incredibleediblesng for your small and large event catering. . . Follow @edenstigernut for your healthy meal snacks . . Follow @everything_herbs93 for your natural body enhancing products . . Follow @sednaturals for your undiluted coconut oils . . Follow @yeyeolowoshibi for your delicious meals . . Follow @ishasplace for your body and spa works . . Follow @ebenezerruth for your beautiful designs and wedding stationery . . . #Lamagists #merike #BBNaija #bbnaijahousemates #bbnaijalockdown #bbnaijapepperdem #bbnaijaseason5 #bigbrothernigeria #celebritynews #naijacelebrity #nengi #ozo #mercyeke #laycon #erica #lilo #ericaelites #dorathybachor #lambomercy #layconicons #mercybbnaija #nengiroyals #pepperdemgang #celebritygist #pepperdem #hustlersquare Credit: Bigbronaija

Violette Johnson - August 31, 2019 0
Indeed there are circumstances that might seem very odd to overcome, but one just have to keep the focus and keep making strides irrespective. Veteran...

Dancer Korra Obidi Shares beautiful picture of her family, before and after pregnancy

Olumide Oluwaseyi - October 13, 2019 0
Getting back a beautiful shaped body is not an easy journey for most pregnant women but not for peace like Korra as she looks...

Adedokun Moses - July 30, 2020 0
Popular American singer and songwriter, Chris Brown, has got fans talking on social media after his recent move on Instagram. Chris Brown who is no...

These Hot Photos of Megan Thee Stallion are Melting the Internet

James Antwi - October 11, 2019 0
If you pay any attention to hip hop at all then you’ve no doubt heard the name Megan Thee Stallion. More importantly however Megan has...

Adedokun Moses - October 20, 2020 0
Multiple award winning singer and songwriter, Davido have nothing but sweet words for his son, Ifeanyi, who clocked one years today, October 20 2020. Davido...