Home Entertainment #BBNaija: Vote with your money not celebrities paying you to vote –...

Popular journalist, Kemi Olunloyo have attacked fans and followers of the Big Brother Naija show who are used to asking for fund before they vote. 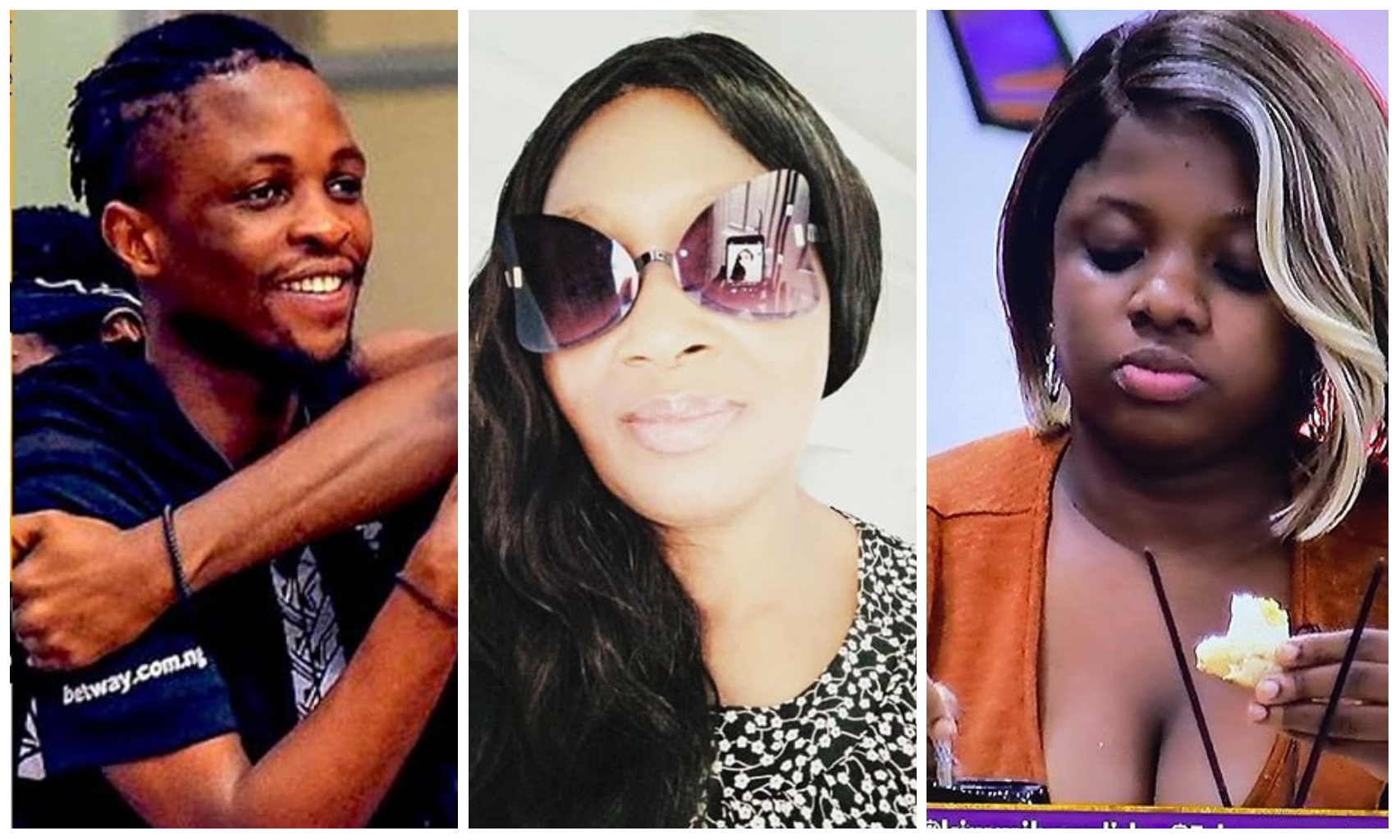 housemate are entertaining fans outside the show, their (Fans) vote is needed for

any housemates to win the show.

meant to keep them in the game.

With top celebrities also known for having interest in the reality show, some fans have

housemates, a move Kemi Olunloyo is not pleased with.

According to the talented journalist, nobody needs financial assistance to vote

to be curbed away.

Kemi Olunloyo added that this are one of the bad behaviors that have messed up the country.

Nobody needs financial assistance to VOTE on #BBNaijaLockdown2020 STOP that fraudulent behavior. If you like a contestant, vote with your money not a Celebrity paying you to vote. It is this nonsense attitude that messed up Nigeria. Politicians paying you to vote for them. 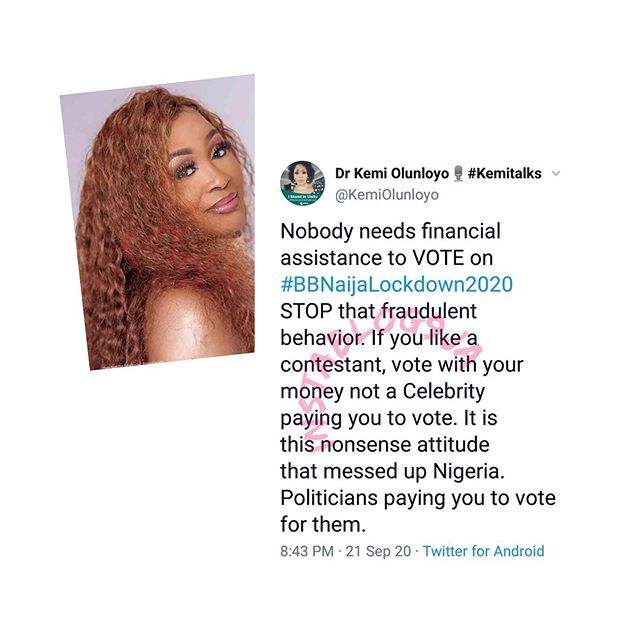 READ
Coronavirus: Runtown receives stimulus payment from US, opt to share with fans

Adedokun Moses - June 22, 2020 0
Controversial male barbie, Bobrisky has forged a great fans base for himself on social media and his welfare is always their priority. It would be...

If you can’t handle being talked about , you’re not ready to be successful...

James Antwi - September 13, 2019 0
Bodacious Ghanaian Socialite and Actress, Moesha Boduong, took to her Instagram to share these new stunning photos of herself posing in a very revealing dress...

Olumide Oluwaseyi - March 23, 2020 0
Mavin Records CEO, Don Jazzy wears Industrial Mask while barbing His Hair as he also tries to stay safe from the coronavirus pandemic which as...

Blogger Linda Ikeji having selfies in the closet (photos)

Violette Johnson - December 20, 2019 0
Popular blogger Linda Ikeji is not fully known as that type of lady that loves to take selfies at every opportunity, she's often busy...