Nigerian singer and songwriter, Samklef has reacted to the drama between controversial big brother naija housemate, Tacha and her biggest rival, Mercy. 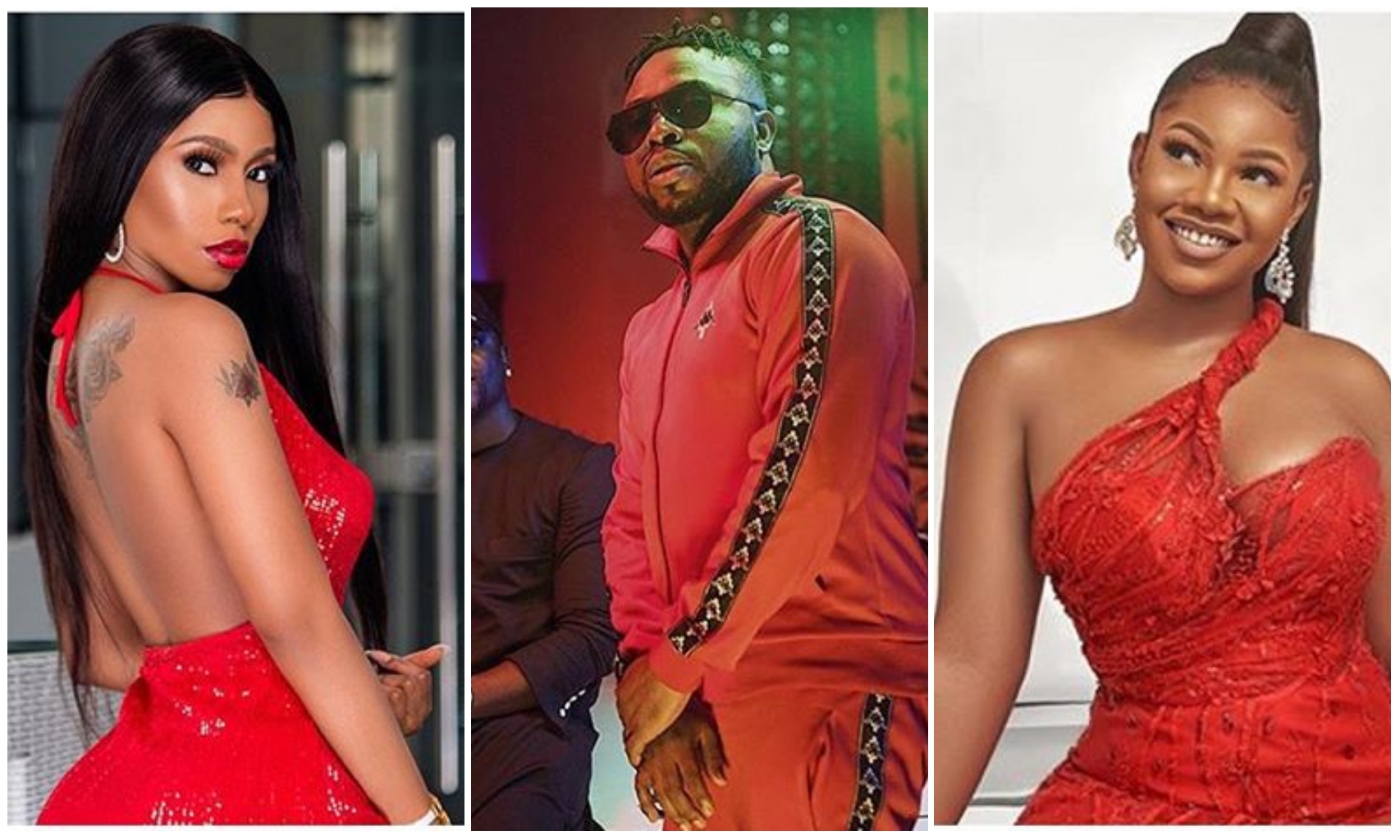 stated that she never dragged Mercy on social media after the end of the reality show.

at Mercy and her fans as well as trying to prove that she’s the best.

activities on the internet, Samklef has insisted that Tacha was the brain behind the action.

According to Samklef, Tacha has now begged Mercy to unblock her on Instagram

so they can start their friendship afresh.

to get apprehended by the authorities.

who are involved in such business with his statements.

Some fans went as far as asking the authorities to look into his business and check if it’s legit or not.

With Samklef now getting over the dramatic scenes it’s left to see whether the fans of Tacha whom are popularly known as the Titans will drag him on social media. 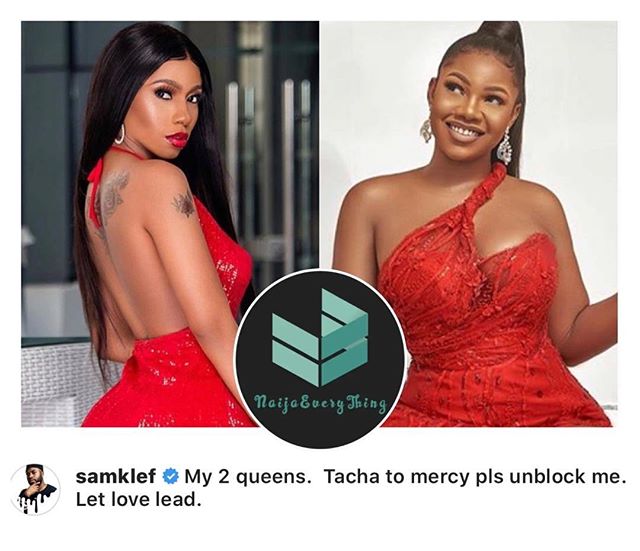 My wife, daughter and myself tested positive for Covid-19 – Peter of P-square reveals (Video)